by Maria Reidelbach
When the days are as dark and the landscape as bare as it is in January, it’s fun to experiment with growing food indoors—especially if your future delicious meal doesn’t need sunlight to thrive. Of course vegetables and fruit need sun for photosynthesis, but mushrooms are fungi and they don’t, so they’re perfect for winter gardeners. 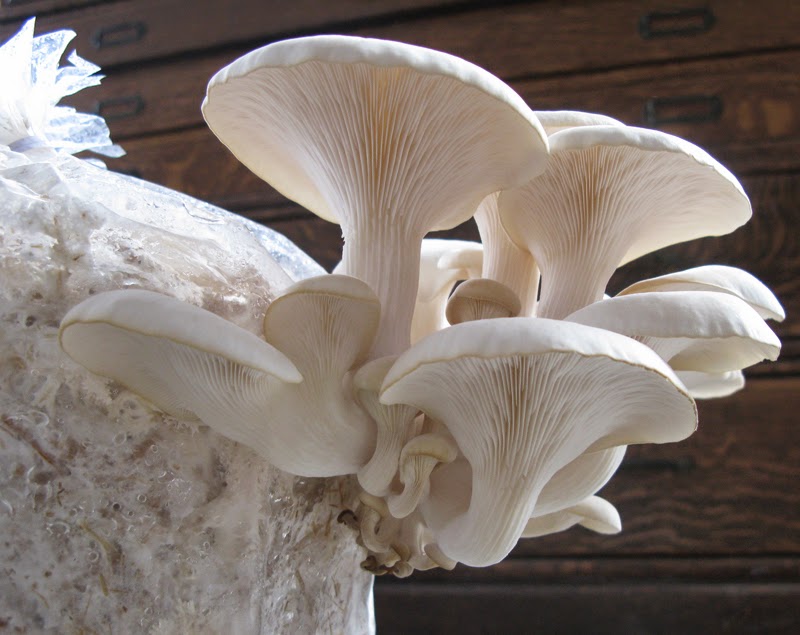