From Seed to Sheet 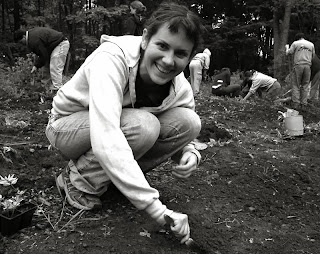 Women’s Studio Workshop (WSW) founders Ann Kalmbach, Tana Kellner, Anita Wetzel, and Barbara Leoff Burge had always envisioned adding a papermaking program to their repertoire of workshops. Although WSW had been making paper by hand since 1978, the operations took place in the attic of their James Street two-story house, which was far from ideal for workshops.
In 1981, WSW purchased a mercantile building on Binnewater Lane in Rosendale, which originally housed the Rosendale Cement Company Store and town post office. And by the late ’80s, WSW had a new spacious paper studio offering programs and classes for both kids and adults. WSW noticed that artists who came to work in their papermaking studio were especially interested in working with experimental plant fibers.
WSW had worked with plant fiber gathered from roadsides, marshes, and local farms (i.e. daylily, cattail, cornhusk). There were no full-fledged farms in the country devoted to developing fibers of interest to papermakers. In 1997, WSW officially teamed up with Phillies Bridge Farm, a fledgling CSA located in Gardiner, to make their own.
In 2002, however, an opportunity arose to farm much closer to home. WSW’s long-held dream of establishing a small-scale farm on site was finally coming true. Operations were relocated to a plot near the main studio and the new site was dubbed ArtFarm. For the first time WSW fibers and prepared pulp products would be grown, harvested and processed all on site. ArtFarm was created to serve as a basis of scientific, environmental, and artistic activities for artists in residencies, and for WSW’s Art-in-Education program, enlarging young people’s understanding of the natural world and how we derive our art materials.
When the property WSW was farming changed hands in 2008, ArtFarm went into a period of dormancy. A loss of AmeriCorps funding in the Hudson Valley three years prior had also left WSW without someone to work the land.
Luckily, back in 2000, WSW had purchased a large amount of wooded land with access to a water source. In 2009, they began clearing the land, which was historically used by the Rosendale Cement Company for mining. In repurposing the industrial site, WSW hoped to start a new era of ArtFarm. For the first time in ArtFarm’s history, it could finally take root in WSW-owned soil.
In 2010, AmeriCorps, in partnership with the Student Conservation Association (SCA), was able to provide WSW with funding to hire an intern as the new ArtFarm Coordinator and Educator. This position oversees the development of the new 8,500 square-foot field site. Recently, over 30 SCA and AmeriCorps volunteers worked in unison to build a fence for the new farm site. Over the course of three days, the crew erected a 450-foot enclosure, which now provides crops with increased protection against critters and blocks a steep drop off on the east end of the farm. Staff, students, and visitors now have the opportunity to safely explore and learn at the new site.
ArtFarm continues to grow traditional and experimental plant fiber, increasing the awareness of utilizing renewable plants in hand papermaking. Next time you’re in the Rosendale area, be sure to stop by and visit the Women’s Studio Workshop papermaking studio, and visit the ArtFarm next spring.