What’s In A Name

Traces of the Lost Lenape
by Gregory Schoenfeld
Say it to yourself, quietly: Shawangunk. 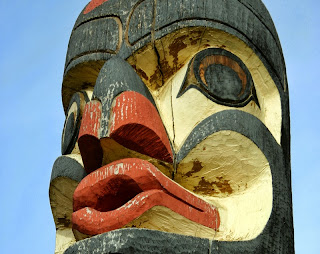 Now walk into a crowd, somewhere in the region, and announce that you are on your way to a hike up on the Shawangunk Ridge, and you may well have an unexpected debate on your hands: is it “Shon-gum”, “Sha-wan-gunk”, or something in-between? Whichever may be right or wrong, it seems it is of paramount importance to make certain that we correctly honor the memory of those here before us in this way. We seek to maintain that connection, in the face of the conspicuous absence of the people who called this region home for centuries: the Native American Lenni-Lenape tribe, which came to be known as the “Esopus” Indians.
What is in the name, or names, is another matter entirely, offers noted local historian Marc B. Fried. Fried—author of five books on the region, including Shawangunk Place Names: Indian, Dutch and English Geographical Names of the Shawangunk Mountain Region—clarifies that particular naming conventions were very much a product of European settlers, rather than a significant Native American custom. The resulting appellations, an amalgam of Algonquin, Dutch, and time-worn deviations, suggest fleeting remnants of the once mighty culture: they simultaneously keep us tied to that past population, and represent the kind of overwhelming cultural change that so swiftly removed them. The names of the people and places were necessary, largely, for the purpose of written agreements signifying land ownership, a concept foreign to the Native American paradigm until introduced by Europeans. “The cultural challenges were just immense,” says Fried, noting sadly that only 100 years following Henry Hudson’s initial 1609 expedition, only 10 percent of the indigenous regional population survived. By 1770, the last of the Esopus’ land had been sold; the story in the names that remain, in a sense, are what we have left.
According to Fried, “Esopus” (both the original name of the Kingston settlement and the name given by Dutch settlers to the local tribes) derives from an Indian word meaning “small river,” and first appears on a 1616 map of the region, used to notate the mouth of the Rondout Creek. Actually, Fried suggests, the name “Waronawanka” (people of the cove) would have been the way that those south of Kingston would have described themselves. Trails of the story, from another perspective, dwell in a name like “Mombaccus”, a Dutch rather than Indian word, meaning “mask”.  The name literally refers to an imposing figure of a man’s face—tree carving is a common Lenape tradition, to commemorate great people or events—found by Dutch cartographers while exploring that area. Even something as basic as “corn”, the thriving crop that even today helps define this region, is part of the tale. Corn comes from a Dutch word meaning “grain”, a more functional name given to the wondrous new food—Maize—that local Indian tribes offered for trade.
As to “Shawangunk”: it describes the very essence of our relationship to that lost and yet remembered past. According to Fried, this word first shows up on a Gertrude Bruyn’s 1682 deed to a tract of land in what is now the town of the same name. The meaning of the Algonquin word—”in the smoky air”—was most likely just a way to refer to that particular area on that particular day. The word is theirs, but the name is very much ours. The “Shon-gum” pronunciation, says Fried, is not how a native Algonquin may have said it; but in the Town of Shawangunk, it is most certainly correct, and has been for 300 years. So take a deep breath, say it loud and clear—and, when you do, try and remember.