What Kind of Economic Development Do We Want?

by David McCarthy
The recent cancellation of the plan for the Niagara bottling plant in Kingston was a real victory, not just for Kingston, but for our whole region. Kudos to those who rose to the challenge—especially the stalwarts of KingstonCitizens.org (you know who you are). This plan was so bad in so many ways that it ought to have been amazing that anyone would try to do something that dumb in 2015. Except that it isn’t amazing because corporations, working in collusion with misguided government officials, are doing this sort of thing all the time, all over the world. And they have been doing so for a long time.
We need to remember that the modern corporation has its roots in empire and colonialism. The East India Company, which was founded in the year 1600 and is widely regarded as the first modern corporation, was a monopoly granted by the English monarchy for trade in the Far East. It actually ruled much of India with its private armies and modeled its labor practices on slavery in the American South. The company remained in existence for 274 years.
The focus of this column is actually not the parasitic behavior of corporations, although I would like to emphasize just how entrenched that particular pattern is. What is more interesting is, well, what do we want? There are lots of viable alternative economic models out there, many of which have their own deep historical roots, such as the co-operative movement. But they all depend on people getting interested, getting engaged, and going beyond the usual habitual patterns.
We also need to develop perspective on our own local economic history. To give just one example out of many, the town of Saugerties was heavily industrialized by the mid-19th century with iron works, paper mills, quarrying (bluestone), and mining operations. That story repeats itself all up and down the valley, as does the history of decline and eventual departure of most such enterprises. It is entirely appropriate to call our Mid-Hudson region a post-industrial economy. We have evolved toward a service-based economy, with a travel and tourism focus, and a rich ecosystem of small businesses and practitioners of the arts.
It is even debatable, I suppose, as to whether we even need economic development in any organized or large scale sort of way. Though it is valid to question that point, I think we do need economic development, but it needs to be within the spirit of our region. We’ve seen primitive industrialization; we’ve seen the Hudson River turned into a sewer and waste dump, and no, we don’t want to go back to that. We don’t want to go backwards, but we do need to keep moving forward. Standing still isn’t an option—not if we care about opportunity for ordinary people in this region, and not if we care about really taking responsibility for how we live. 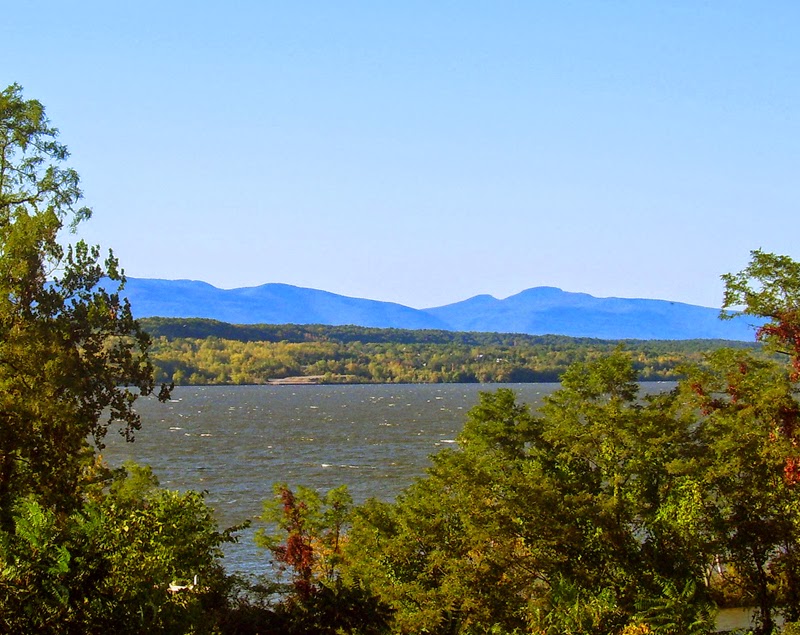 Even though the factories and refineries and chemical plants that make up the global industrial economy are not here, we certainly use all those sorts of production. Are we really so environmentally conscious if we’ve simply pushed the localized effects of such production to other regions? And what about the global effects we can’t escape, like climate change?
If I were to seriously think about planning for a hundred years in the future for this region, I would—sadly—have to assume significant sea-level rise, with a Hudson River (it’s an estuary you know) vastly expanded in width, and most or all of the towns along it massively disrupted if not inhabitable. I’m not saying this to freak anyone out, nor to drive us even deeper into our cocoons of denial. I suppose we need to have confidence that people in that era will deal with things as best they can, but I do wonder what they will think of us, their predecessors.
I would like to think there is a possibility that at least some of us will interpret the challenges of the present as a call to leadership, with real openness to new ways of organizing our relationship to each other and the planet. I’ll end with just a couple of questions for contemplation, with the intention that this conversation will move forward in future columns and, I hope, in person.
What about increasing awareness and implementation of the newly instituted New York State For-Benefit Corporation—and why should the State of New York give tax breaks to any other sort of corporation?
What about a federated system of co-operatives for truly efficient artisanal production? There is an amazing network like this in Northern Italy.
What about putting our retirement funds into local, sustainable investments, rather than sending them “down the river” to the casino called Wall Street?
To be continued . . . .
Email David at neweconomics@countrywisdomnews.com.