by Michael Nunziata
We cheered the British Crown at a party last month, recalling the autumn day in 1777 when its Navy sailed up the Hudson and its Army burned down Kingston. I paused to thank the Queen for the ice cubes clinking in my glass, a local grant of water descended in straight lines from a Woodstock faucet and the common laws of England.
The English doctrine of water rights is called riparianism/ Riparianism provides the basis for surface water allocation in 31 U.S. states. (Groundwater is a separate subject altogether.) New York is a riparian-rules state. Put simply, riparianism refers to the bundle of water use rights attached to certain waterfront properties such as those along rivers, lakes, and streams (“surface waters”). The usage rights belong to the owners of riparian lands. Usage rights do not necessarily mean ownership rights: the sovereign “owns” the water for the benefit of its citizens. The usage rights stay with the land, regardless of changes in ownership. The doctrine arrived here with the Crown’s colonial governors to manage settlement, trade, and industry across the water-rich colonies of the Atlantic seaboard. 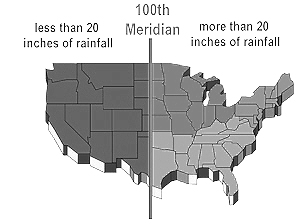 Riparian rights include access to the water and its measured use for chosen purposes, though riparian owners are not obliged to use any water at all. For colonial riparians who did, the English rule required them to use the water on the same property it came from. This has changed: modern riparian owners can use the water both on the riparian land and off, so long as they don’t interfere too much with the ability of other riparian owners to use the water, too. There are no riparian rights in municipal reservoirs and most other artificial water bodies. And as with all laws, there are exceptions to nearly everything on this page.
The British went home after the Revolution, leaving their doctrine behind. The Crown’s sovereign authority over water rights passed to Congress, which in turn handed it over to each newly created state.
Riparianism is one of two competing systems of U.S. water rights that govern surface water allocation. The other doctrine is called prior appropriation. A state’s choice between the two depends on its own peculiarities of geography, climate, history, and population. But mainly it comes down to precipitation.
The U.S. continental landmass is rather neatly divided into humid states and dry states. East of the Hundredth Meridian, crops will normally grow without irrigation. But in many lands west of the Line, farmers must carry the water they need to their fields. The two alternative water doctrines reflect this difference: most humid states have adopted riparian rules, just as prior appropriation took hold in states with little surface water and no direct connection to colonial England.
In contrast with riparian rights, which run with the land, prior appropriation rights follow a person. This doctrine grants water rights on a first-come, first-served basis to anyone who uses surface water in a “beneficial” way. Because appropriation rights do not attach to the land, appropriators are free to divert water long distances from its source. And unlike riparian owners, appropriators must actually use the water they’re granted or else forfeit their rights—and their water—to the next-served person waiting in a long line.
The two doctrines belong to the common law, which means case law: the laws derived from judicial decisions. In addition, the water rules of New York (and all U.S. states) are subject to a perfect raft of statutes and regulations that range from local ordinances all the way up to the U.S. Constitution, with the regulatory agencies pulling at the oars and the Navy lining the rails. If it sounds like a disaster it isn’t: each part serves a different aspect of water, such as trade, security, food, health, and energy, just to name a few. When the rules do collide—or when someone wants to know what “beneficial” means— it’s often the courts that resolve the conflict. If anything, it’s the gaps between the rules that want attention.
Hudson Valley residents live in a region that is abundantly blessed with water. The resource is finite while our demands upon it increase. The state understands its water needs and, more importantly, that water policy doesn’t stop at New York’s borders. The challenge ahead for all states is to measure the water we’ve got, protect it from pollution and plunder, and find ways to do more with less of it. I would drink a toast to that.
Michael Nunziata practices water law in New York state. Email him at mnunz@nyfwlaw.com.