by Michael Nunziata
My friend Matthew is a Woodstock farmer who cultivates interesting things, among them flowers, earthworms and fig trees. Mostly he grows food that tastes good. Everything he grows he sells in his market. Because he helps to feed his town, Matthew knows his produce must be as pure and wholesome as he can make it. In practice, he relies mainly on the blessed trinity of soil, sun, and water. Long experience counts for much; so do the best “inputs” (minerals, fertilizers, compounds and seed) applied in their exact amounts. Blending art and science, and barring catastrophe and blight, Matthew generally brings home a fine crop. 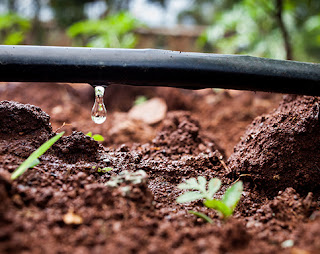 In March he warms his greenhouse and surveys his fields. I found him outside in muddy boots, looking thoughtful. He said that he was concerned for the purity of the crops he grows.  I knew that Matthew follows the strict federal organic rules, sometimes finding ways to outperform them. No, he said, it wasn’t the rules. The problem is rather a lack of rules for his water source, the water that nourishes his farm and his family. Matthew suspects that his water source contains the usual mix of fluorides and chemicals, but he doesn’t know the ways it might alter the foods he grows, their flavors, nutrients, and essence. He doesn’t know the extent that treated water in crops affects the health of his town. The otherwise rigorous organic guidelines are silent on the question. Matthew routinely measures the quality of soil and seed down to the smallest grain, but water? He simply doesn’t know.
Organic food production in the United States is governed by a framework of rules called the National Organic Policy. First published in 2000, the NOP grew out of the Organic Food Production Act of 1990, which authorized the US Department of Agriculture to implement a national organic standard. The USDA accredits regional organizations in the 50 states to certify that organic farmers are in line with the NOP rules. Like the NOP itself, the certification process is lengthy and demanding. The rules (80-plus pages) cover every aspect of farming, from soil composition to livestock drainage, tractors to toxins, and all else that concerns the cultivation and delivery of organic food. Every aspect, that is, except water quality.
Caitlan Reilly is the Crop and Livestock Certification Coordinator at N

OFA-NY, the New York chapter of the Northeast Organic Farmers Association, the oldest such organization in the country. Caitlan says that NOFA-NY’s certification process does indeed require a test for potable water, but only for operations that use non-municipal sources of water to wash harvested crops intended for human consumption. The rule aims to prevent the spread of waterborne bacteria such as e-coli in crops sent to market. But neither the USDA nor its NOP-accredited organizations like NOFA-NY are tasked to test the water that goes into a plant that a farmer grows for food.

We Americans are an optimistic lot. Along with the Assumption of Plenty (the foundation of water laws in the eastern United States) both halves of the country hold on to an Assumption of Purity. This is the abiding belief that most of our tap water sources are more or less clean and fit to drink. Sure we spend sums at hardware stores on a range of home filters, and sure the horror story of Flint, MI has somewhat dented our long-held faith, but for the most part we give little thought to the quality of our tap water, so long as the taps continue to pour.
But not everyone ascribes to assumptions. My friend Sharif is the head brewer of a microbrewery in Yonkers. Like Matthew, Sharif brings a profound imagination to an ancient craft. The key to brewing success, says Sharif, is the mastery of the ingredients and the knowledge of how they interact with each other. Water is his most important ingredient (it makes up 90 percent of beer and crops) and he takes nothing for granted. Part of his job is to create water “profiles”, precise mixtures of minerals and ions in the water to fit each of his recipes. Last year, Sharif concocted 40 different recipes to brew 85 batches of beer, all of which sold out. In his current favorite water profile, he’s managed to recreate the fabled source waters of Plzeň, a Bohemian city in the Czech lands, the birthplace and shrine of pilsner beer.
For purity’s sake and the planet’s, I intend to take Matthew and visit Sharif’s brewery.
They can talk about water profiles while I study the empirical results. We’ll likely come home in a cab.
Michael Nunziata practices water law in New York State.