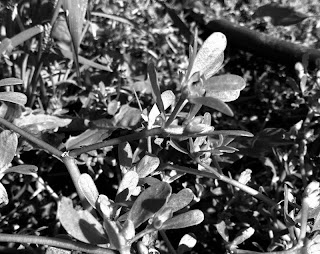 We all love vegetables. From the early harvests of spinach to the gathering of pumpkins before the first frost, vegetables provide us with a healthy and (hopefully) bountiful season. The sight of lettuce, tomatoes, peppers, and other staples in a home backyard is always a pleasure. However, there are several less popular, yet equally nutritious plants growing in our area that deserve a closer look.
Amaranthus, commonly known as amaranth, is one of these edibles. Although it is often considered a weed, it is a plant of many uses that grows very well in the Hudson Valley. Amaranth’s existence has spanned centuries and was used in Mexico even up to 7,000 years ago. Its value still holds true today as both a nutritional plant and grain. It is considered by some to be one of the most nutritious plants in the world. The edible leaves and stems both contain high amounts of Vitamin A and C, protein, calcium, and iron. It can be tossed into a salad, though may be bitter when eaten raw. When cooked, amaranth should be treated as spinach and can be used in a stir-fry or soup. The grain of amaranth obtained from the tight clusters of flowers is very high in protein, iron, the amino acid lysine, and is also free of gluten. For a protein-filled snack, the grains can be prepared like popcorn. Stemming from the Greek word amarantos, or “one that does not wither,” amaranth is a great choice for any home garden. Its color can add a level of aesthetic to a vegetable garden or used ornamentally and cut for home decoration.
Purslane is another useful plant that grows plentifully in our area. It is an Old World plant whose distribution has been seen from North Africa southeast down to Australia. In the New World, it is commonly viewed as a weed and removed as such, though it is very healthy and beneficial to us. The stems, leaves, and small flowers are all edible. Similar to amaranth, purslane may be prepared in salad or cooked like spinach. Purslane contains more Omega-3 fatty acids than any other vegetable leaf plant, is rich in vitamins A and C, as well as in minerals such as magnesium, calcium, potassium, and iron. It is related to the annual succulent portulaca, known for its spiky, cascading leaves and flowers ranging in color. Purslane can be cultivated just as well as an efficient ground cover and a healthy addition to an edible garden. 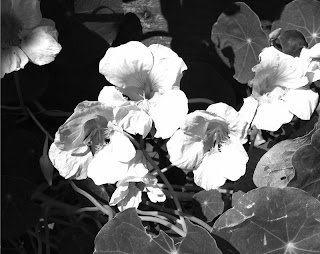 Nasturtium is a plant popularly cultivated in local gardens, yet is perhaps less known for its contents. It is a showy, self-sowing annual that grows year round in some regions. All parts of the plant are edible, though its flowers are most commonly consumed. The flowers have a spicy, peppery flavor and may be enjoyed raw in a salad or used to make zesty vinegars. Raw flowers may also be stuffed with cheeses for a healthy snack. The plant is rich in Vitamin C and is an antibacterial, antimicrobial, antioxidant, and antiviral agent. Nasturtium adds bright and intensely colored flowers to a garden—and it contributes to a tasty harvest.
Nature offers us an abundance of beautiful and delicious plants rich in nutrients. It is important to acknowledge all that our local plants may offer to us, from the innate beauty to the great tastes.