The Soul of a Hometown 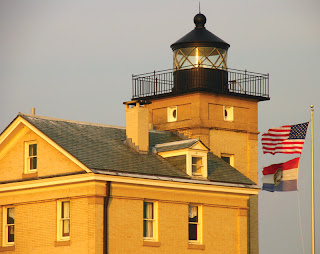 2011 will mark the 200th anniversary of the incorporation of the Town of Saugerties, Ulster County’s largest community. Events throughout the year will toast the progression of Saugerties’ history, from Revolutionary War reenactments to the resurrection of the beloved Old Timers Day festival. Still, to hear it from lifelong Saugerties resident and Historical Society President Marjorie Block, the town’s definition is much more than just the sum of its parts: Saugerties’ fierce community pride is a cherished entity unto itself.

This past November 1, Late Night host and Saugerties favorite son Jimmy Fallon took a minute to give a nationally televised “shout-out” to his hometown of Saugerties. With a sincere smile, the comedian set aside his usual banter and explained that he had just been back that weekend, and that Saugerties was “looking better than ever.” From the pristinely maintained 1727-built sitting room of Main Street’s Kiersted House—part Historical Society headquarters, part museum, part community center—Block explains the expanse of what Fallon’s comment truly encompasses.
Block’s family was right here in 1677, when the land that is now Saugerties—known regionally for the stream that powered Barent Cornelis Volge’s saw mill, the “Sawyer’s” or “Saugers Kill” in Dutch—was first purchased from the local “Esopus” Indians. The area remained a sparsely populated outpost of Kingston for decades to come: until 1825, in fact, when the vision of a New York City industrialist sparked its meteoric growth.
When Henry Barclay arrived, spurred north by the 1825 opening of the Erie Canal, he immediately saw unlimited industrial potential; the serpentine Esopus Creek would provide the power, and the adjacent Hudson River offered ideal transport access. By 1827, Barclay had built the Ulster Iron Works on one branch of the creek, and a paper mill on the other. With the continual expansion of other industries (Block reports that Saugerties bluestone built the sidewalks of New York, Boston, and even Havana, Cuba) the hamlet that boasted only 21 houses in 1811 had, by the 1880s, swelled to a population of nearly 5,000. By the end of the century, Block explains with a smile, the Village of Saugerties sported 49 taverns. She adds, wryly, that a law had to be enacted to prevent drivers, carrying explosives to Quarryville, from stopping in for a couple of rounds along the way.
Expansion and economic growth remained a common Saugerties theme through the 20th century; it was, perhaps, the economic devastation caused by the downsizing of Kingston’s IBM facility in the early 1990s that dealt Saugerties its greatest challenge. Yet it is the response to that hardship—the continued reemergence that Fallon enthusiastically points to—which speaks of the depth of spirit of the Saugerties community. That community, which rebuilt the landmark Saugerties Lighthouse, which restored its school district’s sports program, refuses to be deterred. From Harvey Fite’s legendary sculpture park Opus 40 to the burgeoning ranks of artists and artisans, to the annual Garlic Festival, to the new shops and restaurants lining Partition Street, Saugerties continues to grow more vibrant than ever before. There is certainly a lot to celebrate this coming year, says Marjorie Block. “This is home,” she proclaims. “This is just the place to be.”
For more information on Saugerties, and upcoming events, visit www.saugertieshistoricalsociety.com and the Chamber of Commerce website at www.welcometosaugerties.com.