The Power of Civil Money 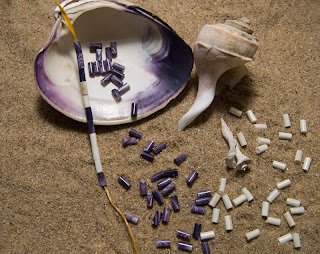 I would like to revisit the related ideas of civil credit and civil money this month. The reason for that is that the Hudson Valley Current, which is a working embodiment of these principles, is now in beta testing, and we have about 30 members trying it out. That’s pretty exciting for those of us working on the Current. But for this project and others like it to succeed, people need to get a clear understanding about why it’s not just some sort of cool experiment. We need to see how it works—and for that matter, what money is in the first place.
It has been said that there are really only two kinds of money. The first kind is commodity money. That traditionally has meant gold and silver, but also things like salt or sea shells have been used. Then there is money based on credit and debt. One early form of paper money was a hybrid of these two, since it was issued as certificates of deposit at a goldsmith for gold. People had faith in the bills since they were redeemable in actual gold. The bill itself represented a credit for a certain amount of gold.
Over the years, the gradual historical trend toward government-issued money has complicated the subject considerably. Though that’s an interesting topic, I’d like to sidestep it here because, well, civil money itself sidesteps government-issue altogether. To understand this, we need to look at the basic—and very simple—nature of credit-based money.
Money that is issued on the basis of credit depends, by definition, on some degree of trust between people or in a society. I say “some degree” because an example of this could just be an IOU that I give to a friend for $10 or maybe a bag of apples. In that case, the trust is just between that friend and me. Now, if we had another friend who knows and trusts both of us, that IOU could very conceivably be exchanged with him or her for some equivalent service, and presented to me to pay off the debt. In that simple example, the IOU is civil money. Note that the “money” disappears when the debt is paid.
The Hudson Valley Current is nothing more than an expansion of this example. It is a system of civil credit operating in a local system of known and trusted members, organized by a nonprofit organization. The accounting takes place via a web-based credit clearing system. When I deliver goods or services to a member, I get a credit, denominated in Currents (the value of which is set equal to a dollar). The buyer of my goods gets an interest-free debit. A small transaction charge helps cover the cost of operating the system. The buyer offsets the debit by selling his or her goods and services into the network.
Just as an atom in the physical world is composed of particles with positive and negative charges, credit-based money is an “atom” of credit/debit. In a mutual credit network, the sum of all the accounts at any one time will be zero. The amount of money in the system is just the sum of all the positive balances, but that number doesn’t matter much. What is important is that there is enough money provided for the purposes of the members—and the system is designed to do just that. The money itself is simply a dynamic process, a Current if you will, that facilitates needed transactions. To be sure, managing such a system requires careful oversight and account controls, but the fact that it is a local system of known parties will help to keep things in balance.
So now we’re ready to see the power of civil money:
• Like any local currency system, it strengthens the relationships of locally owned businesses and individuals. Local money circulates locally by its very definition.
• Bringing money creation down to the local level will help us weather the storms and instabilities of the global and national economies—especially of credit and financial systems. Inflation or deflation, which may have nothing to do with the productivity of our local economy, can be sidestepped by using a currency that is based on direct delivery of goods and services.
• Short-term, interest-free operational credit removes all kinds of barriers to prosperity for ordinary people and small businesses. You will find a whole new network of trading partners. They will be able to afford your services, and you theirs. If you see this, you’ll see how it can help you. But at the same time, using such a system benefits the whole community. In short, it’s a way of practicing altruism while helping ourselves at the same time. If that’s not win-win, I don’t know what is.
neweconomics@countrywisdomnews.com
www.hudsonvalleycurrent.org
Recommended reading: The End of Money, and the Future of Civilization by Thomas Greco