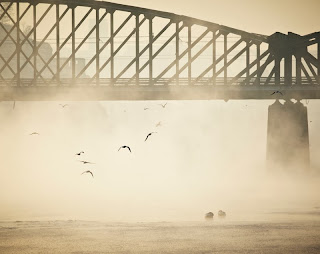 Last month we talked about the idea of doing a personal practice of contemplating economic matters. The suggestions I gave were quite general, such as thinking about what it would be like to be one of the billion or more extremely poor people in the world or, conversely, thinking about the perspectives of the very rich. This month, I’d like to share some thoughts about the contemplative process in crafting solutions to the vexing economic problems that we face today. My own process of contemplation in that regard, starting in the late 1990s, led to my development of Civil Endowment Theory, which I have been discussing publically since 2009, including here in this column.
When we talk about the New Economics, we usually mean finding a path toward a gentler, saner approach—one that is fair, inclusive and ecologically sound. Then there’s the “old economics” in which money is king, competition can be brutal, human values are ignored, and the environment is not even on the radar. How do we find a bridge to solutions that reflect the more positive values of the New Economics?
Let’s talk a little about methodology. If you approach economics from the point of view of pure thought, an obvious starting point is the existing body of theory in the field. Let’s call this “canonical contemplation” since economic theory can take on a quasi-religious dimension. This is mostly what goes on in higher education. You study the accepted views of whatever school of thought you adhere to, and take it from there. Most thinkers don’t venture very far afield. My own approach has been as an “at large” student of the field, which means I didn’t need to drink the Kool-Aid of any particular dogma. Anyone can take this approach. Just pick up a copy of one of the many influential books written on the subject such as The Wealth of Nations, Das Kapital, or The General Theory of Employment, Interest, and Money. (Actually, you’ll probably get more out of The Worldly Philosophers by Robert L. Heilbroner, a book that brilliantly explains the work of the seminal thinkers of economic history, and has gotten countless people interested in the subject.) In the New Economics, the canonical thinkers are many of the folks I’ve written about in this column, such as E.F Schumacher, Hazel Henderson, and Herman Daly.
Once you’ve been exposed to the basic concepts, OK, let’s solve the problems of the world! What kind of tools are we using here? Obviously we are using the intellect, but what is informing the intellect? Again, the obvious response is “conceptual analysis,” but there’s another powerful capability of the mind, namely intuition, that needs to come into play. Intuition is the key to a more heart-centered set of solutions, ones based on human values. At the same time, how do we craft solutions that are really feasible, that pass the “real-world sniff test,” as it were? What I’d like to suggest here is an approach that uses multiple methods or modes of mind to get where we need to go. Intuition is perhaps the most unstructured of these, and besides giving access to more heart- and value-centered ideas, it also potentially frees us from the burden of conventional thinking. Allowing oneself to feel and think freely is a beautiful thing. At the other end of the spectrum are the empirically based methods associated with the more scientific aspects of economics. If you don’t let observable facts intrude, you may remain in La-La Land for quite some time! However, if you allow creative thinking to arise, and temper it with honest observation and rigorous feasibility analysis, things can get very interesting. You may actually come up with something that works. I call this approach “co-centric” analysis, because it brings in a balanced set of methods, all sharing a common purpose.
Going back to the idea of building bridges between the old and new economics, I’d like to discuss an innovation which is not mine, but which has special significance to me, namely the mutual credit network. It is significant to me because our local implementation of the idea, the Hudson Valley Current project, is about to go into beta testing this month after three years of planning and community building. Initially it will just be for businesses that wish to trade with each other on a multi-party barter basis, but we plan to expand to business-to-consumer functions and even a printed local currency soon. (Email us at hello@hudsonvalleycurrent.org if you are interested in participating.) This sort of project is a great example of a transitional economics, in the sense that it honors the conventional exchange economy, yet bypasses many of the obstacles that businesses and individuals face in using government-issued currency and conventional financial institutions.
The worldwide movement toward localized transaction systems is a great example of practical, solution-based contemplations that are arising as people work together to address the issues we face.
neweconomics@countrywisdomnews.com