by Anne Pyburn Craig
“This really all started with just the love of good food,” says Jim Hyland, sounding a bit amazed. Before moving with his young family to New Paltz in 2005, Hyland was an equities trader. Little did he know that 10 action-packed years later, he’d be named one of Farm Credit’s “100 Fresh Perspectives” in their Beginning Farmer Achievement category. Or that he’d be heading to Georgia at the end of this past March to participate in the National Good Food Network’s National Food Hub Conference.
The Farm Bridge, a company made up of the two agricultural businesses Hyland started in Ulster County, brings together the beloved New Paltz-based Winter Sun CSA and Farm to Table Co-Packers, the processing facility Hyland started in the former IBM kitchen in the Town of Ulster in 2010. “We put the companies together under the Farm Bridge name on January 1 of this year,” he says. “It offers a little more clarity on the mission and what we actually do: bridging the gap between local farms and consumers.”
The Dawn of Winter Sun
Back in 2006, Hyland was frustrated by the fact that fresh local food was only available at harvest season. Studying on the topic, he realized he wasn’t alone—and that local farms, not just consumers, wished it were otherwise. Making a living solely from day-to-day sales at farmers’ markets, CSA shares, or a farm stand is effectively just as impossible as finding fresh Hurley sweet corn in February once was.
A lot of people would simply have tsk-tsked at the farmers’ dilemma and headed home to freeze a few quarts of berries for themselves, but not Hyland. He decided to open an operation called Winter Sun Farms, buying, freezing, packaging, and selling local produce via a community-supported agriculture “shares” model so that folks in New Paltz and beyond could enjoy it all winter long. “Winter shares” proved to be wildly popular. 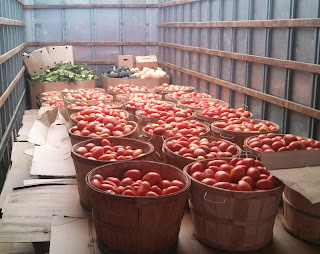 “Sometimes it seems like it was only a minute ago,” says Hyland. “The whole concept really did start from just wanting more local food, and it’s morphed and grown in awesome ways. And it will continue.”
His timing was spot on. The alarm had long since been sounded that the Hudson Valley and the state were losing agricultural land at an alarming rate; everyone knew that there were hungry hordes just an hour or two to the south. Studies put the New York City unmet demand for local food at at least $700 million. The logistics of getting local food down there and sold to the hungry hordes and keeping agriculture as a viable sector of Hudson Valley life were daunting. The nonprofit Hudson Valley Agribusiness Development Corporation was founded in 2007 with the mission of providing “balanced, market-based” solutions to the problem.
Hyland realized that frozen CSA shares were just one segment of a potentially larger operation, and that many local growers had the potential to create value-added products—but not the facilities to easily create them and meet regulatory requirements. With partner Luke Roels, he began doing some value-added production at the Hudson Valley Food Works kitchen in Poughkeepsie.
Finding a Home
When the FoodWorks kitchen closed, Hyland and Roels secured a $230,000 convertible loan from the Empire State Development Corporation and began an intensive makeover of the 21,000 square foot former IBM kitchen in the Town of Ulster.
“They converted IBM’s dishwasher into a semi-automated vegetable washer,” reported Adam Bosch for the Times Herald-Record in 2010. “The conveyer belt that once moved lunch trays now acts as a production line. The facility has 250-gallon kettles to cook big batches of food, machines to slice veggies and grind meat, and a blast freezer that quickly brings food to storage temperature. Farm to Table (Co-Packers) is certified by the US Department of Agriculture, allowing processors to cook and package meat in the super-sterilized kitchen. The facility has many uses. Farmers can rent storage space in the 1,200-square-foot freezer. Wholesalers can use the kitchen to cook and package their specialties.”
The ability to produce value-added and shelf-stable products was an immediate hit. Pickle companies Spacey Tracey’s and Rick’s Picks, begun as home-based labors of love, jumped at the opportunity to expand production and product lines without having to set up industrial-sized kitchens of their own. Established local farms such as Migliorelli’s of Tivoli began making use of the co-packing potential.
In 2011 area farmer Paul Alward, seeing distribution as another of the big missing links in the local food supply chain, founded Hudson Valley Harvest based at the IBM site. The combination made the Hudson Valley Food Hub a viable reality. In 2012, over two million pounds of food were processed through the facility on their way to retail locations all over the tri-state area and beyond.
Meanwhile, awareness of the importance of locally-sourced food had been growing by leaps and bounds, both regionally and nationally. A 2011 study by the USDA found 170 food hubs up and running around the country; 60 percent of them were less than 5 years old at the time. A benchmarking report coordinated by the National Good Food Network folks in 2014 found over 300.
Meeting a Need
In 2013, the Local Economies Project commissioned a report on the Hudson Valley food hub picture from Hudson Valley Pattern for Progress and identified existing infrastructure, the young Hudson Valley Food Hub included, as crucial and worthy of further investment.
Scenic Hudson released a comprehensive Foodshed Conservation Plan that same year, and pointed out that despite the development pressures and financial realities that meant that New York State was losing a farm every three and a half days, there was reason to hope: “the convergence of interests and resources makes it possible for this region to lead the nation by creating a replicable model for conserving its foodshed as an essential part of a truly sustainable regional food system.” 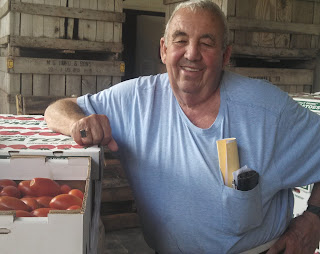 At Farm to Table Co-Packers, a $1.8 million dollar expansion was underway, with the help of $775,000 in matching funds from the Empire State Development Corporation and the state Department of Agriculture and Markets. The Local Economies Project and the HVADC helped the Food Hub get private funding, and the project added 5,000 square feet of freezer and cold storage space along with equipment and trucks, and a satellite distribution location.
“New York has been really good to us,” says Hyland. “They’ve been a great partner ever since I started Winter Sun; if I had not had that help, everything else might not have happened.
They continue to support us. We’ve, been very happy with Empire State Development and NYSDAC.”
It seems likely that the happiness is mutual. Following the expansion, the governor announced a 500,000 pound increase in Hudson Valley agricultural production and a farm-to-campus initiative in which local colleges would purchase Food Hub products.
Past the Doggie Paddle
“We are starting to truly understand what it takes to succeed,” says Hyland. “It’s difficult to make a food hub work economically. This area is lucky to have so many great people working on innovative projects and helping try to figure it out. We’ve reached a point where we’re profitable; we employ 50 people year-round; we’re getting past the dog-paddle stage. We offer important services to entrepreneurs, small and medium-sized businesses that need co-packing. We have a great facility and staff that provide very high quality services, and we have all the different certifications you need for a well-run food company doing all types of production. That involves a lot of paperwork and a lot of infrastructure, but the co-packing helps to underwrite and support the food hub endeavor. It’s starting to look like a model that could work across the region and the country, and it’s great that it started in the Hudson Valley.”
Bringing Winter Sun and the Co-Packers together as  The Farm Bridge, Hyland felt the time was right to become a certified B-corp. “As we grow, we wanted to make sure the DNA of the original mission stayed vibrant, even if something happens to me,” Hyland says. “When we looked at the B-corp process, what we were already doing was along those lines.” Renewable power, collaboration with food pantries, and employment of non-native English speakers are all written into the mission statement.
The Farm Bridge currently works with over 60 food producers, occupies 60,000 square feet, and produced 2 million pounds of food in 2015. “It’s still only about 2 percent of the population getting food from our sector,” Hyland says. “How to increase that market share…still, overall, we’re happy with how it’s going.”
The project’s CSA, Farm Bridge Shares, still offers winter shares of produce on both a five-month and a one-time basis. For more information on those, visit thefarmbridgeshares.com; more information on entrepreneurial services can still be found at thefarmbridge.com.