The Economics of Civil Society

Human institutions to benefit each other and future generations.
by David McCarthy 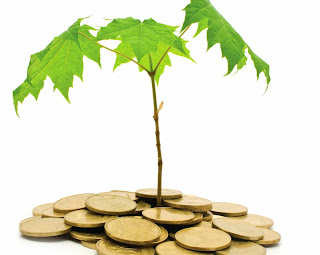 It is natural to feel a sense of discouragement in looking at the overall economic picture these days. Economic power is highly concentrated, grossly unequal, and resistant to change. Not only that, but the big players on the stage—the nations, giant corporations, and wealthy individuals—are pursuing agendas that are not only in conflict with each other, but also with the future of the earth. It’s hard to see a bright spot when our political process is more or less gridlocked, the international scene is highly polarized, and big business is mostly fine with, well, business as usual.

Yet there is a bright spot to be seen, and I call it civil economics. To see what is meant by this, we need to take a step back and look at the types of institutions we create in human society. They can be categorized in three very broad groups: governmental, business, and civil society. These institutions overlap and interact with each other in complex ways, but the distinguishing factors between them are quite clear. Civil society organizations cover a very wide range, but all are based on some sort of idea, interest, or inspiration, rather than on political power (government), or on the activities of livelihood (business).
The subject of civil society involvement in the economy is really a huge one, when you consider that it includes spiritual, educational, and charitable and philanthropic groups of all kinds. At their best, these groups represent the humane response to all the challenging circumstances that arise in the human realm. They also represent the nurturing of human potential, such as in education and the arts. Larger civil society organizations can have huge impacts on an economy. (Think about a college town like New Paltz.) On the ground, civil society organizations range from huge religious institutions to massive service groups like the Red Cross, to the global network of tens of thousands of grassroots environmental organizations, and on to the purely whimsical. (When I lived in Ann Arbor in the ‘70s, there was a group called the Society for Creative Anachronism, which was a bunch of guys who dressed up in medieval armor and went outside and whacked each other with wooden swords.)
For this article, we’ll focus on one particular area: how civil society can contribute to changes in the structure and functioning of our global economy. In most general terms, civil society has the potential to “triangulate” the deeply unhealthy relationship between business entities and governments, and to transcend national and social divisions as well. How will this triangulation happen? The first way is through the ongoing cultural conversation. Civil society is already deeply involved in this conversation, though the many think tanks and policy institutes are a decidedly mixed bag. Often the economic commentators you see on TV are just paid shills from corporate-funded think tanks. And don’t get me started about the phony nonprofits with names like “Americans for XYZ” that are actually funded entirely by corporations wanting to shove XYZ down our throats. Nevertheless, this function of contributing to public debate on issues is an important form of triangulation that is well established.
However, civil society organizations are seeing the need to move toward various kinds of direct economic activism to really have impact. Indeed, they are already doing so in important ways. The New Economics Institute not only sponsors the yearly E.F Schumacher lectures, it has been involved with the creation of land trusts in nearby Western Massachusetts. The nonprofit is also the organizational sponsor for the successful local currency there, Berkshares.
Practically speaking, there are some things we really have to get clear in order to see the potential of civil society economic activism. First, we need to get disentangled from thinking of economic issues purely in terms of different types of relations between existing government and business power blocs. It may seem very smart and pragmatic to just say, “the government should do such and such,” or “the corporations should do/not do such and such.” But it’s an endless debate, and one that is more stalemated than ever. The fact is that determined individuals and groups can make a difference by taking initiative in completely creative directions. This is essentially what is happening with things like land trusts and local currencies.
Second, we need to think about, and try to develop, the kinds of personal qualities that will help us work effectively in a nonprofit context, such that we can personally make a difference through working with others around common goals.
In practice, and not surprisingly, all this work starts locally. There is a great deal of civil society activism these days around local currencies and exchange systems. It is important to recognize how powerful the issuance of money actually is. And credit exchanges, which transcend money altogether, take it to another level.
For all the power of local currencies and credit systems, there is another dimension of even greater power: the power of asset formation and investment. There is no reason that civil society groups could not create asset pools dedicated and invested for the wellbeing of every human being on this Earth—and of every human being yet to be born. There is also no reason that, every time a baby is born, we couldn’t create a personal asset account for that child, again to be invested in ways that enhance human society and the human future. I call this body of thinking “civil endowment theory.” The legal structures for such a system already exist in the form of nonprofit trusts and endowments, and the seeds of this form of investing are already present in movements such as Socially Responsible Investing, Impact Investing, and more recently, Slow Money. I am convinced that establishing such endowments would be of great benefit to humanity, and I am dedicated to bringing this inspiration into reality as my personal practice of civil economic activism.
At a more general level, a civil society approach to economic reform carries great potential in so many ways. I would urge anyone with positive intentions in this area actively investigate, and get involved with some of the wonderful initiatives that are out there—or start your own!
Resources:
The New Economics Institute neweconomicsinstitute.org
New Economics Foundation neweconomics.org
For more on civil endowment theory see the Trickle-in Economics Blog at http://trickle-in.blogspot.comor email tongdrol@gmail.com.