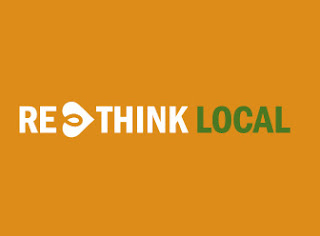 by Scott Tillitt
The Dalai Lama visited NYC in 2003 for a week of events culminating in a public talk to 60,000 people in Central Park. I helped manage the media frenzy surrounding the visit. That was cool.
In 2004 I spent a week in India with leading environmental and anti-globalization activist (and Timemagazine heroine) Vandana Shiva, fellow activist and editor Satish Kumar, Ela Gandhi (yes, that Gandhi—his granddaughter), and about a dozen others on a small research farm discussing Gandhi’s approach to nonviolence and personal and community self-sufficiency. It was a profound introduction to what we now call Localism (or Local Living Economies). That was beyond cool.
But nothing I’ve done has been as personally fulfilling as what transpired in Beacon, NY on June 7, the culmination of months and months of planning and hard, selfless work with a small, dedicated team.
The inaugural TEDxLongDockbrought together a diverse group of more than 100 doers, thinkers, facilitators and catalysts interested in making our region a better place to live: entrepreneurs, creatives and artists, economic development professionals, elected officials, community advocates, scholars and funders.
The energy in the filled-to-capacity room was electric. The love was palpable.
We heard from 20-plus handpicked speakers and performers from the Hudson Valley and beyond and watched a handful of curated TED Talks. We had folks as diverse as:
Susan Batton, the managing director of Dia:Beacon who is active in arts and culture nationally and locally;
Marcus Guiliano, the chef/owner of Aroma Thyme Bistro and advocate for supporting ethical, independent producers;
Joe Concra, a fine artist and co-founder of the art and music and wellness event O+ Festival; and
Shawn Dell Joyce of the Wallkill River School, a noted artist and nationally syndicated newspaper columnist and organizer who bridges arts and agriculture.
We had chosen the presenters and designed the agenda to inspire, engage and provoke. We’re told it did exactly that. The presenters were heartfelt, smart, funny, endearing, caring. In isolation, each brought an extraordinary story to TEDxLongDock—a brave journey, a fresh take. Together, the Gestalt painted a portrait of what a vibrant, healthy community can look like.
We ate food from local cafes and farms, drank coffee from a local roaster. Later that night we drank wine from Hudson Valley vineyards and craft beer from a local tasting room while listening to more performers, celebrating the event (and life) at BEAHIVE on Beacon’s revitalized Main Street with some of the area’s most creative denizens.
Fellow Beaconite Sommer Hixson really captured the spirit of the day in a reviewin The Paper/Philipstown.info. An excerpt:
The concept of community was popular with speakers, along with collaboration and sustainability. Catchphrases like “social capital,” “place-making” and “civic protagonism” were duly noted by attendees. Not surprisingly, author and activist Jane Jacobs was conjured more than once, as was Eckhart Tolle (The Power of Now).
Why did a small volunteer team with limited resources but boundless passion do this—for no remuneration? Because, like those in the audience (and I hope, you), we care about where we live, about making our communities vibrant, healthy places to work and play. Because we believe that bringing together vital, creative souls has real and lasting implications for the future of our region. In fact, I’ve heard of several connections that were made that will likely result in interesting collaborations.
If you’re unfamiliar, TEDxLongDock is operated under license from TED, the nonprofit known for its extraordinary events featuring extraordinary people who give the talks of their lives in 18 minutes or less. Those talks are posted on the vast award-winning TED Talks video site. The 1500-plus posted videos have been viewed more than one billion times. TEDx is a program of local, self-organized events that bring people together to share a TED-like experience.
Our small organizing team included Rob Penner, John Rooney, Matthew Perks, Re>Think Local’s Doreen Johnson and Brendan Cunningham. We also relied on volunteers, supporters and sponsors. Re>Think Local, BEAHIVEand the Beacon Institute for Rivers and Estuaries were supporting organizations. See more about the event at tedxlongdock.com.
I was the most visible organizer of the event (online and on stage)—but it really took a village.
Scott Tillitt is a co-organizer of TEDxLongDock, as well as a founding board member of Re>Think Local and founder of BEAHIVEand Antidote Collective.