TAP New York started out 18 years ago with just a handful of craft brewers and a couple hundred thirsty beer lovers descending on the halls of the world-renowned Culinary Institute in Hyde Park. In the years since that inaugural event, the craft brew game has exploded in popularity, with hundreds of beer festivals taking place across the state every year—but none bigger or better than TAP NY, the state’s largest craft beer festival, annually held the last weekend of April at Hunter Mountain. 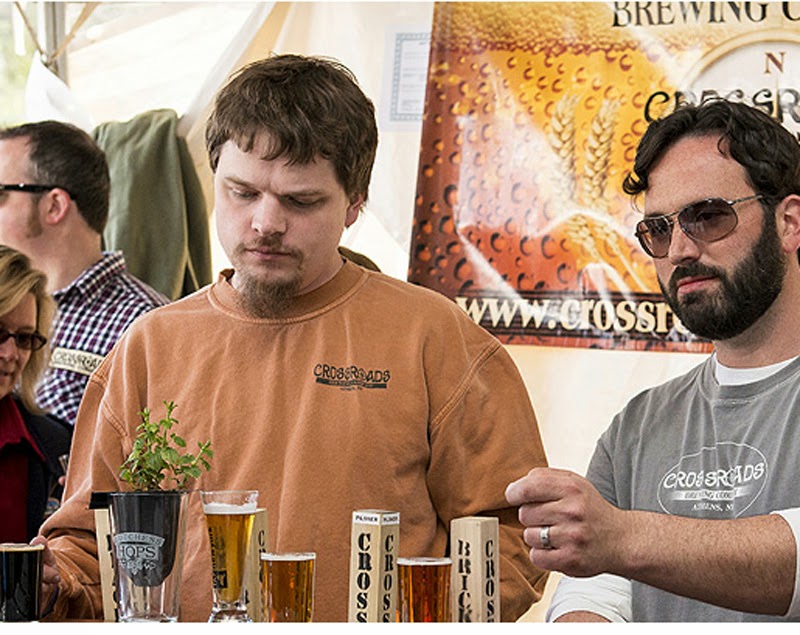 Over 120 New York breweries have been invited to participate for 2015, bringing with them over 300 hand-crafted beers—everything from IPAs and lagers to stouts and ales. Over 25 of this year’s invited breweries are new to TAP, including several restaurants and brewpubs that produce beer that is normally only for sale at the location where it’s brewed. Others are breweries large enough to distribute on a national scale, but maintain a hands-on commitment to quality. Attendees can expect to sample a wide range of full-bodied, flavorful brews rich in color, bold in flavor, and imaginative in conception.
TAP NY is also very much about the food, with this year’s theme being “The Great American Sandwich.” Guests can expect to sample a wide variety of next-level sandwiches, in what should be a welcome complement to a day of sampling suds. Daily cooking demonstrations from some of our region’s best chefs will provide attendees with great ideas and recipes to try out at home, and educational seminars on home-brewing and beer/food pairings that will take place throughout the weekend’s festivities.
Unlike many other festivals, TAP NY is also a beer competition—and has been since the inaugural event in 1997. Brewers from across the state are eligible to enter their finest brews in a competition in which a panel of highly qualified judges will choose the Best Craft Brewery in New York State (2014: Keuka Brewing Co., Hammondsport), the Best Craft Brewery in the Hudson Valley (2014: Captain Lawrence, Elmsford), and the Best Individual Beers in both the Valley (2014: Cream Ale, Brown’s Brewing Co.) and the State (2014: The Witte, Ommegang).
TAP NY takes place April 25 and 26 at Hunter Mountain. Tickets are available now at www.tap-ny.com. 2-Day tickets are $111 + tax; Saturday tickets are $70 + tax ($78 at the door); and Sunday tickets are $60 + tax ($68 at the door). Discounted tickets are also available for designated drivers ($25 + tax).