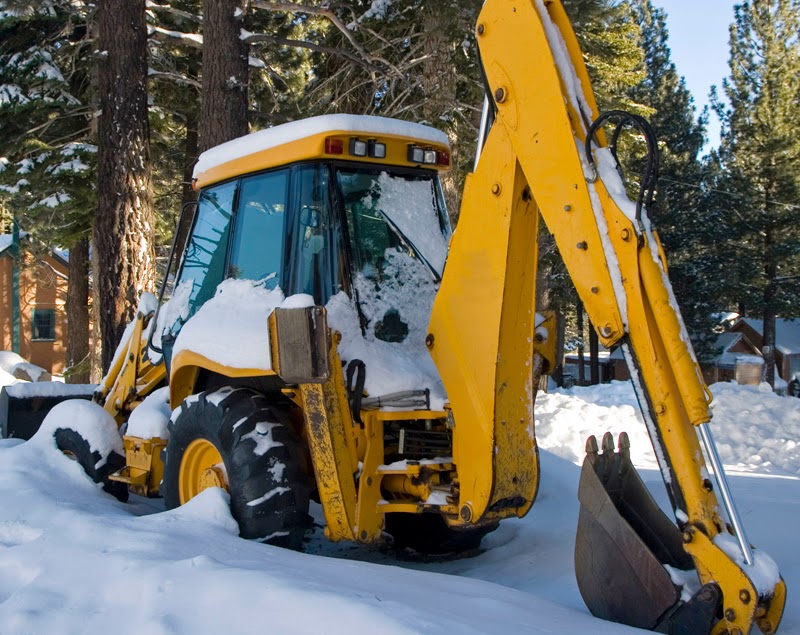 management of the Belleayre Ski Center in 2012, plans for big changes at the facility were in motion. The Department of Environmental Conservation, which was the site’s previous manager and still exercises ultimate authority there, is planning on spending $74 million on expansion and improvement projects. It’s by far the largest upgrade project—both in scope and dollars— that the ski center has ever seen under management by the DEC or its predecessor agency, the Conservation Department. While the work is welcomed by skiers and locals who will benefit from the massive infusion of cash, the reaction from other quarters, such as outdoor enthusiasts and owners of competing private resorts, is less enthused.

According to the plans filed by the DEC in early 2013, the upgrades would include: three new ski lifts and replacements of two more; sixteen new ski trails; three additional parking areas; expansion of the existing two lodges; a new lodge; an information booth; salt storage building; and an additional snowmaking infrastructure. In order to complete the work, the DEC plans on leveling another 101 acres of forest, which it said is necessary to add expert-level skiing to the facility.
The project is expected to result in twice the number of visitors, 280 additional jobs, new revenue of $5.2 million, and an extra $220,000 in tax money for state and local coffers. The bulk of new trails and facilities would be at the adjacent “Big Indian plateau,” which was the location of the former Highmount ski resort which closed in 1984 and was acquired by the state in 2011.
John Parete is the local representative sitting on ORDA’s board. “I support the total build-out with its new trails and modern lifts,” Parete said. “The lodge is barely adequate for skiers—if it’s crowded, people have to sit on the floor.”
Parete isn’t the only public official who believes the expansion will be a net gain. Todd Pascarella is the mayor of the village of Fleischmanns, which is home to the ski center, and would like to see a turnaround for his community. In the late 19th century, the village was largely re-created by the eponymous yeast-empire family as a cornerstone of the Catskills and as a resort getaway for Jewish families not always welcome elsewhere. Despite Belleayre’s proximity, Fleischmanns has struggled during the region’s decades-long tourism downturn, and was hit incredibly hard by tropical storm Irene in 2011.
“Our economy is completely intertwined with Belleayre’s existence,” Pascarella said. “Even people who don’t work there have their jobs completely dependent upon the facility. That’s the game in town.” That dependency also extends to second homeowners who have purchased specifically to have access to the slopes.  The mayor explained that the village and ski center itself is woefully short on lodging. “A lot of people end up staying in Kingston, or just driving there and driving back, which is nuts.”
Owners of private ski resorts—those from nearby Plattekill Mountain in Roxbury to larger facilities such as Hunter and Windham in Greene County—have cried foul over the plans and some elected official have come to their defense. The major point of contention is that Belleayre has foundered on the public dole for decades, and is now being expanded by reaching into the state’s deep pockets once again.
The chairman of Greene’s county legislature, Wayne Speenburgh, wrote the DEC a letter that said in part, “Tourism is a major source of economic activity in Greene County…. Our two privately owned and operated ski resorts that have had to use private capital to maintain and expand over the years simply cannot compete with the benefits provided to a state-run facility such as Belleayre.”
Laszlo Vajtay, the owner of Plattekill Mountain, is equally concerned by what he believes is an uneven playing field. In a June 2013 opinion written on the ski blog Harvey Road (nyskiblog.com), Vajtay said that resources are much more limited for small businesses such as his. “We can only spend what we make. We have to price our tickets to match our infrastructure, cover our fixed and variable costs, and hopefully make a little money to put back into mountain…. Belleayre is exempt from these costs and ongoing losses have been a part of the normal course of business.”
Another cautionary note is sounded by Eric Ortner—an enthusiastic hiker who has earned membership in the 3500 Club (meaning he has climbed every peak in the Catskills that is above 3500 feet in elevation) and himself an avid skier of the Belleayre facility. “The Catskills were set aside to protect the watershed, and we can’t forget that,” he said. While the forest preserve’s purpose was first undermined by a constitutional amendment in the 1940s so Belleayre could be created, Ortner feels that the intent to preserve the Catskill Mountains continues to be important. “Water is our most precious resource, and it’s becoming more so. It seems the people of New York State are getting a bum deal on their land.”
In contrast to Pascarella, Ortner feels the economic benefits of the expansion, as well as ORDA management in general, are specious at best. “The lodging in the area is underutilized already,” Ortner says, so it’s unclear to him why new facilities are needed. In addition, “I go into local ski shops where I used to be able to get discount lift tickets, and now I can’t get them there.” **
Ortner’s impression is that the staff—particularly management—is less accessible and less friendly under ORDA control; something he doesn’t feel bodes well for the future. And the authority’s mission of promoting and improving skiing sometimes conflicts with the role of the forest preserve: “ORDA doesn’t seem to care about the ecology of the mountain. I’m there year round, camping and hiking as well as skiing, and I care about it more than most people do. Belleayre’s situation is unique among ski resorts,” he said, and “trying to turn it into Stowe won’t work.”