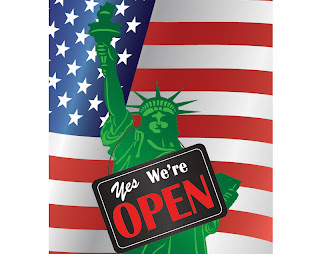 As an admitted work-a-holic, it came as a shock to me when I was notified on September 30ththat I should not report to work at the Treasury Department on October 1stas I was being placed on furlough. After working for the IRS (Quiet down! I can hear the hissing and booing from here) for over 18 years, I couldn’t believe my services would no longer be needed.

Since the government was shut down on October 1, 2013, there were no funds to pay salaries for government workers. This made my wife and I very nervous since, like every other family, we have constant bills to pay.

As well as being concerned about paying my bills, I was also concerned about what the taxpayers would do to resolve their problems. Since I have worked in customer service in an IRS walk-in office for the past five years, I have come to enjoy the relationships I have nurtured during that time. Whether the taxpayer needs a transcript of a tax return or help in understanding a notice telling them they forgot to claim certain income on their tax return, they have come to depend on the help and understanding my office offers.

While the turmoil continued with each political party blaming the other, I had a hard time understanding the issue. The United States government has been able to pass budgets for many years before this, so it is beyond my understanding why the government had to shut down to make the point. I’m not even going to go into the fact that many politicians retire with a pension at full pay.

At any rate, when I called the IRS employee hotline for guidance I was informed that I could not do any sort of work for the IRS while on furlough. I was told that I could apply for unemployment for the time that I was on furlough. Well, let me tell you, applying for unemployment was a lesson in frustration and futility. I elected to file my application on the Internet. My suggested I go to the physical location, and it turned out she was right.

While attempting to complete the application it became evident that I would need an Earnings and Leave Statement from the IRS. Naturally at the time I was trying to complete the application the document could only be retrieved from the Department of Agriculture. When I tried to go to that web site I got an error message that said “Due to the Government Shutdown, this site is not available”. Comical.

I have been eligible to retire for the past seven years but have resisted because I enjoy my job and look forward to having some place to go in the morning. The furlough gave me a chance to envision what retirement would be like. My wife enjoys having me do everything with her! I should say here that I really enjoy hanging out with her, but I also enjoy work.

Now that I’m back to work and am enjoying the daily routine, I think I might make some tentative plans for next January since there may be another shutdown. I’ll look at it as another paid vacation.