By Eric Francis
The Virgo New Moon is September 5. It makes aspects to many influential and even powerful minor planets—among them Chiron, Pholus, Ixion, Borasisi and Chaos. These are not asteroids; they are centaurs and points in or near the region of Pluto. The New Moon chart is about maintaining enough intellectual objectivity so as not to be afraid to ask deep questions, and size up the answers honestly. Next up is the Pisces Full Moon, which takes place September 19. If the New Moon is about going deep, the Full Moon is about going wide—maintaining a global perspective, seeing the impacts of your decisions, and noticing the way that events ripple out into your world, and the world. Finally this month we have the Libra equinox. The Sun changes signs and the Northern Hemisphere summer ends. The three months encompassing Libra, Scorpio and Sagittarius can be the most hectic of the year, as the days grow shorter and the holidays approach. Pace yourself—make a plan now. 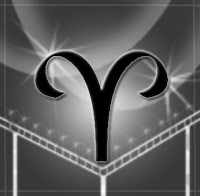 Aries (March 20-April 19)
Calculate your risks. Do not take them frivolously. I know this is not a popular activity but for you it’s a necessary one. You are more inclined to go out on a limb right now, at the same time there are factors in the equation that you may not be aware of. Therefore I suggest you consider worst-case scenarios before you do something that is potentially dangerous. At the same time, some of those scenarios have ways of expressing themselves that come up in your favor. For example, a phase of adversity in a relationship can work out in your favor, by taking you deeper with someone, and helping you build trust with them. Yet it’s essential that you be conscious as you do this. I am not suggesting that you stoke your insecurity — only that you look before you take a soulful, bounding leap. 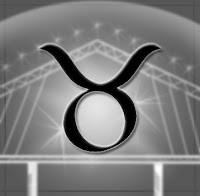 Taurus (April 19-May 20)
A relationship seems to go through a series of tests, and many of them may be centered on what a close partner or someone who’s an erotic interest is going through. Yet these are not tests—they are the experiences of life that are normal for the territory that we’re in. One of the central questions for you is how you handle your own insecurities. There may be a seeming conflict between your boldness and another person’s hesitancy, or between your desire to be spontaneous and your need for stability in the relationship. I think that the key to your situation is recognizing the impact that your feelings have on others, even when you don’t say anything. Your emotions move you and the world around you. They are especially likely to have that influence now. So pay attention and participate consciously. 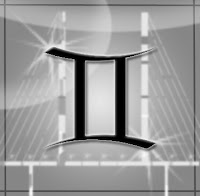 Gemini (May 20-June 21)
Keeping things in balance is one thing. Knowing how to respond when situations go out of balance is another. First, be aware that there are some conflicts that will seem dramatic and significant but which do not directly influence your life, except on the intellectual level. Assess each of them on two levels—how does this affect you, and how does it affect your community? That question will provide significant useful information. You are involved in some truly significant assessments of your security base, home and family matters, and you must sort out information that is useful from that which is merely controversial. Pay particular attention to health-related topics, get to the truth and more than anything, notice the role that stress plays in the equation. Carefully consider adjusting environmental factors first before you seek any form of outside intervention that you don’t need. 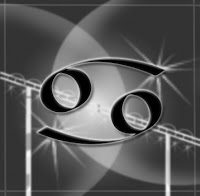 Cancer (June 21-July 22)
Your ideas have both influence and impact, though it will help considerably if you keep your flexibility. You seem to be bumping up against a fear—it could be the fear of going deeper, or of losing control, or of the unforeseen consequences of acting on your desire. If you run into a situation wherein you feel fully committed but still cannot get your situation to budge, take a gentler approach. Consider the ways in which you can flow around something rather than push it or force some kind of movement. You need to be the flexible one in the equation, and you can count on that talent being available if you remember to call on it. A little confidence will go a long way—that will build as the month progresses, as you learn more and act on what you know. 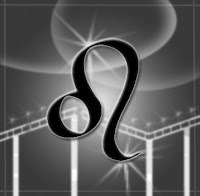 Leo (July 22-August 23)
In any relationship situation it’s necessary to maintain awareness of your own identity, desires and needs, and those you share with other people around you. Usually we take for granted having to sacrifice one or the other. That is an idea from the distant past, usually advocated by our parents and grandparents, but which is no longer true for you. It’s not a question of “all you” versus “all about the other person.” And it’s not a matter of alternating between the two. At this point in human history we face the authentic challenge of being wholly self-present and wholly present for others in your context as a relationship or business partner. Is this more than prior generations can handle, or were they merely lacking that concept? You can handle the stretch, and you have the concept available. 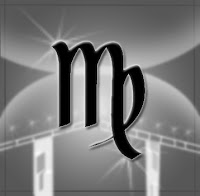 Virgo (August 23-September 22)
If a situation seems to be running out of control, I suggest you adjust your perspective until you see it in such a way that it’s workable. You’ll be surprised by how much changes with your point of view. It is therefore essential that you keep your point of view portable, and that you not be driven by fear. If you get stuck, ask yourself what you’re concerned might happen. One thing to be mindful of is discerning fear from intuition. Fear usually describes an outcome you don’t want. Intuition usually describes how to create an outcome that you do want, or at least provides some useful information on how to prevent a negative outcome. Therefore, it’s essential that you recognize that worry is not a form of intuition, no matter how vivid it may seem. Keep a wide perspective—especially about yourself. 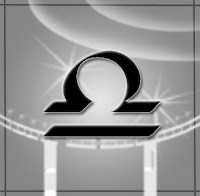 Libra (September 22-October 23)
You will need to talk about what you’re feeling and what you’ve been through recently—if you want any sense of contact with the people around you. The past matters, especially the past four weeks, and what you experienced will have an influence on your current choices. You’ve just been through another spell of “I can barely believe I’m going through this,” though at least this time around you had the presence of others to verify your experience. Remember how good that felt: you don’t need to go it alone, and the one sure way not to do that is to maintain open communication with people you care about, and those with whom you share common interests. Be real with people and you will have real friends. Stealth and secrecy are not all they’re cracked up to be. 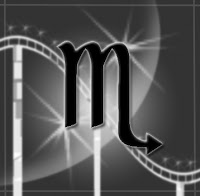 Scorpio (October 23-November 22)
Build up your momentum working on a long-term goal—which implies knowing what it is, beginning the process and focusing your energy. Get accustomed to working through the inner resistance that gets in the way of your most cherished desires for achievement. Recognize the degree to which any worldly goal involves overcoming some inner obstacle or remnant of history. If you encounter a personality trait that consistently holds you back, now is the time to deal with it so that you can move onto truly greater things. If you put your mind to that project, there is little that will be able to stop you. And you will need them when, later in the year, the astrology brings nearly total focus on your sign and you’re in the spotlight in a much bigger way. That’s the future; this is the point of origin. 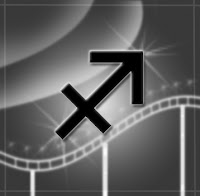 Sagittarius (November 22-December 22)
You’re in a situation where you must be both the micro-manager and the visionary. This isn’t easy. All the details in the world don’t add up to the larger scenario, no matter how well attended. But they do need to be attended. You also know that you’re one of the few who cannot only understand the grand scheme—you’re one of its most influential authors. Therefore, make sure that the details get taken care of, but don’t let them bog you down. One way to do that is to take care of them well in advance. You know what they are; you know who is dependable and who is not; you have a sense of the timing involved. Keep a grip on this layer of things and you will soon emerge as a leader of the people and the author of a genuine idea or concept. 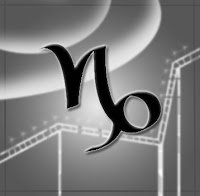 Capricorn (December 22-January 20)
You might question whether what you perceive in others is your own shadow projected onto them, or whether it’s really some issue they have. It could be a little of both, though in any event there is significant benefit that can come from asking the questions that help you verify your perceptions. Relationships often get tangled in a hall of mirrors, and this is the stuff of which those mirrors are made. If you determine that something belongs to you, it’s that much easier to address. If you determine that something is the property of another person, that at least helps you understand where the lines of responsibility really are. All of us who live on our particular planet have work to do. It helps considerably if we do our own work and allow others to do theirs. 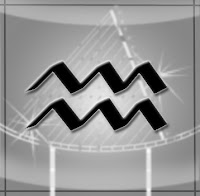 Aquarius (January 20-February 19)
Others may challenge your authority over the next few weeks. It could be some professional situation, or a household-related theme, or your moral authority—and you will need to figure out a way to handle it that works for everyone, or for as many people as possible. Remember that often, when someone is trying to razz you, they’re doing it for its own sake. It may be a form of amusement or a not-so-dangerous way to take a little risk. That said, take a real look at any beef someone has with you and offer them some kind of compromise. Leave yourself room to negotiate; don’t give it all away at first—just enough to send the signal that you’re open to a discussion and that you have a fair mind. This will work anywhere along the spectrum from personal to political. 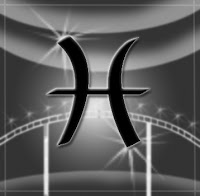 Pisces (February 19-March 20)
All the facts in the word don’t add up to the truth. So where you’re inundated with data, make sure you look at it in a way that tells you something. Now, that something may well be subjective. You may get an opinion confirmed; you may see a pattern and come up with a new theory. Here is a clue: To do this well, you need to have faith in yourself and in your intelligence. Pisces is good at being circumspect, which is a way of saying taking in a diversity of viewpoints—though you have to trust your own, and give the opinions of others weight only to the extent that they’re presenting something compelling. Just keep that theory in mind—that a lot of information is not necessarily what you need. It’s a coherent point of view and a flexible plan of at least three steps toward the goal.