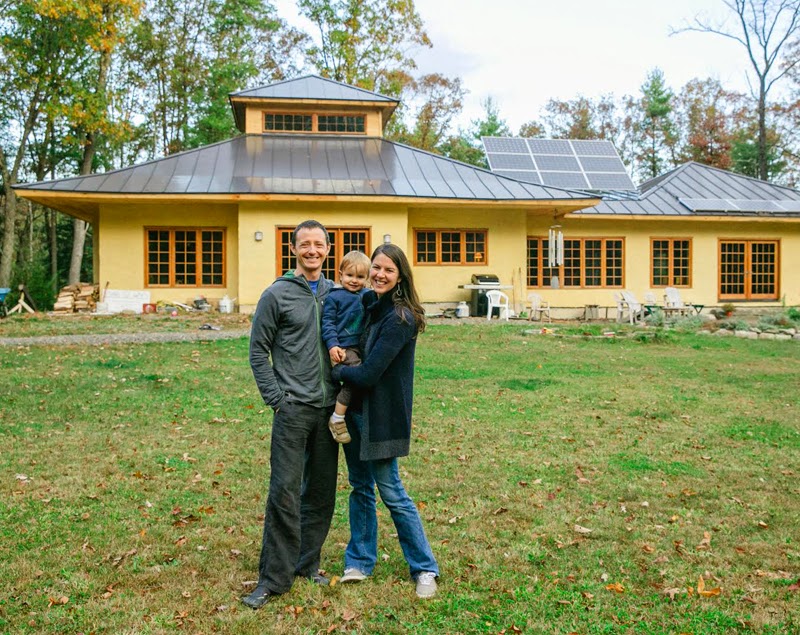 Several years ago, Ian Duncan traded a busy Manhattan life as a successful painter to live upstate in a yurt and become a full time practitioner and teacher of Daoism. It wouldn’t be the ideal choice for everyone, granted, but for Ian and his wife Heather it was the right one.
Ian stumbled into Daoism while doing research for his painting. He learned that before the 12th Century painting, as well as medicine, was a skill held by only  monks and priests. He discovered this first in Western traditions and then in a parallel Eastern tradition. Ian recalls that he was drawn by the language of “alchemy and transformation” across the traditions.
He “accidentally” encountered the book The Vital Breath of the Dao, by Zhong Xian Wu—the man who would eventually become his teacher. Ian says, “I was struck by clarity, naturalness, and profundity of his teaching. So I jumped right in. It was quickly the dominant thing in my private life.” Over time, as Ian began to teach Daoism it also became the dominant thing in his public life. Daoism is “what I have to share with the world,” he says.
A quick Daoism 101: Dao is the “pervasive oneness underlying all of reality and experience.” The word daoism means path and also a body of teachings. The goal of the traditional Daoist path is enlightenment. According to Ian, this process is twofold—“first to recognize the Dao, open to and connect with this underlying unity. Then from there we try to deepen and expand that connection until we never lose it in the day-to-day.”
As with many religions and spiritual paths, it is helpful to practice Daoism with guidance. For the last couple of years, Ian has been building a beautiful temple in Accord, NY—a timber-frame building, made with all local material, sustainable building practices, and completely off the grid. From here, Ian teaches three classes a week.
Practice of Daoism is a combination of movement and stillness. The movement is categorized as internal martial arts, which focuses on structure, efficiency, the flow of energy, and compassionate transformation. The role of movement in Daoism is crucial. Ian explains, “The strength and flexibility of your vessel—your body—directly impacts the strength, flow, and health of your energetic system, which directly supports the health of your spirit or awareness. If you neglect one layer of those three layers, your progress is inevitably halted at some point.”
Ian adds that his own practice has had the “benefit along the way of mental, physical, and emotional wellbeing. I feel stronger and younger than I did 10 years ago. Not just physically but clarity of mind, stability of emotion and awareness. Life feels very differently from one year to the next, because of the accumulated effect of daily practice.”
Every class offered at the Northern Dipper Temple is donation based. Ian does not want to turn anyone away because they can’t afford to pay. They recently held their first workshop with 10 participants, and are hoping to get more such programming underway soon.
Ian reflects, “I founded the Northern Dipper Order about a year ago, and it’s just me right now. The goal is to create a base of well-trained practitioners, teachers, and monks as a part of the order, in part because what’s out there is not necessarily a high standard of training. So going forward over the decades and the centuries for the true spirit of the Dao to be sustained and maintained and the richness of the culture that comes with it, there should be rigorously trained lineage.”