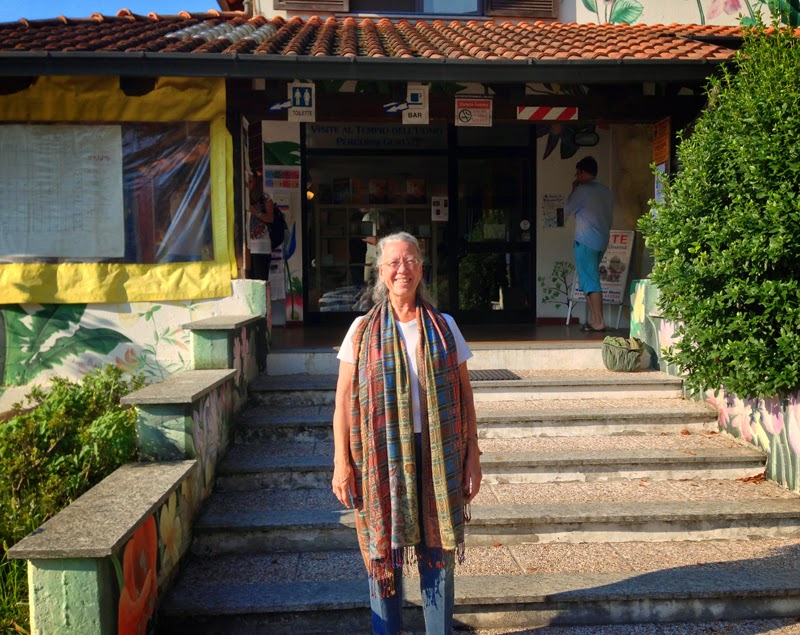 Nancy Eos moves with slow and gentle grace, which is perhaps not what you would expect from someone who has achieved quite as many things as she has in her lifetime.
When Nancy’s daughter Heather was three years old, she fell ill with fever. The family was in Eugene, Oregon, a city that was unknown to them, with no support network. After a heaven-sent local clinic examined her daughter and prescribed antibiotics for free, Nancy became motivated to become a doctor.
She studied allopathic medicine at one of the best medical schools in the country, University of Michigan, focusing on surgery. By the time her daughter was 12, Nancy was a single mom completing her surgery internship, working 36 hours on the clock, and 12 hours off.
After a fire took place in their apartment building while Nancy was at the hospital, she realized that she needed to spend more time with her daughter and chose not to pursue surgery anymore. Instead she became an emergency physician in Ann Arbor, Michigan.
Even with this demanding position, Nancy found a way to complete a law degree. As she finished law school, she had trouble deciding whether to practice as a doctor or a lawyer. She decided to apply to serve in the American Indian Health Service, but didn’t pass a small part of the physical exam. She decided to see a homeopath to address the issue and was amazed when the homeopathic treatment totally resolved her health issue without any medication.
Nancy became very interested in studying homeopathy, even though she was already studying for the Michigan bar exam. Finally she was accepted into the commissioned corps of the Indian Health Service, which provides federal heath services to American Indians and Alaskan natives. She did two years of homeopathic service, in awe of this area of medicine that was previously unknown to her.
After leaving the corps in 1992, Nancy returned to emergency medicine, trying to reconcile the traditional allopathic medicine with her newfound understanding and appreciation of homeopathic medicine.
Nancy’s daughter Heather inspired her to learn Reiki, and that was the beginning of her alternative medicine practice. Now Nancy has medical practices as a family and holistic health practitioner in Liberty and Stone Ridge, NY.
She also volunteers at the monthly Rondout Valley Holistic Health Community (RVHHC) at the Marbletown Community Center. Nancy is motivated and inspired by this program. She said of the RVHHC, “Yes, I see the patient, but there’s also something that’s happening collectively there that’s more important than the individual interaction. It seems to be a health-filled buzz of good wishes by these practitioners, and we can feel it in the air. It’s like we’re in a different world, and all of the sudden things are clicking in new and exciting ways.”
–Marie Doyon