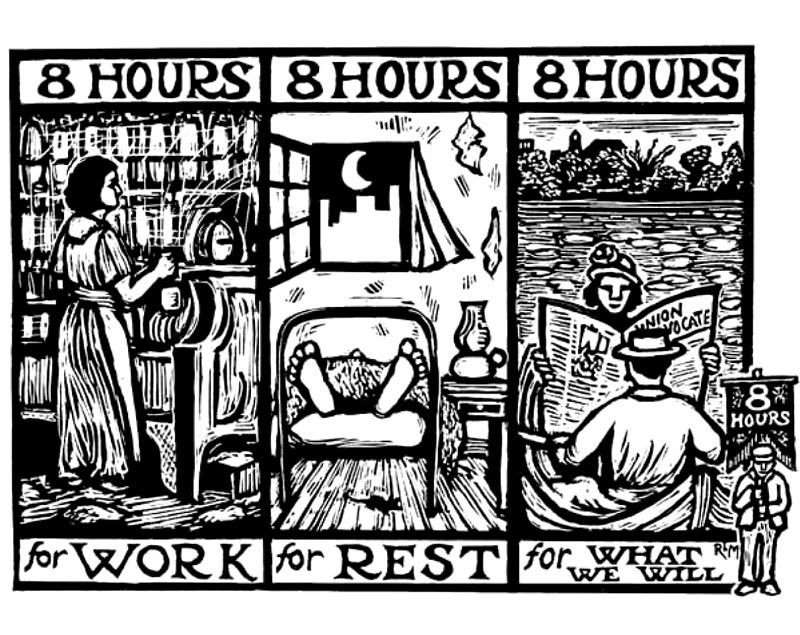 In Lawrence, Massachussets in the year 1912, 20,000 textile workers (mostly women) struck for three months. They demanded increased pay, better working conditions, and shorter hours. One young woman in the picket line carried a sign that read “We Want Bread, but We Want Roses Too.” This line, adapted from a James Oppenheim poem, became a popular labor slogan that has persisted for over a century, used by protestors the nation over in their fight for a better quality of life.
In Oppenheim’s original poem, he writes “Hearts starve as well as bodies; give us bread, but give us roses!” This line, and the movement that came out of it, assert that our existence depends not only on physical sustenance (food, water, shelter), but also on the intangible heart/soul nourishment that we receive from beauty, art, nature, camaraderie.
When I came across the image for this month’s column online, it gave me pause. While I’d like to think that I am generally quite good at enjoying life’s roses, I’ll admit that I’ve always been of the school that believes that we need more hours in the day. The drawing, which divides the day’s 24 hours into three chunks for each work, rest, and “what we will,” makes the separation seem so simple. Why, then, do we find ourselves working late, sleeping little, and doing not enough of what we would?
In my last job, I ran an over-busy, understaffed department in a large nonprofit organization. I had a salary, so no over-time. And still, day after day after day, I found myself leaving the office at nine, ten, eleven o’clock at night.
Once I had already begun to burn out, I took time to reflect on my experience. I realized that early on, I had failed to set boundaries between my personal life and my profession; I had thrown myself into work completely. Over months, I had cultivated perennial frustration, a short temper, and general resentment toward my work.
One day at lunch, a friend said of her own schedule and workload, “There is always more to do. So, toward the end of the day, I just pick a stopping point, and when I reach it I go home. Then, I start again the next day.” Ah, wisdom. So refreshing isn’t it?”
When Chris Hewitt, the Country Wisdom News publisher, asked me whether I would take on writing the Bread & Roses column, I was thrilled—I love the column’s concept. In my mind, I rifled through grand ideas that I could write about my first month. But then I stopped when I realized that there was a preliminary idea that I wanted to share:
Space.
Roses grow all around us. They are in the buzzing of the bees, a waft of home-cooked food, a child’s contagious giggle. But we have to make space to enjoy them. So many of us are so busy bread-winning, that we don’t make time for the roses we’ve already cultivated. By the time the proverbial five o’clock bell tolls, we should be aching to go home to our family, our pets, and our garden.
Organize a family swimming outing. Plan a day to weed the flower bed and plant those seeds you left somewhere. Have your neighbors over for a bonfire and sing-alongs. Write a poem. Read a book. Lie in that hammock you put up all those years ago.
Bread and roses means standing up for our right to thrive rather than just survive. A balanced, fulfilled, and health life requires a blend of ingredients. Meaningful work, rest, music, sun, creativity, and beauty. We have so many of the pieces in place. Let’s not rush through the garden so fast that we don’t notice the roses that have come into bloom while we were at work.