by Terence P Ward
In early December 2015, while the Paris Agreement was being hammered out, President Obama received a letter signed by 350 elected officials nationwide, asking him to advocate for a complete shift to renewable energy sources by 2050. One of the signatories on that letter was Carl Chipman, supervisor of the Town of Rochester.
The letter began with the Elected Officials to Protect New York, an organization founded in 2012 as “a statewide, non-partisan network of current and former New York State elected officials committed to protecting a healthy and prosperous environment for our communities.” EOPNY co-founder Dominic Frongillo was in Paris during the negotiations, and according to Chipman, “at the time it was decided to reach out across the country.” EOPNY members believed that there were other elected officials nationally who shared a “similar interest in a sustainable future” and the conviction that reducing the use of fossil fuels has to be part of that future. 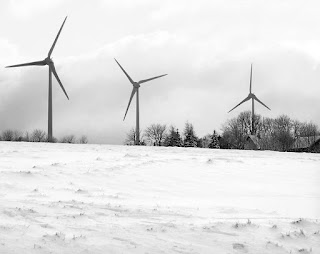 Before the conference, EOPNY had already issued a letter to Governor Cuomo asking him to commit to the goal of sourcing 50 percent of New York State’s electricity from renewables by 2025. With a representative right in Paris, it wasn’t difficult to move to the next step, in the form of Elected Officials to Protect America. The EOPA authored the letter to the President asking for a commitment of 50 percent renewable energy for the entire country by 2030, and 100 percent by 2050. The number of officials who signed that letter—350—dovetailed nicely with 350 parts per million, the target ratio for carbon dioxide in the atmosphere if serious climate change consequences are to be averted.
Both organizations are open to any elected official of any level of public office. Chimpan says, “We’re representing what common people are saying.” One initiative EOPNY is focused on right now is getting the state’s pension fund divested of fossil fuels, a move that’s already happening in Vermont. Not only will it move the state away from a fossil-fuel economy, but it’s probably also better for the portfolio itself. “I wouldn’t want to invest in oil right now,” he says.
However, there’s still a lot of momentum in the other direction. The Pilgrim Pipeline proposal, for example, plans to bring petroleum products up and down a corridor that’s mostly in the New York Thruway right-of-way. After multiple requests, the state DEC did agreed to assume lead agency status to conduct a coordinated review of that project, but it’s doing so jointly with the Thruway Authority. “That’s a conflict of interest,” Chipman says, because “[the Thruway Authority is] going to get paid for the pipeline.”
Struggles like that are motivating EOPNY to retool the entire energy system in the state, moving from massive plants that burn coal and other fossil fuels to a distributed power system that has the resilience in the face of the extreme weather events already in the news. Chipman watched what Hurricane Irene did to his community, damage that was only amplified by Tropical Storm Lee hot on Irene’s heels. Much of the work to reinforce municipal infrastructure against storms such as those from 2011 is only now being done, and he’s of the opinion that things will only get worse if more important systems aren’t built up all at the same time. The best hope for that overhaul right now might be in the form of community choice aggregation, which is the law in New York and six other states.
Rosendale-based Citizens for Local Power is a group working on bringing the CCA concept to fruition. One of the organization’s principals, Democratic town council member Jen Metzger, also signed the aforementioned EOPNY letter to Governor Cuomo. The group’s website explains that CCA offers “a group of towns…a viable path to a locally-based, clean energy model…that creates local jobs, reducing greenhouse gases, securing more stable electricity rates, and providing the impetus to modernize the electricity grid to support a sustainable and resilient decentralized energy system.”
Energy and climate problems are real, intertwined, and much larger than can be tackled by only a few people. But if those dedicated people are elected to represent their communities, then that grassroots effort could result in movements like those represented by Citizens for Local Power, EOPNY, and EOPA and effect real change. Leaders like Chipman and Metzger believe that the tide can be turned. What remains to be seen is how fast that turn will happen.