Autumn’s bounty comes just in time for the holidays 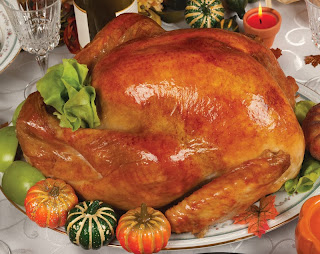 Fall is a season of great abundance in the Hudson Valley, offering many kinds of food from turkey to winter squashes to interesting varieties of wild mushroom, such as hen of the woods (Grifola frondosa).
Starting in the vegetable world, farmers markets are loaded with things like Brussels sprouts (I honestly don’t know why so many people dislike them—they’re delicious roasted with carrots and rosemary), cabbage, kalein many varieties, and collards. Root vegetables include potatoes, carrots, parsnips, rutabagas, turnips, and of course beets large and small. One fall vegetable you may be unfamiliar with is celeriac, also known as celery root. It’s not the most attractive veggie at the market; it’s been described as looking like “a hairy softball,” by Fine Cooking’s book In Season. But it has a nice light flavor “like a cross between celery and parsley,” and can be used in salads, soups, or gratins.
The superstars of the fall veggie season are the squashes. With so many unusual and fun varieties—acorn, carnival, spaghetti, butternut, delicata, Hubbard, and everyone’s favorite, pumpkins—even people who don’t necessarily consider themselves vegetable fans seem to end up with squash in their kitchens and dining tables. As decorative as they are culinary, winter squash offers many possibilities. The famous sugar pumpkins are the smaller ones used for cooking, not carving, and they can be transformed into gorgeous Thanksgiving pies, soups, or for the culinary ambitious, ravioli (butternut works well for this purpose as well). Try a warming soup made with cubes of any kind of winter squash, and spices such as cumin, coriander and ginger. Use either a homemade broth or stock, and/or canned tomatoes (one day I’m going to learn how to “put up” my own tomatoes). If you ended up with a surplus of some kind of vegetable from your garden this year—like jalapeños in mine—dice them up and add to the soup.
Let’s not forget the fruits of the season. Apples and pears are ready at this time of year, and while usually eaten raw and in hand, they can be cooked up in all kinds of delicious ways. I recently made a ginger apple crumb pie, from a recipe in the previously mentioned In Season (my new fave cookbook). I used local Braeburn apples and, if I do say so myself, it was to die for. Pears, too, are delightful in all kinds of desserts, but also as an addition to salads and an accompaniment to roast meat and vegetable dishes. My personal favorite way to eat pears is in a grilled Brie sandwich—life doesn’t get much better!
You may be surprised to know that there are some locally grown nuts here in the Hudson Valley. There are numerous wild nut trees around here, such as walnut, hickory, and less commonly, the American chestnut. This last one is an “at risk” nut as chestnut trees have been blighted for many years by a fungal infection. However, my sources tell me that there are some trees producing enough nuts to put on the market, and chestnuts were seen for sale at the High Falls Co-op earlier this fall. Hazelnut trees are also around, producing nuts for those lucky enough to own such trees, but local ones are not commercially available. Some local gardeners and farmers who practice permaculture use hazelnuts in their landscape. Maybe some day they’ll be at the farmers market!
Last but not at all least, some of our Hudson Valley farmers produce turkeys, ready for sale in time for Thanksgiving. While turkey is generally available year round, many people believe it tastes its best at harvest time in the fall when eaten with seasonal produce. Northwind Farms in Tivoli grows a heritage breed of turkey that can be pre-ordered. Four Winds Farm in Gardiner offers free-range, organic turkey, and one can purchase free-range, hormone and antibiotic-free turkeys at Fleischer’s Meats in Kingston. Fleischer’s sources its turkeys from local Hudson Valley farms. You should plan to pre-order local turkeys, as they sell out due to their popularity.
Turkey ordered, you can plan for all the wonderful accompaniments for your Thanksgiving table. How about baked acorn squash, roasted carrots and beets with thyme, braised wild mushrooms, and butternut purée?
Along with your dinner you must partake of the regional wine offerings. Local vineyards offer seasonally delicious Rieslings, Chardonnays, and many others.
Enjoy the season’s bounty!