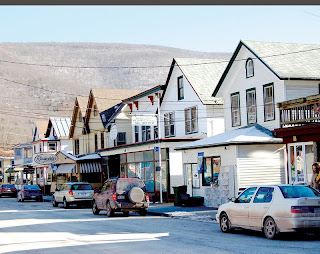 Governor David Paterson’s May 2010 announcement of a $20-million state park’s budget cut is now threatening the economic situation and fiscal life of one of Ulster County’s most important revenue catalysts, tourist attractions and economic boosters—primarily Belleayre Mountain Ski Center.
Belleayre Mountain, located off Route 28 in Highmount (half hour from Kingston), sits within the Catskill Park. First declared “Forever Wild” by the New York State Forest Preserve in 1885, bills were introduced in 1947 allowing New York state to create the ski center. With construction commencing in 1949, Belleayre Mountain Ski Center celebrated its premier and paramount opening during that year’s winter season, becoming a center for winter sports in the region.
Throughout the past six decades, the park’s upgraded amenities have transformed Belleayre into a model in the ski industry. The mountain attracts thousands of people to its trails, an economic engine that generates revenue for the many businesses that sprouted up within the picturesque towns along the Route 28 corridor.
Town of Shandaken Supervisor Robert E. Stanley said, “Belleayre’s approach is blue collar; there’s a chair lift and a bunch of snow—it’s very simple. Underprivileged kids get to come up and folks from the Bronx, Manhattan, and other urban areas, who may never be able to even see snow-covered mountains, are able to come here.”
However, the New York State Department of Environmental Conservation (DEC), Belleayre’s state owner, has been ordained to cut 140 department-wide state jobs by year’s end—and as high as 34 percent of those cuts are affecting Belleayre.
Although DEC spokesman Yancey Roy has been quoted to say that the DEC is not in control—citing that the Division of the Budget is at the helm of this issue—Supervisor Stanley said, “Yes, the DEC was told to do the statewide cut from the Division of the Budget, but [the DEC] are the ones that divvied up the cuts with 48 jobs coming out of Belleayre.”
Stanley also questions how the DEC could possibly decide to cut that many jobs considering the area’s economy.
He said places like Hunter Mountain and Windham have a lot more amenities than Belleayre; “It’s like apples and oranges and they’re crying foul that Belleayre is taking business away from them.”
The Shandaken supervisor feels that Belleayre should not be privatized, stating, “[The state] created Belleayre and made it a state park over a century ago, and 50 years later they realized that the private ownership of land and economic advancement would be limited due to the creation of the state park and created Belleayre for economic advancement—especially for the advancement of the area’s corridor.”
Stanley said if Bellaeyre were to become privatized it would have an effect on the local economy, which he states is a very economically depressed area. He said the people who live and work there are having a hard enough time making ends meet—with many of them employed at the ski center.
“To privatize it, to me, says skiing is an elitist’s sport,” Stanley pointed out, “when it should be something available for New York state residents as a whole.”
He added, “Belleayre is a break-even operation, so now Windham and Hunter can FOIL [Freedom of Information Law] the finances of Belleayre. But because they’re privatized their finances can’t be seen.”
The Catskill Mountain area is known for its skiing. The reciprocal relationship of Belleayre, Hunter, Windham, and other small ski mountains exists in the fact that people will visit each mountain over time. Each mountain brings economic vitality to the small towns around it.
The Pine Hill Arms in Pine Hill, on the back side of Belleayre, is known as the area’s economic barometer. Owner Robert Konefal said, “I’ve been here for 38 years; we’re one of the few remaining hotels in the area. I think this is the worst the economy has been since I’ve been here.”
The Pine Hill Arms is not only a place for overnight visitors to the area, it also boasts a restaurant. Konefal said, “It takes the discretionary income out of people’s pockets; I’ve seen a change already, the people that are having salary cuts can’t go out and spend money. Now a family cannot even go out to dinner once in a while as entertainment. That can be cut out—but  a homeowner can’t cut on heat, gas, and other priorities that keep a household going.”
Konefal expressed that there may be an unfair concentration on Belleayre from the state: “It’s payback because Belleayre had a lawsuit; there were many temporary employees who wanted to be permanent, and when they won the lawsuit they all became permanent at one time.”
He added, “Right now the 48 employees are back to being temporary and getting pay cuts; but what’s gonna happen come April 1st; the people could lose their jobs entirely,” Konefal said.
“The last two years, this area has been devastated; there are 21 restaurants and lodging businesses for sale in Phoenicia,” said Konefal.
Members of the “Coalition to Save Belleayre Mountain,” formed in the early 1980s, believe that Belleayre remains the main economic force in the rural area of the Central Catskills, with its location on the tip of the western border of Ulster County.
According to the Coalition this struggle with Albany is not new, as lawmakers have threatened the area since the ‘80s when plans to close the ski center were first introduced. Members of the Coalition state that even though the ski center has been called the region’s most important economic magnet, attacks reemerge about every two years. Many locals wonder whether Governor-elect Andrew Cuomo will advocate for the ski area and region by creating incentives for businesses to invest in the western Catskills.
However, Division of the Budget’s spokesman Erik Kriss confirmed that even after the state’s Assembly Oversight Committee hearing on this issue, there has been no change in the plan, and adamantly added, “And there won’t be.”

–originally published in the January 2011 issue of CWN