by Eric Francis
The events of November are the peak of 2013 astrology. Mercury is retrograde in Scorpio, which is where most of the action is taking place, though when it’s taking place somewhere else, the Scorpio planets are involved. On November 1, Mercury and the Sun form a conjunction on the same day that we experience the fourth of seven Uranus-Pluto squares. That’s the highly unusual aspect that is defining what I call the 2012-era. Two days later is an unusually potent solar eclipse in Scorpio, which brings up the “change in continuity” quality that all eclipses have, and also the pattern-setting one. On the Planet Waves website (the week of October 20) we covered the themes of denial and codependency that are coming to a head. The moral of the story with the Scorpio eclipse is to tell the truth, especially about sex. 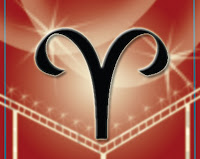 Aries(March 20-April 19)
If you focus on work, you will be less distracted by an emotional or partnership situation that arises, and will be less likely to get drawn into it in an unhealthy way. The situation has its limits; you must make sure that you have yours as well. Words said without actual intent, misunderstandings and sexual contracts that are not clear are the potential lures into a likely energy-consuming unknown. Though most days I am not the type to suggest taking a purist approach, I recommend that you direct your energy consciously into focused, productive effort or healing. You may be prompted to seek deeper understanding of a partnership issue, though that will be more productive if you seek assistance from a disinterested third party rather than trying to “work it out” with someone whose agenda you may not understand. 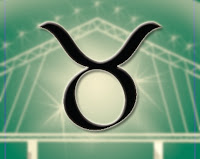 Taurus(April 19-May 20)
A potent solar eclipse marks the beginning of a new era in your relationships, based on deep inner changes. Two factors tend to cloud our connections with others. One is that many people are dragging around a load of past material, from their parents and other ancestors—stuff that simply is not their own, but which feels like it is. Second is that projection plays a much larger part in relating to others than communication. Projection is assuming that someone else is thinking something, or has a certain intent, based entirely on your point of view—or vice versa. You can go a long way this month calling in your projections, returning those of others and (in a similar vein) recognizing what material that arises in your contact with others has nothing to do with you. This will take some discernment and some practice—and it’ll be worth doing. 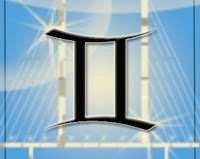 Gemini(May 20-June 21)
You’re being invited to address the most taboo subject matter—the things you’ve avoided or don’t want to talk about, and even a few secrets you may be keeping from yourself. You’ll know you’re there because it will: 1) be a little scary; 2) feel intriguing or fascinating; 3) have an odd sense of being familiar and unfamiliar at the same time; and 4) have the sensation of an inner quest or challenge. You may only notice one or two of those qualities; check in with the rest to see if they ring a bell. They’re designed to work together, to draw you deeper, to invoke your curiosity and to demonstrate how good it feels to learn things about yourself that you had no idea were possible. The usual way of life is to fear the unknown; that is not your path and it never was. 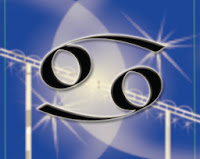 Cancer(June 21-July 22)
Many spiritual masters and those with access to the subtler shades of existence have suggested that the life we see is just the surface of existence, perhaps equivalent to more than a movie projected onto a screen, but in truth a form of maya. I am not fully committed to that notion, though I recognize the grain of truth in it—one that might be better phrased as a question than as an answer. Therefore, examine what is real and what is not. What commitments, relationships, ideas and creative processes stand the test of reality—and what does that word mean to you? What influences of the past have no bearing on your life? What is the meaning of an “original” idea? These questions may not have easy answers, but asking will offer you plenty of useful information. 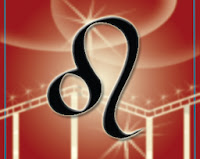 Leo(July 22-August 23)
At times you question whether you’re flexible enough for your own good, and you may be annoyed at how rigid you can feel—though it serves a purpose. You want your foundation to be strong. That requires a certain degree of firmness, and a certain kind of flexibility. Events of the next few weeks will help you determine when it’s appropriate to express one or the other. Notice what environments make you feel rigid, which pull you inward, and which draw you out of yourself. Indeed, how you respond to any environment will tell you everything you need to know about your relationship to it. So if you’re feeling like you need to be strong and inflexible, you can at least notice and ask yourself if it’s the best response, or if another would be preferable. The operative fact is that you have a choice. 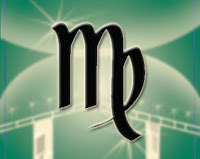 Virgo(August 23-September 22)
Mars is making its way across your birth sign, and because it will take a long retrograde in your neighboring sign Libra, it’s moving through your part of the zodiac rather slowly. Where a planet is concerned, slow means potent, and where Mars is concerned, that means your ability to focus thought, intention and action. For part of this journey, Mars will be opposite Chiron, a planet closely related to Virgo; in an opposition, these two points come to full expression—which means that you’re likely to get actual results. Many other factors in your astrology are saying the same thing. It is therefore imperative that you decide what results you want, and focus your thoughts and intentions on them. You’re not accustomed to having this much power available to you, and it requires special handling—a bit like a power tool or welding torch. 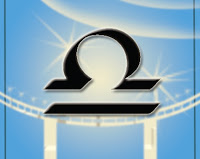 Libra(September 22-October 23)
I’ve reminded you before that everything comes down to self-esteem. The way your chart is set up right now, you might alternate between feeling like you’re really struggling with your self-worth at the same moment you’re figuring out just how much you have to work with. There are many ways to tease out the elements of the esteem you have for yourself, though I would suggest that the best measure is respect. Imagine someone you look up to, admire and whose thoughts and ideas you honor because they ring true. Do you feel this way about yourself? What would it take for you to get there? It might seem a contradiction to look up to yourself, though can self-esteem have any other meaning? Whether you have a long way to go or just a few steps to take, now is a great time to focus, explore and most of all seek true understanding of this idea. 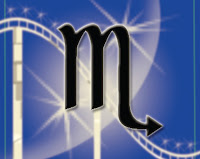 Scorpio(October 23-November 22)
The forthcoming solar eclipse in your birth sign may have you on edge. Saturn is already in your sign, with much the same feeling. Add to that Mercury retrograde in Scorpio and you may be wondering what to do with yourself, how to feel and whether you have the courage to face what you need to face. I suggest you have faith in yourself—enough to take the time and make your decisions one at a time, with precision. The only way you can go wrong is to abdicate your awareness and your power of choice, so no sloppy work. Make small, incremental moves—small enough to know you’re making clean, clear decisions. No matter how minor they may seem, each one counts; each leads to the next; and they all add up to something bigger than you can see at the moment. 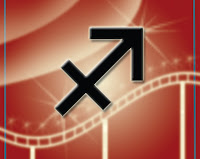 Sagittarius(November 22-December 22)
You may be feeling so much that you want to burst. But it looks like you’re not sure whether to implode or to explode. There seems to be a deep relationship situation in your life, though the way it looks, someone is lodged in your consciousness and in your libido in a way that you cannot shake, but where the person is less than available in physical reality. You might want to question whether this is a fantasy situation or something that you can actually ground in the physical world. Indeed that seems to be a theme of your chart from many points of view: the distance between how much is going on in your imagination versus what you’re actually experiencing in real time and space. Fantasy may seem safer and it may seem more accessible—assumptions I suggest you challenge with direct experience. 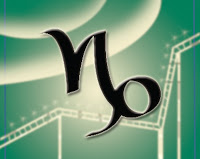 Capricorn(December 22-January 20)
If you’ve felt in any way involved in a situation with no easy way out, you now have an opening. In the most pragmatic terms, it looks a little like making new friends, particularly where you’ve wanted to go but found to be challenging in the past. However, more significantly, this is about changing your social patterns. New people, new places, new times of day to socialize—get out of your ruts and into the meadow. That’s the theme of your life these days; the past stands no chance against the future that is approaching. Who you were will never compare to the person you are becoming. Most of what you need to do is get out of your own way, though doing things differently, even modest things (like how you drive home from work, or what train you take) will shuffle your consciousness in a friendly, practical way. 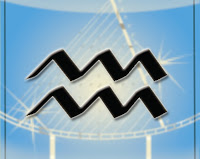 Aquarius(January 20-February 19)
Your charts are once again calling you to leadership, though you need to be clever about this. Use psychology, which is another way of saying listen for a while before you say anything, or make a decision. You would also do well to bide your time. Events between November 1 and 3 will bring both a series of revelations and also a sense that you’re in new territory—which will call for a new approach to your situation. It won’t be until Mercury stations direct on the 10th that you know fully where you stand, and when the last of the missing pieces will be filled in. That idea about knowledge being power was never truer for you than it is now. Or said another way, knowledge that you use wisely will help you use your power in a humane way. 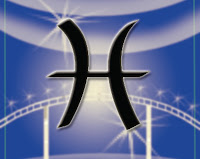 Pisces(February 19-March 20)
Refuse to be persuaded by what anyone believes—or by what you think they believe. You know you have access to direct knowledge, which will serve you well as long as you don’t allow other people to distract you from your own inner truth. What you may notice over the next few weeks is that: 1) it doesn’t matter if other people don’t believe what you believe or even consider the world as you see it; and 2) if you remain true to yourself and set a solid example, others are likely to see the wisdom in your way of thinking. That cannot, however, be the goal—as far as you’re concerned, assessing the intelligence of others is really an estimation of whether they can see the obvious. You can, and don’t let anyone try to convince you otherwise.
Read Eric Francis daily at PlanetWaves.net.