For most of 2014 so far, we’ve been under the influence of inner-planet retrogrades, a distinctive feature of this year. First was Venus, then Mercury, then Mars. Now Mercury begins an interesting retrograde on June 7, which ends July 1. I say interesting because it begins in the water sign Cancer, and treks back into its own sign Gemini. That will provide contrast between instinct and intellect, which modern humans could use more of. Said another way, that contrast highlights the difference between emotional reflex and mental reflection, which you could say is the basis of a peaceful life. Mars, for its part, remains in Libra until July 25. The Sun enters Cancer June 21, at which time the Northern Hemisphere days begin to get shorter.
Gemini (May 20-June 21) 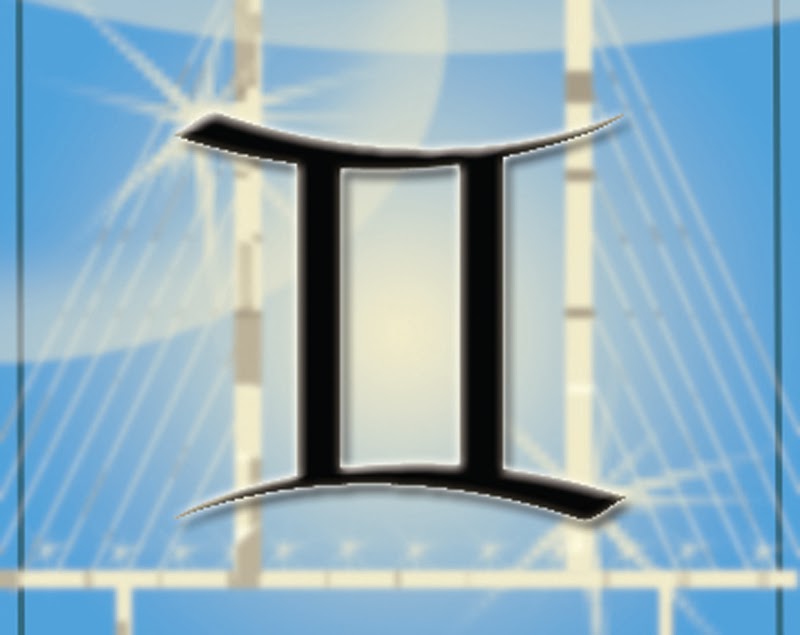 Mercury is now making a long visit to your sign, interrupted by a spell between May 29 and June 17. During that time Mercury, associated with your sign, will be moving very slowly in early Cancer. The image is of you getting to experiment with being another person, perhaps the person you’ve always wanted to be but could never quite make contact with. While you are there, this may seem natural, and it may even seem extremely familiar, like you’ve done it before. Once Mercury goes back into Gemini midmonth, however, you’re likely to forget everything you just remembered. The way to avoid that will be to anchor your new reality while you are there, in particular on the emotional level, through contact with others, and with acting on your deepest desires. That will give you some reference points so that you can find your way back when you want to.
Cancer (June 21-July 22) 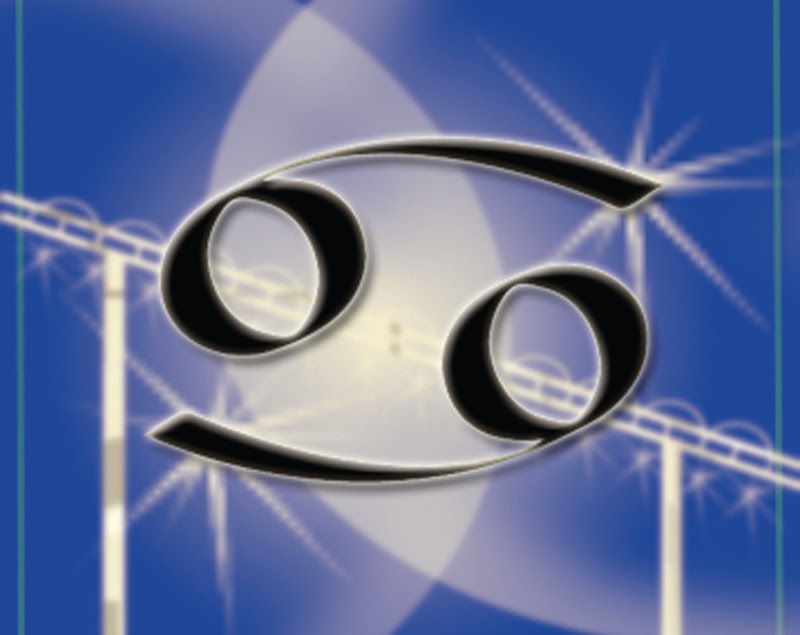 One theme of this time in your life is sorting out your emotional sphere, questions around your sense of safety and belonging on the planet, and whether you feel confident in your home. Now the emphasis shifts to an inquiry into what you might be inclined to deny the existence of, including influences that touch your life originating before your birth. If your therapy, healing or personal growth process handles this territory, I suggest you go there. Even if not, you can help yourself by maintaining a discipline of looking at both sides of every issue, particularly any anxiety, guilt or other shadowy emotions you feel. There is indeed another side, and it’s available for exploration if you’re curious and willing to see it. The good news is that doing so will likely provide significant psychic and emotional relief. 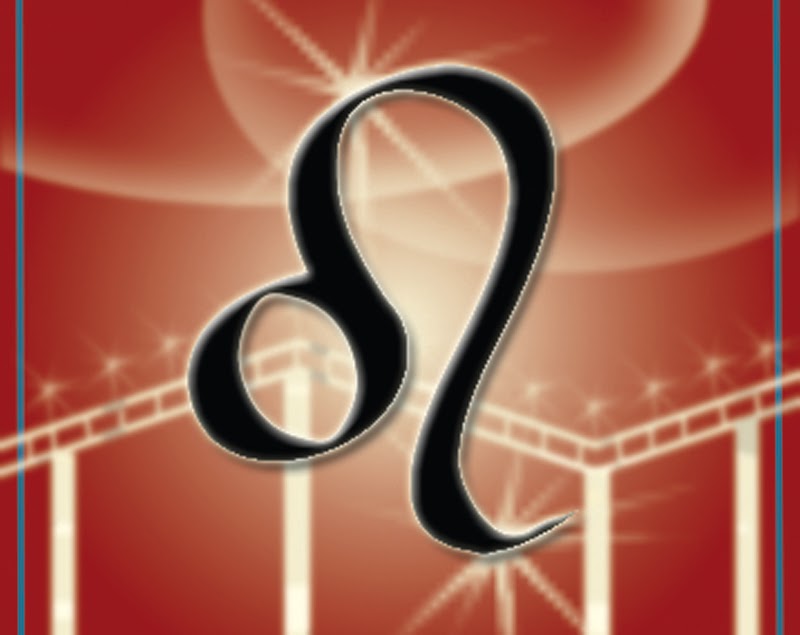 Leo (July 22-Aug. 23)
Part of how you’ll shine in your career this month is by being a master of psychology. You’re loved and trusted enough for people to reveal themselves to you. Then you’ll need to be a careful observer of what is not said, and a devoted analyst of any information you acquire. Everything is not what it seems. There are more than two sides to every story, then there are the emotional motives, which change when someone is in the context of a group. Be mindful of the two identities that a person can have, one when they’re acting on their own, and one when pressure, image and conformity come into the picture. Notice these things in yourself and you will be that much better equipped to notice them in others, though everyone will express this differently.
Virgo (Aug. 23-Sep. 22) 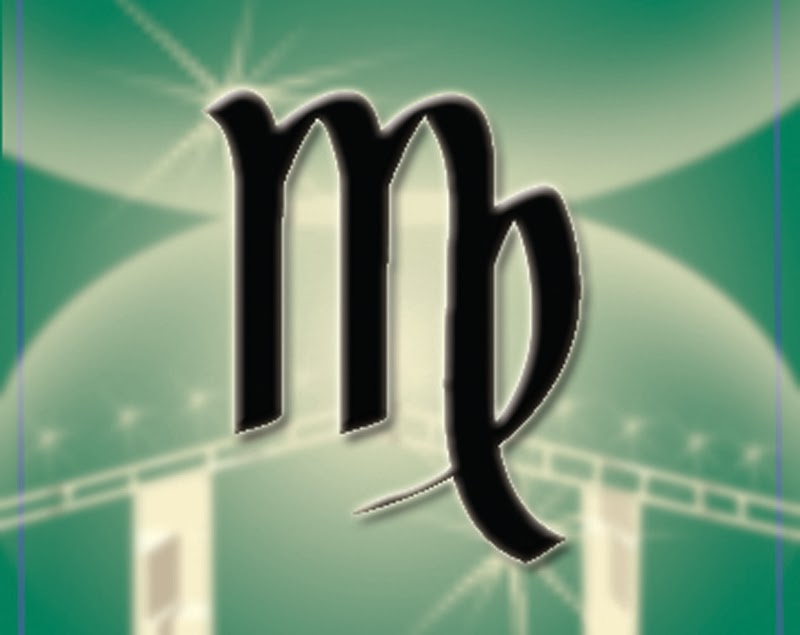 In professional matters, I suggest you work with Plans A, B and C. You’re likely to get where you want to go, however, it’ll probably be by a different route than the one you planned. Therefore, on any matter of real significance to you, work out a few contingencies, then be open to things happening by serendipity. In other words, don’t worry about the plans once you make them; actually respond to what’s happening in real-time. Above all, be aware of the tone, content and clarity of your communications with people in authority. You’re likely to experience direct benefits and rewards associated with that clarity, and experience one bungle after the next if it’s lacking. Therefore, edit your emails carefully before sending. Consider what requires a phone call or in-person visit. Think carefully; don’t miss the obvious.
Libra (Sep. 22-Oct. 23) 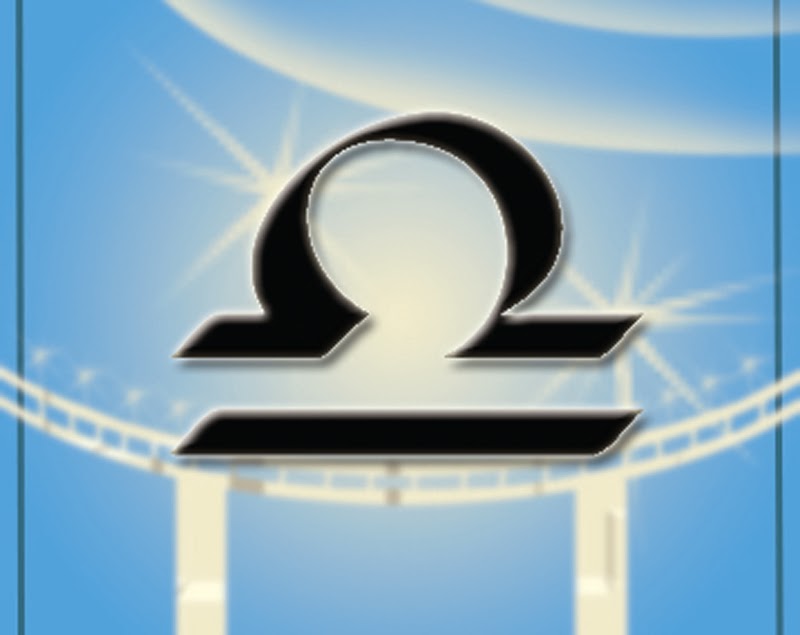 Mars has stationed direct in your sign, and it’s now time to evaluate whether a particular relationship is right for you. You’ve gained considerable experience, and you have likely had many moments of revelation. All the facts in the world, however, don’t add up to what your intuition is telling you about whether someone belongs in your life. There is more, however. You have learned plenty about what kind of relationship and what kind of partner is right for you, and going forward it will be vital to apply this information to your choices. You’ve experienced a pattern of astrology that you will never experience again, though you will have a few last reminders of what you learned between now and the end of July. New worlds are opening up, and I suggest you open yourself up and be ready for them.
Scorpio (Oct. 23-Nov. 22) 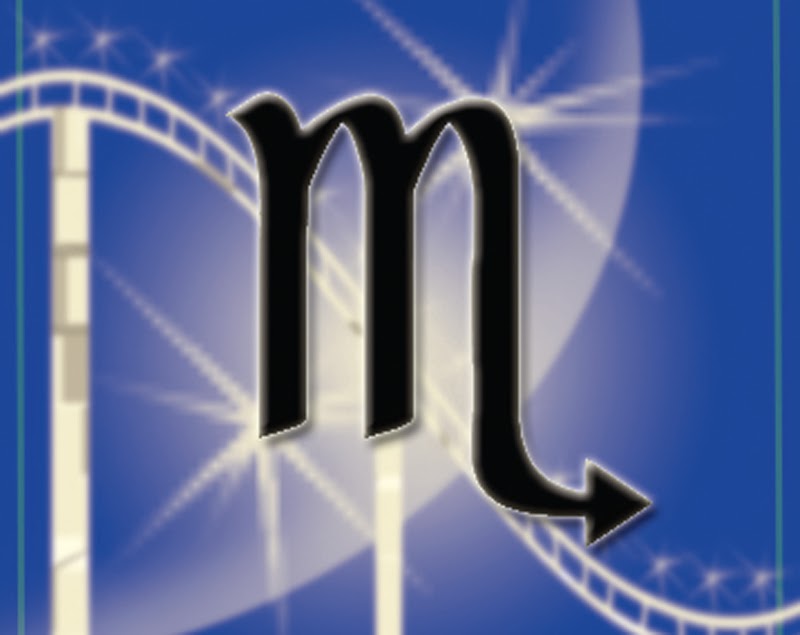 We live in a world where our fear seems to stalk us even from before we were born. Over the past six months, your relationship to fear has changed, and that process is now gathering momentum. Notice how what might have caused deep anxiety is now something you take in stride. The question is, what has really changed? That question has an answer. What has changed is your relationship to yourself. You have deepened your inner contact to a degree that you may have only guessed was possible, and that has resulted in your finding a place of greater confidence in yourself and faith in the flow of events. You are also smarter than you used to be — there are rewards for putting your well-earned knowledge of life to actual use.
Sagittarius (Nov. 22-Dec. 22) 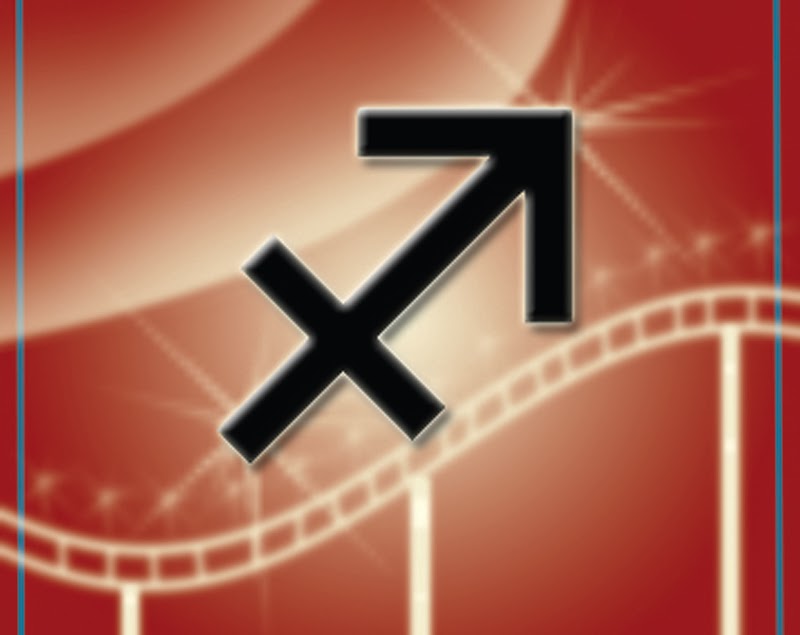 People may seem to make less sense to you than ever, but that doesn’t matter so much because you need them less than ever. If the adventure of Mars retrograde has taught you anything, it’s that you need to emphasize your independent streak, and leave the codependent thing to others. In fact you’ve yet to see the real benefit of not being so entangled in the lives of others, which will emerge when Jupiter enters fire-sign Leo in July. Until then, I suggest you keep your long-term commitments to a minimum, because within a matter of six or eight weeks you will have a whole new perspective on time and planning. Indeed you will have a whole new perspective on your existence as your vision for your life gradually comes into focus.
Capricorn (Dec. 22-Jan. 20) 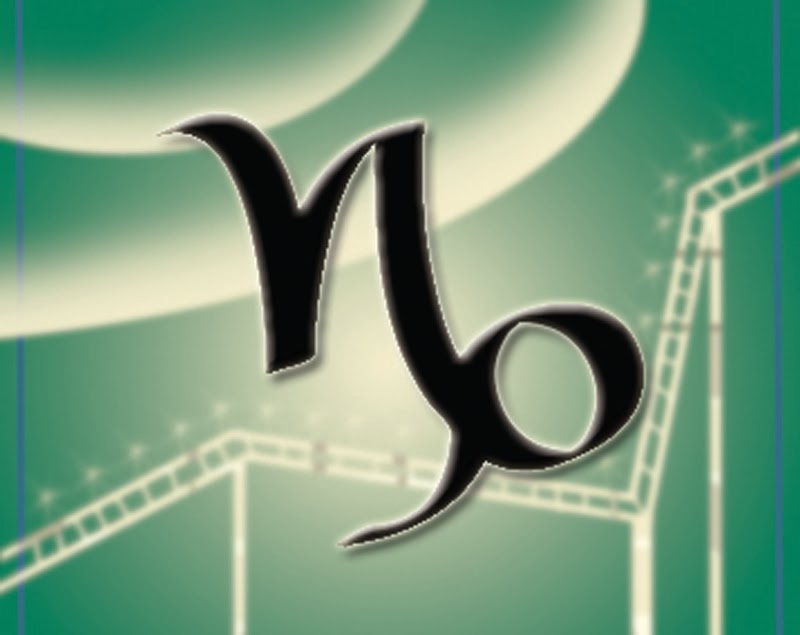 You are about to discover how much devotion true leadership takes. It’s even fair to say that leadership and devotion are the same concept for you now, as you put your heart and soul into a deeply held personal goal. Remember that although this is a point of commencement, you’re not starting from the beginning. You’ve learned a lot the past six months, gone through several revisions of your plan and learned to state your goal in a way that you can accomplish. And you may have learned to let go of the folly of ‘things just happen’ and replaced that with ‘things happen more easily in the correct time, with sincere preparation’. That is what you have going for you now. One last thought — in the digital age, proper work flow is second only in value to the idea itself.
Aquarius (Jan. 20-Feb. 19) 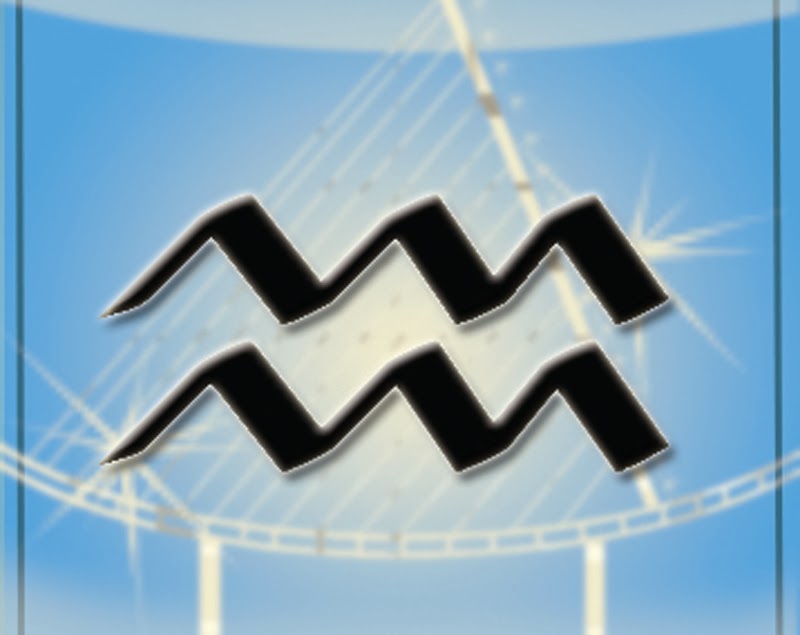 Getting clear on your yes and your no is a top-level personal growth project. If you prefer the spiritual paradigm, it rates right at the top there as well. These are the two main commands that control the flow of your life. Without clear yes and no, it’s like having a car where none of the interior controls are connected to the moving parts on the vehicle. I believe that much of what people struggle with, especially here in Western culture, could be avoided or resolved were people to be in full possession of yes and no. For you, there is a wrinkle, which is making up your mind and asserting yourself in the face of conflicting information. What you seemed to agree with a month ago you may now have questions about. What seemed unlikely or impossible six months ago now seems plausible. I suggest you give any important decision at least one more month of consideration, if you can.
Pisces (Feb. 19-March 20) 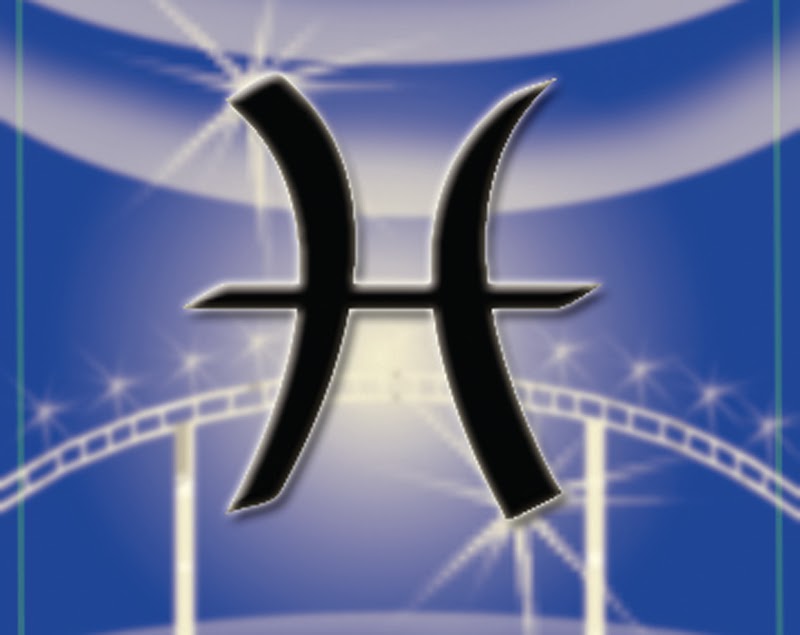 The recent Mars retrograde raised many questions of sex and gender, most of which were expressed in a public or political way. These are in truth deeply introspective themes, and over the coming weeks a question comes home for you. That question is: if everyone contains all gender and sexual potential within themselves, why do we need one another? If you can relate to yourself and to others from the polarity of male or female, submissive or dominant, giver or receiver, then what is the use of relating to others? The obvious answer is that it’s interesting, and when done well, nourishing. The more aware of your inner potential you are, the more fully you will be able to relate to others.
Aries (March 20-April 19) 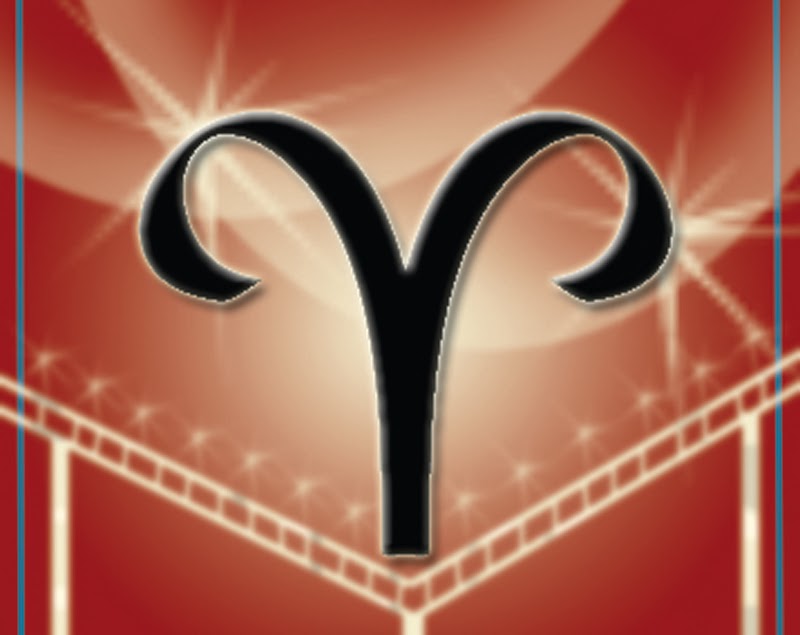 If history has a tendency to repeat, that’s because so few people learn from their mistakes or pay attention. You have the ability to do both. There’s been plenty to pay attention to, and plenty you would do differently if you could — and now you can. When you encounter challenges similar to what you’ve already encountered, remember to review how you handled them. In particular, note how you handled the feelings of others, and how you perceived the role of others in your life. Now you can reassign those roles. If you’re paying attention, you will make choices that lead you to be a more autonomous and independent person, but one no less committed to who and what you love. It’s just that you cannot have a relationship without a Self.
Taurus (April 19-May 20) 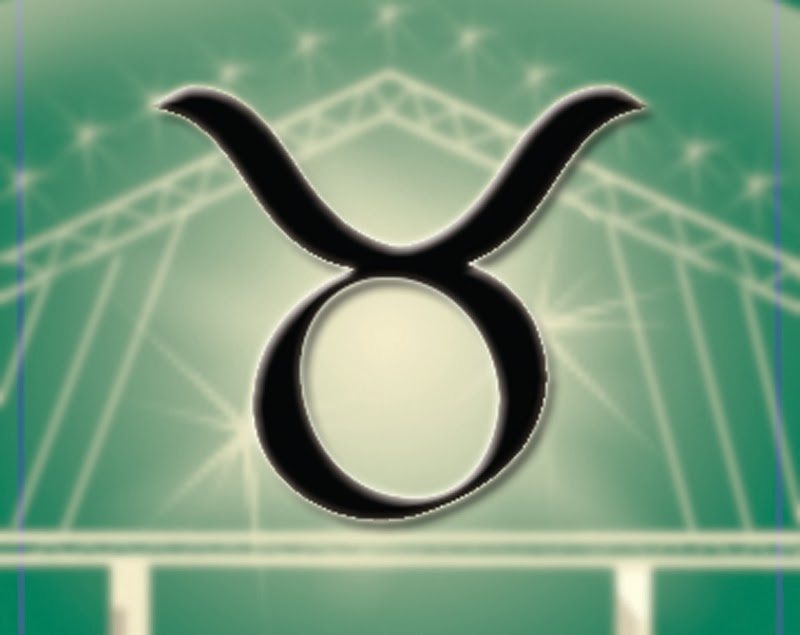 Venus will be in your sign for most of the month, which is of course good news for you. This hint of stability comes at a time when plenty will be vibrating on the inner levels of your life. I know it always is — there are few signs that have as complicated an inner life as does yours, though the message of the planets now is focused on seeing both sides of yourself, whatever that concept means to you. This is a fine time to analyze where your values conflict, and it’s also time to overhaul your ideas about money and the way you organize it. There is a valuable method of income that you may not have seriously considered yet, and I suggest you give it some thought the next few weeks, and take action soon.