Huguenots, Quakers, and Longhairs: New Paltz through the Years

by Anne Pyburn Craig
In the 1600s, French Protestants were outnumbered ten to one by Catholics. Terrible things happened on a regular basis. Huguenot families banded together and fled, first to Die Pfalz in Germany, and then onward to the New World. A group accumulated in Hurley and arranged to purchase some prime riverbank a few miles to the south. 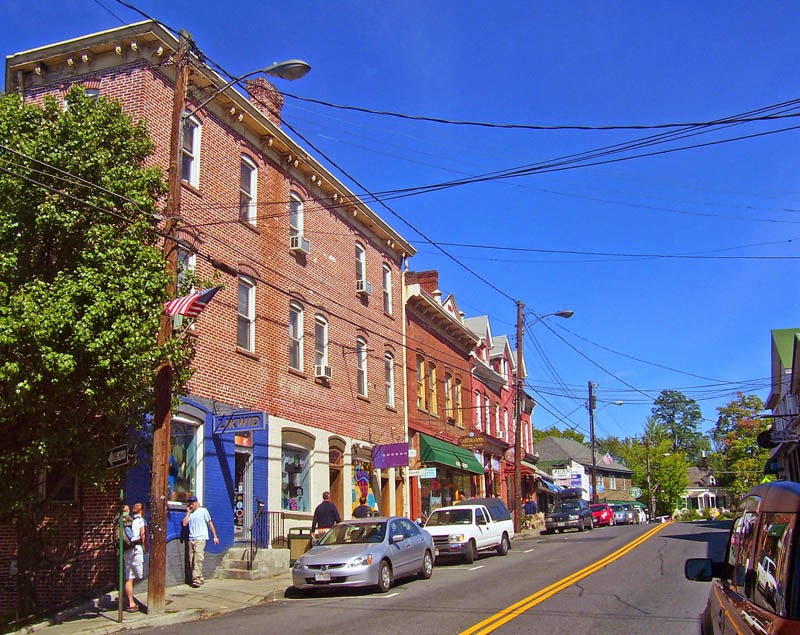 The deal was signed in 1677; a bill of sale lays out the agreement with the Esopus sachems, two of them women. The land “from the High Mountains at A Place called Moggonck from there Southeast to the River,” would belong to the Huguenots in exchange for clothes, guns, tools, wampum and other goodies, and the Indians would have hunting and land use rights “as free as the Christians.”
The refugees—head honcho Louis Dubois and his teenagers, Christian Deyo and his four daughters, the Hasbrouck brothers, the LeFever brothers—started with a fort and wooden homes, soon replaced by the stone ones that still remain today. One of the earliest surviving records describes the deeding of a cabin and some land to schoolmaster Jean Cottin in 1689. He was granted woodcutting and pasturage rights, and forbidden to sell  “to any one not of good life and manners.” He kept his side of the bargain, ultimately selling to a neighbor at a tidy profit, moving to Kingston, and marrying the widow of Louis Dubois.
Governed by the Duzine, the “Twelve Men,” the Huguenots farmed and worshipped together and got along better with the Esopus than most. They met to govern democratically nearly a century before anyone ever thought of a United States of America. Early wills reveal a community-minded bunch who left legacies to the poor, arranged inheritances for wives and daughters, freed slaves. The children of the Duzine ventured forth around the Hudson Valley, leaving their mark—one built Washington’s Headquarters in Newburgh, another the first house in Marlboro. French gave way to Dutch, and Dutch to English. By 1820, New Paltz boasted 20 homes, 2 stores, 2 hotels, 2 cake and beer shops, a blacksmith shop, a schoolhouse, and a church.
During the Revolutionary War, 15 New Paltz militiamen scuffled with a band of 30 Tories on their way to join the British. They failed to stop them at the banks of the Wallkill, but word was sent on to Newburgh, where they were captured and ultimately court-martialed in a proceeding run by a Louis Dubois.
Early on, hamlets formed that were as populated and important in their time as the village by the riverbank: Springtown, Ohioville, Butterville, Dashville, Libertyville. Settlers harvested and sold fruit and wheat (later replaced by corn); they hunted deer and bear; and they raced fine horses on the flats. By the middle of the 19th century, New Paltz was a rompin’ good time for young adults. “Alex Schoonmaker Fiddled for us and it came near beating our dance at LibertyVille. Rowena looked as She always does, good enough to eat,” wrote Jacob Hasbrouck’s friend Ed Halluck in an 1857 letter. Five years later, Jacob was writing poignant letters to his wife Rowena from various Union Army bivouacs.
In 1869, a man named Albert Smiley purchased 280 acres containing a 10-room hotel and tavern and began a Quakerly resort that would become the world-renowned Mohonk Mountain House. Starting in 1870, Mohonk could send stagecoaches to the brand new New Paltz depot of the Wallkill Valley Railroad to scoop up eager holidaymakers from New York City.
Education remained a priority in the area, and the New Paltz Classical School opened its doors in 1828, offering Greek and Latin along with the basics. Its Huguenot Street location burnt down in 1884, and it reopened as the New Paltz Normal School, relocated to a 10-acre plot up the hill after yet another fire. (Some historians claim that the original building was sited atop an Indian burial ground, and we all know that’s a bad idea.) The new Normal School, as training academies for teachers were called, opened in 1909 and became a full-fledged four-year college in 1938.
The descendants of the Twelve and the folks who came to join them had always been education-minded, but now they had a steady influx of young people and a community of professors there to teach them. Longtime art supply and used-book king Manny Lipton used to reminisce fondly about ladders propped at the windows of the girls’ dorm at the Normal School. 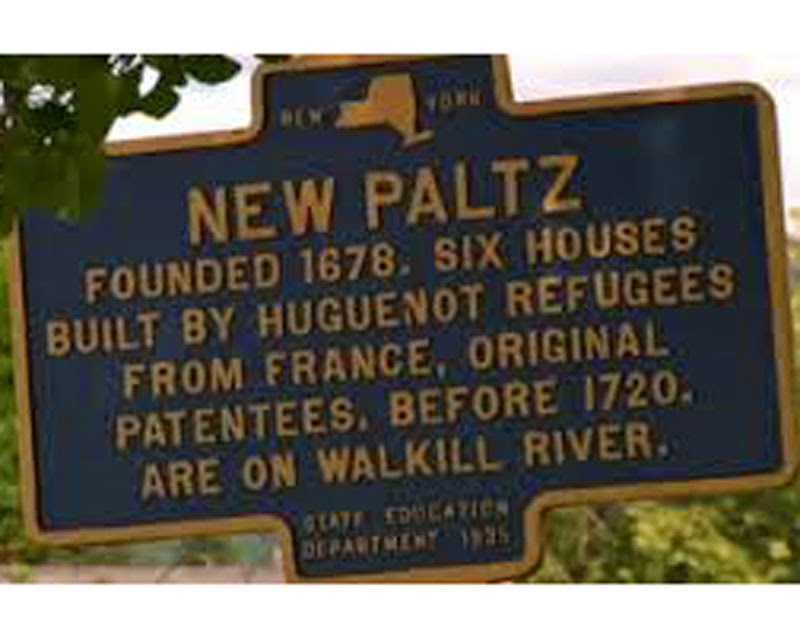 By the 1960s, the town was in a strong position to become a hotbed of change, and it did, to the horror of some. A New York Daily News front page featured a picture of a downtown stoop jammed with longhairs and captioned it “A Town Torn By Too Much Youth,” with a handy map on page two in case you wanted to go see for yourself. Main Street teemed with colorful, sometimes incoherent characters, bands like Jefferson Airplane played for free at festivals in what were called the “Tripping Fields,” and issues between the townies and the hippies that got rough at times.
The kids may not have resembled the Twelve Men, and “Normal” might have been the last word anyone would have chosen to describe the college by then, but a lot of them settled down and stayed in the sweet little town by the Wallkill, and as the Duzine had before them, did life their way. They formed arts organizations and Waldorf schools; opened galleries, coffee shops, and fine restaurants; and helped mold the town into the place that would, around the turn of the last century, say No to Walmart and Yes to gay marriage on the Village Hall steps.
Prime location, solid roots, a smart population and a constant flood of youthful energy have carved out a community that is a wonder to behold. Beautiful, brainy, packed with world class talent, and usually embroiled in at least a half-dozen civic squabbles at any given time, New Paltz is a wonderland for work, play, love, or learning.