The evolving story of a countywide bike and rail trail plan.
by Tod Westlake 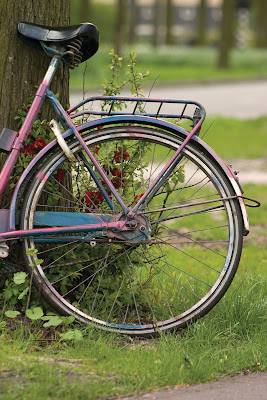 A movement toward a more sustainable way of living will mean that we need to come up with sustainable forms of recreation. In the coming decades, the rise in fuel prices will likely mean that air travel will once again become a bit more of a luxury, and that people will look for attractive and fun ways to have fun in their own backyards. Now take a step back and think of all that Ulster County has to offer when it comes to outdoor recreation. Depending upon the time of year, there is an endless variety of outdoor activities that are available in this area.
One of the things that will help glue this concept together on a countywide basis is a comprehensive system of bike and rail trails. And there’s no doubt that Ulster County is off to a very good start. With approximately 30 miles of rail trails throughout mostly the southern portion of the county, and other more rugged trails further to the north, you don’t have to travel far if you want to get out in the sunshine and enjoy a safe place to ride.
Even more encouraging is the fact that these trails could, in the coming years, become a single contiguous system that will allow folks to access most parts of the county. You could get on your bike in Poughkeepsie or Highland, enjoy a ride through New Paltz, and then up to Kingston for some lunch. An even more ambitious vision would see cyclists in Manhattan be able to ride from the city all the way into the Catskills.
“That’s the ten-thousand foot view, isn’t it?” said Richard Travers, chairman of the Rondout Valley Rail Trail Initiative as well as the head of the Rondout Valley Business Association (RVBA). “You start in Battery Park in Manhattan, you ride up through Westchester, up into Dutchess County, you cross the Walkway Over the Hudson, and then you reach the trails here in Ulster County.”
One of the recent steps in this direction, according to Travers, occurred several years ago when municipalities in the Rondout Valley began to recognize that they had a mutual interest in seeing a healthy and vibrant rail trail along the path of the old O&W Railroad right-of-way.
“Back in 2009, the town boards of Marbletown, Rochester, Rosendale, Wawarsing, and the Village of Ellenville agreed to join with the RVBA in creating a municipal agreement,” said Travers, “the purpose of which is to see a contiguous rail trail from the northern part of the valley, which is Marbletown, to the southern part of the valley, which is Ellenville. There would also be a connector on Route 213 to the eastern part of the Rondout Valley, which is of course Rosendale.”
Travers, along with the municipal officials who backed the agreement, believe strongly that the trail can do a lot when it comes to attracting tourist dollars, and that there will be a number of associated businesses that could be created, thereby adding jobs to a local economy that has taken more than its fair share of hits in recent years.
“We want to create this contiguous trail in order to stimulate the economy of the Rondout Valley,” Travers said. “It’s as simple as that.”
There are also a number of spots where spurs, or secondary trails, could link up with points west. For example, there has been some discussion in recent years of linking Minnewaska State Park Preserve with the Vernooy Kill State Forest (aka, the Lundy Estate) on the west side of Route 209.
“These secondary trails, while important, aren’t as important to the local economy as the main rail trail,” Travers added. “The main trail will pass through the hamlet of Accord and the hamlet of Kerhonkson, and it is the most likely vehicle for improving the economies of those two hamlets.” 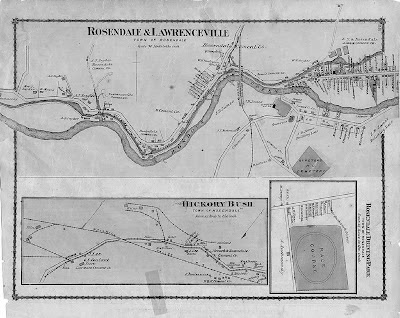 Travers sees an even bigger upside for the valley if the current plans to revitalize the Nevele Grande Resort come to fruition.
“Think about the rail trail’s effect on these communities in conjunction with the return of the Nevele,” Travers said. “The Nevele has two-and-a-half miles of rail trail on it already, and that would extend into Ellenville.”
Travers says that there are plenty of adventurous types who would happily ride their bikes from the Nevele into the northern part of the county—assuming that there’s a way for them to do so.
“There are people who take the train as far as they can up into the Hudson Valley, and then they bike all over the place,” Travers noted. “So, there’s no question that rail trails are a fantastic form of entertainment and that they attract visitors. It could be the single most important item to help stimulate the local economy.”
Over on the other side of the Shawangunk Ridge, the Wallkill Valley Land Trust (WVLT) has been actively involved for the past several decades with the creation and preservation of the rail trail through Gardiner and New Paltz.
“We do conservation easements and land protection agreements in southern Ulster County,” said WVLT Executive Director Christine DeBoer. “We were able to do a series of events to purchase the rail bed for the Wallkill Valley Rail Trail, which is about 12.2 miles in [the towns of] Gardiner and New Paltz.”
DeBoer says that the trust, after purchasing the rail bed, placed what is known as a “conservation easement” on it, and then turned the property over to the Town of Gardiner. Conservation easements are legally enforceable agreements between an owner (often a land trust) and government that clearly delineate that the property is to be preserved. These agreements also stipulate that the property is to be inspected on a regular basis, thereby ensuring that there is no encroachment by unwelcome development or other problems.
“Because of the conservation easement, there’s a legal obligation we have…to inspect the property every year,” DeBoer said. “I always joke around that we make sure that a skinny Walmart doesn’t pop up on the rail trail. And that’s our obligation forever.”
The day-to-day management of the trail itself is actually handled by the Wallkill Valley Rail Trail Association, a group that the WVLT helped to develop.
“That organization maintains the rail trail,” DeBoer said. “They work with the town or village to do mowing and things like that.”
A big move for the WVLT also came in 2009, when they partnered with the Open Space Institute (OSI) to purchase another 11.5 miles of the Wallkill Valley rail bed, according to DeBoer.
“This goes through the Town of Rosendale, through the Town of Ulster, and all the way to the Kingston city line along Route 32,” DeBoer said. “The exciting part is that, except for a few tiny sections that we’re working on, it’s contiguous.”
Part of this will go through the Williams Lake development, and DeBoer said that the company that plans to build the project sees the rail trail as a welcome addition.
“We’re working with them,” DeBoer added. “They want the rail trail, and all of their development plans include it.”
DeBoer said that an agreement over a rail trail easement through the property would probably happen sometime this year.
The most imposing feature in this newest section is, of course, the railroad trestle in Rosendale.
“We’re partnered with OSI to raise $1.1 million to restore the railroad trestle for pedestrian use,” DeBoer says.
The trestle, it should be noted, was open for a time, but has now been closed until a number of safety modifications can be put in place, including new railings and new decking.
“We’re looking to be able to open the trestle by the end of this year, hopefully earlier,” DeBoer said.
As of now, however, the project has raised over $850,000, so things appear to be on track for a dramatic unveiling.
The development of this type of trail system is not without its minor headaches. If you would like to bike from the rail trail in New Paltz to the Walkway Over the Hudson in the Town of Highland, for example, you’ll have no choice but to ride your bicycle on surface streets, some of which have inadequate shoulders for bicycle traffic.
Recently, however, the Southern Ulster Alliance—which consists of the Towns of New Paltz, Gardiner, Lloyd, Marlboro and Plattekill—undertook a feasibility study regarding the prospect of linking the two trails.
The 63-page study goes into great detail regarding several measures that would make this possible. For example, creating a “bike boulevard” on Henry Dubois Road, and a bicycle boardwalk that would traverse the wetlands between New Paltz and Highland. And then there’s the issue of safely getting bicyclists across the NY State Thruway.
Another major factor in creating a countywide system involves the creation of a rail trail system in the City of Kingston that will act as a sort of nexus for a number of other trails. The Kingston Land Trust has been actively working to create a “network of trails, bike paths, and complete streets that connect rail trails from the Wallkill Valley, Rondout Valley, Catskill Mountains, and Kingston Point to a Midtown Hub along the Broadway Corridor creating more opportunities for residents, families, and visitors to connect with places in the city that are special to them and to interact with nature,” according to the group’s website.
Ulster County is perfectly situated to become the go-to place when it comes to biking here in the northeast. And with all of these projects converging, it may be time to start thinking about whether a comprehensive master plan for the county as a whole would be a worthwhile endeavor. Many of the pieces are already in place. Now could be a good time to take it to the next level.