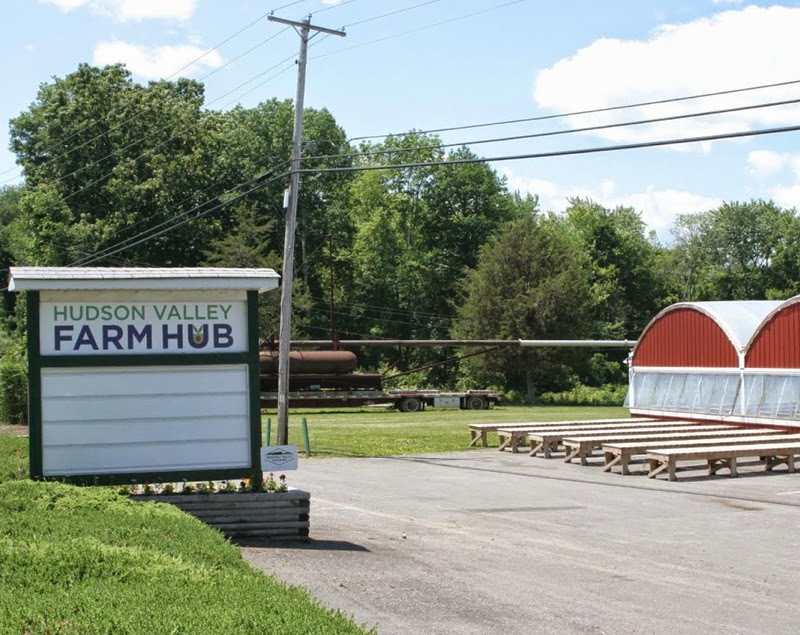 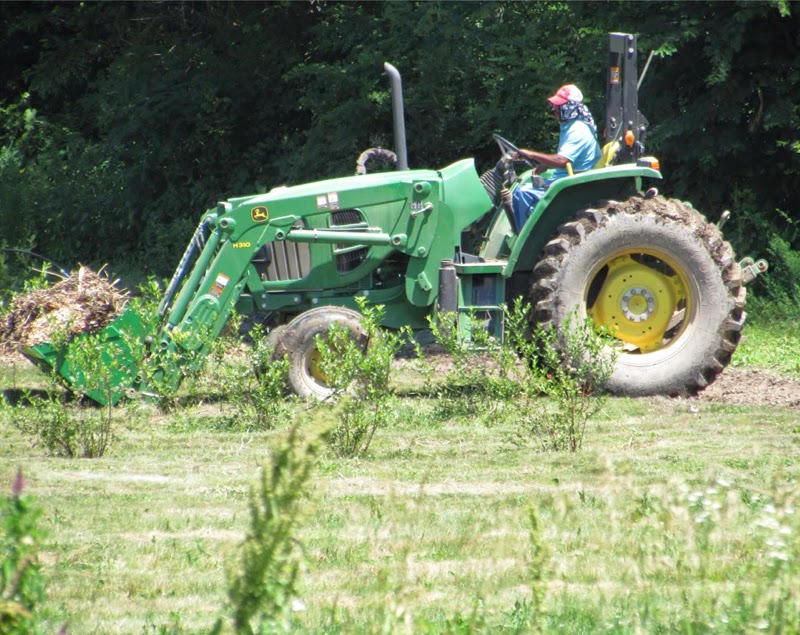 In mentioning that half the grain will be grown using organic techniques and half using conventional ones, O’Dea is touching on one of the Big Questions that has been asked by many locals about  the Farm Hub Initiative’s direction. But it’s a question that many of the wise minds gathered at Mohonk—whose numbers also included Rondout Valley growers Bruce Davenport, Chris Kelder, and Amy Hepworth—consider something of a moot point. The idea, as Hepworth opined in an earlier Farm Hub article in this space, is to grow as well and productively as possible while maintaining the health of the land. At the cutting edge of research, as on many a smaller farm all over the planet, the distinction between “organic” and “conventional” gets fuzzy when you’re using a mix of ancient and ultramodern good ideas.
“As far as I know, no local organic growers have been short-minded enough to take a visible ‘organic or bust’ stance about the Farm Hub,” reports a source close to the project who spoke on condition of anonymity.” And most anyone who actually grows for a living understands that there are multiple overlaps in practices, and black-and-white thinking about this just doesn’t work.”
Dina Falconi, author of Foraging and Feasting and a strong advocate of sustainability, went to the Mohonk event and liked what she heard. “A lot of local growers are not organic and there is a lot of fear around what may happen, but I think the money is going to be used to support what is already in place. I don’t see any danger except that it may take a long time to do what they are wanting to do. If we can eventually find a way to successfully grow strawberries without fungicide, that’s great for everyone.
“Maybe I’ve been naively taken in, but I do feel trust. There’s a dreamlike quality: Money descends and liberates a piece of land with no self interest except making a better world. There is a fear factor about trusting big money that comes in, but the goal is to create an agricultural think tank that can teach the region and the rest of the world about growing food. We’re in a state of evolution and need to use what we’ve got.
“I strongly support organic vision as much as I can, but I still buy from conventional growers. It’s not about organic versus non-organic, it’s about ideas beyond that. The triple bottom line mandates feeding the people, the soil and the ecosystem—as you grow food, are you also taking care of ecological and human health? But if we can’t grow food, that [question is] no use. I think [the Farm Hub] has the potential to advance our understanding on these issues into the future. Put the right directors into right places…We have vision, now we need implementation.”
Collaboration, education and  investment are clearly well under way. The Rondout Valley Growers Association reports in its newsletter that the Local Economies Foundation has awarded $726,000 to the Rondout schools to pioneer an Agriculture and Food Science Initiative, to include “the creation of interpretive outdoor trails for educational use, building an educational/research greenhouse and development of a Food Science facility. The project will span a three-year timeline, beginning with the trail construction.”
Educators are thrilled to have the resources to seed the next crop of future farmers, and Pickering-Cole says the school initiative fits hand-in-glove with the Farm Hub’s mission. “We anticipate that over time the Farm Hub will be a resource for and a complement to the Roundout Valley Central School District curriculum and to that of other schools,” she says, noting that the presence of five-star farmers and ardent educators was a factor in the Novo Foundation’s selection of the Gill Farm location in the first place.” As we develop programming we’ll be looking at how we can interface with students both on and off the Farm Hub.  Hopefully, the fact that the Farm Hub will have a professional farmer training program will inspire younger people to think about agriculture as a career path.”
Wes Jackson—whose efforts at the Land Institute to develop perennial grain species have been making considerable progress over the years—is a firm believer that the kind of inclusive and collaborative approach being taken by the LEP and its partners is the way to make significant progress. “People say to me ‘You’ve got to get to the big agribusiness concerns, you’ve got to take out Monsanto,’ and so on, but we don’t need to get to anybody, we just need to do our work,” he says. “We draw a line and create a ‘them’ and an ‘us,’ but we’re all in this together, beneficiaries of the good and suffering through the bad…Wherever our side can get help I am willing to take it. I’m optimistic enough to know that if there’s money going into this effort and people are interested and well meaning, a lot of good things can happen. This may be just what that area’s been waiting for.”
Oh, and we’re all invited to Salina in late September for the Prairie Festival, the Land Institute’s annual “intellectual hootenanny” of agricultural thought leaders, and to check out some landscape that doesn’t need a rolling pin.