Glimpses of the Next Economy

by David McCarthy
The work of shifting our global economy toward one that honors both people and planet is immensely complex and multifaceted. Here I would like to focus on three structural features that I believe are needed for the next economy. The three are: local and complementary currencies, community capital, and civil endowment. All these features are responses to evident needs—namely the need for monetary reform, the need for localized and small business investment, and the need for a practical system of generalized economic reform that does not depend on political reform. Let’s look at these one by one. 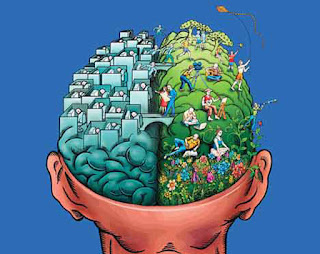 Here in the United States, our present-day system of money creation is a governmentally established franchise operation for private banks. Ninety percent of US dollars are created as interest-bearing debt by privately owned banks under the Federal Reserve System. Many reformers see the remedy taking the form of money being issued directly by the US Treasury or by state banks, such as the long-standing successful model in the state of North Dakota. Whatever the merits of these ideas, they depend on very significant legislation, which frankly is unlikely. Perhaps the state banking movement will gain some traction, and I would regard that as a positive outcome. I just don’t see any outcome that regards money as a government monopoly franchise as a full solution. It doesn’t need to be. A much more elegant solution is what I call civil money, which is based on interest-free community mutual credit. We have created such a system in our region; it’s called the Hudson Valley Current. Along with the very real benefits the system offers to users, there is something additional going on: it is a working example of very fundamental monetary reform, operational and available in our region. Such currencies are called complementary because they are not meant to replace what’s already there. Instead of a monopolistic form of money creation, I believe we should have a mix that includes government-created money, money from private banks, and money such as the HV Current, which is issued by civil society.
But money isn’t everything, as the saying goes. Therefore, another key challenge revolves around patterns of investment and ownership of productive assets, which practically speaking means businesses. Small and local businesses account for about half of all job creation in this country, but they receive but a tiny fraction of investment flows. If you are investing money for retirement, chances are it is going into the casino of Wall Street, not your local economy. The other key point, of course, is the actual behavior of businesses. Are they going to engage in activities that are good for the environment and for human beings or, well, that other stuff?
The general idea of community capital is a remedy for all these problems. If people are investing for their own community, they are inevitably going to do a better job, simply because the feedback loop is much more direct. No one is going to build a highly toxic factory in their backyard if they have a choice. The same is true, at least potentially, for things like employment practices. Having community oversight for local businesses creates a much healthier economic environment overall. For all these reasons I, and many other folks here in the region, advocate the development of community capital projects. And no, locally owned banks and credit unions do not fill that role, though they are certainly better players than the mega-banks. We do have one community capital organization in our region—Community Capital New York (communitycapitalny.org)—which functions as a lender for small businesses and affordable housing. This is great work, but I believe there needs to be more of it. And I also believe that community capital can and should operate on an expanded business model, one in which individuals can invest money in accounts at the institution, and the institution itself makes direct investments, not loans. This would combine some features of a bank and a brokerage, all focused on local investors investing in their own community. The regulatory issues will need to be worked out to do this, but if done right it can result in very positive and powerful outcomes for communities. If you want to learn more about these sorts of possibilities, see the work of Michael Schuman, especially his book Local Dollars, Local Sense.
Finally, let’s talk about civil endowment. All of the ideas in this article are to some degree aspirational, but civil endowment is, shall we say, fully aspirational, in the sense that it doesn’t exist at all yet in the form I envision. Nevertheless, this is an idea that I have developed and am proposing as a needed structural innovation for the world economy. In simplest terms, civil endowment means creating permanent bodies of economic capital to be invested for the common good of humanity. Humanity in this case means all humanity, including those yet to be born. I propose a decentralized system of such endowments to be managed by civil society organizations. If you think about it, capital invested with such an owner, which I call the Universal Beneficiary, would have to operate in ways that avoid as completely as possible the patterns of exploitation, extraction, and externalization that characterize most investment. It would also provide a direct route to economic justice on an egalitarian basis. Civil endowment is an elegant solution that arises from the inspiration of a civil-guided economy, which is a way of getting past the deep divide between economic philosophies focused either on private sector or governmental leadership of the economy. My recently published book, Civil Endowment—The Transformation of Economic Power, is an in-depth look at the whole idea.
Suggested Resources:
The Next System Project: theNextSystem.org
The Hudson Valley Current: hvcurrent.org
Community Capital: bealocalist.org/community-capital-toolkit-2
David McCarthy is a Hudson Valley-based New Economy writer, speaker, and activist.