From the Fisher Center to Lincoln Center:

The Bard Conservatory Orchestra and its well-rounded education.
by Philip Ehrensaft 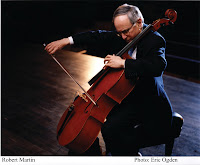 Of all the Bard College success stories, the rapid rise of the Bard Conservatory to national and international prominence is likely the college’s biggest bang in the shortest time. In 2003, the Bard Conservatory was a promising idea for a new approach to professional music education proposed by Robert Martin, who was simultaneously an eminent cellist, a philosophy professor with a PhD from Yale, a vice-president of Bard College, and the president of Chamber Music America. Martin was inspired by the newly opened Fisher Center for the Performing Arts—providing the class act venue that is a necessary component of a class act conservatory.
Martin advanced two core ideas for creating a new Bard Music Conservatory: first, breaking with standard conservatory education, where accomplished young musicians are chosen directly from high school on the basis of highly competitive auditions, as well as the usual grades and recommendations. Conservatories then give them rigorous musical training, but little else. That’s viewed as optimal for upping performance levels by youngsters who have already demonstrated their exceptional talents and willingness to work very, very hard. Stick close to your knitting.
On the basis of his own trajectory, Martin respectfully disagrees. He passed the admission gauntlet for an elite conservatory, the Curtis Institute of Music in Philadelphia, but also wanted to do a liberal arts degree at an equally elite liberal arts college, Haverford. Curtis discouraged the young Martin from such a perceived distraction, but he persisted and emerged five years later with two sheepskins in hand. Martin continued the same dual path, simultaneously doing things like playing cello in the highly reputed Sequoia String Quartet and earning tenure as philosophy professor.
Above all, Martin sees this dual path as the opposite of distraction for development as a musician. His liberal arts and then doctoral philosophy training upped his curiosity, reasoning capacity, and ability to see connections between things. That, in turn, advanced his understanding of the structure and meaning of the scores on his music stand, and how to communicate that understanding to audiences. He wanted to create a conservatory where every student would reap the fruits of multidisciplinary synergy.
That idea got a ready green light from Bard College’s president and fellow polymath, Leon Botstein. After dual training as an historian and conductor, Botstein became the president of Bard College in 1975, at the ripe old age of 29. Botstein and Martin co-directed the rise of the Bard Music Festival, from a promising event at an exurban college into a major event in Greater New York’s crowded, competitive music season. A working partnership was ready to go. Martin recruited yet another Bard polymath as the vice-director of the proposed conservatory, Melvin Chen—a classical pianist who also earned a Harvard PhD in chemistry.
The second pillar of the proposed new conservatory was pragmatic: it would be very expensive to hire high-level musicians as full-time faculty. Being located in the exurban fringe of the country’s principal music market, New York City, presented an evident alternative: dip into NYC’s deep pool of elite musicians, who would commute to Bard to give lessons. The Bard Conservatory’s faculty is a who’s who sampling of top Big Apple talent. To name but a few: Dawn Upshaw in vocal music; Shmuel Ashkenasi, Eugene Drucker and Arnold Steinhardt for violin; and Jeremy Denk, Richard Goode, and Peter Serkin for piano.
In the fall of 2004, the Bard Conservatory was still an embryonic proposal. Within just one year, the Conservatory opened the doors for its first cohort of 20 students in September 2005. In contrast to my alma mater, Oberlin, Bard Conservatory students are required to do a second, non-music degree. Martin learned that, while a majority of students admitted to Oberlin’s conservatory expressed an interest in doing dual degrees, only 15 percent actually did so. The goal was to recruit students willing to take on the substantially extra time and work that had enriched Martin, Botstein and Chen, both as musicians and as informed citizens.
Now there are 90 carefully selected students, half from across the US and half from abroad. That’s enough musicians to form the Bard Conservatory’s full symphony orchestra, a young ensemble that quickly became good enough, guided by Botstein’s baton, to dare a Lincoln Center debut in 2010. This May 22, the BCO returns to Lincoln Center for a concert presaging August’s 24th edition of the Bard Music Festival, Stravinsky and His World.
Hudson Valley residents don’t have to trek to Manhattan to hear what the BCO will perform at Lincoln Center. On May 11, they’ll perform the same repertoire in the Fisher Center’s acoustical gem, the Sosnoff Theater, starting with Stravinsky‘s seminal early piece, Feu d’Artifice (Fireworks), Op. 4. Fireworks showed such promise that the ballet impressario Sergei Diaghalev hired the young Stravinsky, still a student, to compose The Firebird. Then there’s Prokofiev‘s Violin Concerto No. 1 in D, featuring one of Bard’s prize faculty catches, Shmuel Ashkenasi, as the soloist. The concert wraps up with Shostakovich’s bold Symphony No. 10.
May also brings 11 recitals by graduating Bard Conservatory students, and an opportunity to hear why they are getting admitted to graduate programs in America’s big name conservatories. There will also be a four-part Chamber Music Marathon running on the weekend of May 3-5. The details can be found at the Conservatory’s website, bard.edu/conservatory/events. You can also take the opportunity to see the brand new Bard Conservatory Building, made possible by a beyond-generous $9.2 million gift from Bard alumnus Lazlo Z. Bito.