Global diversity and brain development in school
by Mimi Quinn 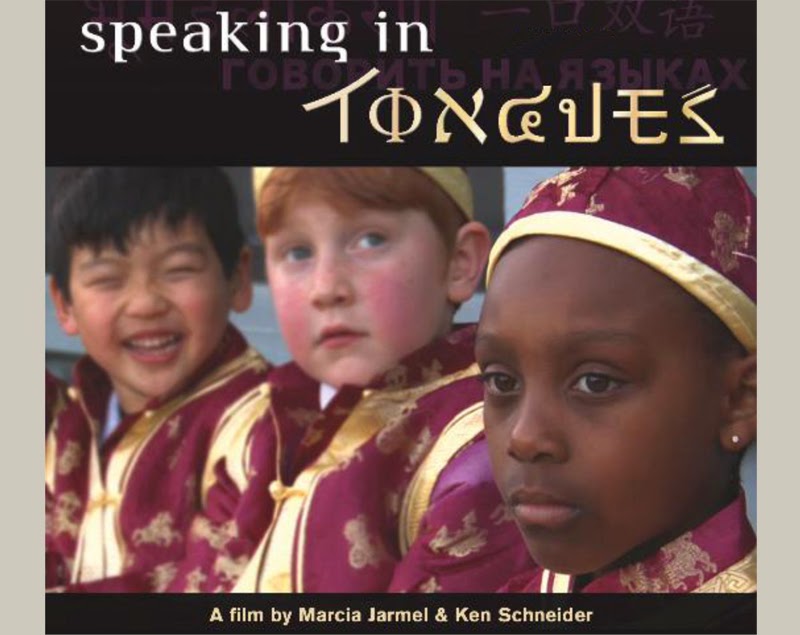 Speaking in Tongues, a documentary by Marcia Jarmel and Ken Schneider, follows four pioneering American children on a journey to become bilingual at a time when 31 states have passed “English Only” laws. A film screening and panel discussion of the movie, hosted by The Rosendale Theatre Collective on February 15, was presented at an important time for the community.
According to Diana Zuckerman—a Rondout Valley School District (RVSD) Spanish teacher for grades K-4 and also a New York state representative for the National Network for Early Language Learning—the RVSD is threatening to eliminate the K-4 Elementary Foreign Language Program, which reaches approximately 800 students in Rosendale, Marbletown, and Rochester.
She believes that the community must become involved with the possibility of losing a language program as it develops cultural competency and is critical to prepare young people in an increasing global society.
“It also allows a child to gain an understanding that it’s okay to have similarities and differences—language and bilingualism builds a positive identity for a child,” she said.
As our nation grows increasingly diverse and the globe becomes increasingly smaller, there are many opportunities for children to benefit from one another’s wisdom and experiences.
Changing Brains is a video based on research done at the University of Oregon dealing with teaching foreign languages at an early age and its effect on brain function and growth. The video illustrates that “Brain Plasticity,” a term used for the brain’s ability to change and grow through experience, can be directly affected by learning other languages.
The studies revealed that “sensitive periods,” the optimum time for learning new things, specifically language, is as early as possible in a person’s life. Mastering sound and language structure during early experiences builds areas of the brain responsible for language skills. In fact, these vital brain areas start building while in the womb; and at birth a baby already recognizes his mother’s voice.
The University studies showed that learning a second or even third language as early as possible does not confuse a child; in fact they will speak the second language better than if learned later on.
According to edutopia.org, learning foreign languages boosts brain development, bridges cultural connections, and gives an economic edge. The website states that America, foregoing an English-Only philosophy, is starting to awaken to the reality that the world of global-language is quickly evolving and being multilingual is crucial in regaining our measures of competitiveness and promoting cross-cultural understanding.
The Asia Society is a leading institution dedicated to cultivating an understanding and communication between Americans and the people of Asia and the Pacific. Vice President of Education Programs Vivien Stewart stated, “People talk about their concern that the US is behind other countries in math and science, but we are much further behind the rest of the industrialized world in language learning.”
She cited that it’s not only compulsory to learn foreign languages in most countries, but most start their children in kindergarten.
Zuckerman said the New Paltz School District, which was facing the same dilemma as the RVSD, just announced that they are completely maintaining their elementary foreign language program.