Flight of The Falcon

What else does Ulster have that New York City doesn’t? The finest live, free music in a one-of-a-kind venue.
by Gregory Schoenfeld 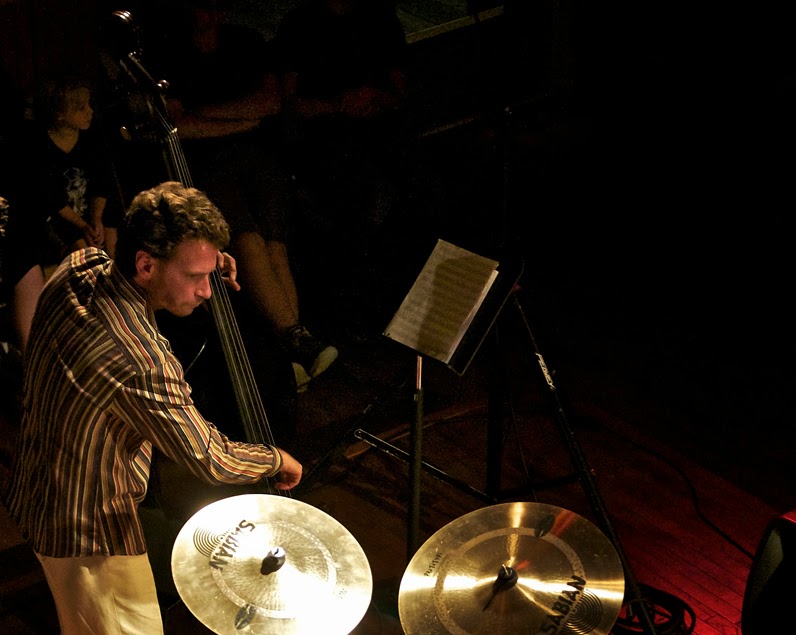 There is an ongoing conversation—amongst the friends and relatives of NYC-to-Ulster-County transplants, at very least—regarding the pros and cons of the lifestyle choice we have made. Sure, it’s a beautiful landscape, but what of the hardships? Are there markets up here, or must we hunt for our food? How much longer do we “country folks” have to wait for new movie releases? And how, in the name of all things good and holy, can we survive without the ready-access cultural juggernaut that is New York?
Never fear, concerned city dwellers. The Falcon is here.
Of course, Hudson Valley residents know this is, in fact, a place replete with cultural richness. The musical panorama is anything but barren: from the Bearsville Theater to the Bardavon, to Big Joe Fitz’ bi-weekly Blues Jam at the High Falls Café, there is a pervasive and diverse musical scene that is very much a part of the region’s soul. Yet there is a singular kind of magic that Tony Falco, owner and operator of The Falcon, has wrought.  Housed in a beautifully restored button factory on Route 9W in Marlboro, the fruits of Falco’s passion harken to the kind of inviting “New York” nightclub that is, unfortunately, hard to find in the city itself nowadays.
“The artists that play here, they’ll tell you,” says Falco, beaming with the proud yet humble smile that enthusiastically greets each Falcon customer, “it’s a place that feels like home.” It is a frigid Saturday night in January, and on the stage Woodstock’s own roots/rock band Hallow Dog is finishing the night’s crisp opening set—soon to give way to the acclaimed progressive jazz of the headlining Ben Allison Trio. Despite the cold, the house is full. As with every Falcon show, all of the night’s patrons have two things in common: each one is intently focused on the music, and every one of them walked in the door free of charge.
Like so many of the defining elements that make the Hudson Valley the unique place it is, the realization of Tony Falco’s dream is part reality, part fairytale. The “homey” feel that pervades The Falcon, which officially opened its doors in November of 2009, springs from much more than a concept: for almost a decade, the prototype of what is now The Falcon was actually a carriage house in the backyard of the Falco home in Marlboro.
The improbable story is as inspiring as the music that emanates from The Falcon stage each week. In the late 1990s, Falco—an environmental scientist, as well as a musician in his own right—purchased a 19th-century Methodist church from the local Knights of Columbus, which he ran as a Marlboro arts-and-music community center. Though the intention and energy proved successful, the financial burden of his heartfelt project was more than prohibitive.
The unlikely hero in the story? The United States Postal Service, of course. In 1999, the USPS offered to buy the land from Falco, saving the center from the brink of bankruptcy. Undeterred, Falco took the materials from the old church—from the stained glass windows to the still-solid beams—and rebuilt his community center on his own property. In 2001, what would become The Falcon was born. As word spread of the fantastic anomaly behind the Falco residence, a wellspring of Hudson Valley artists increasingly found their way to its free creative environment. With the promise of a home-cooked meal from Falco and wife Julie, and paid solely through generosity of the clubs’ loyal fans, renowned names (and local residents) like John Medeski, Jack DeJohnette, Larry Grenadier, John Scofield, and Joe Lovano began to make their way to Falco’s stage.
Back to the present day, Falco asserts that maintaining that inviting, freely creative space remains the central focus of his new commercial endeavor. “It was really hard not to lose that,” says Falco. “I really tried to keep the love in the room that was at my house, and bring it here.” Walking through the front door, with the Marlboro Falls that once powered the factory rushing alongside the building, it becomes readily apparent that there is a dynamic in this room that rivals even such landmarks as New York’s seminal Village Vanguard. Unlike the Vanguard, however, how much the evening will cost is up to each patron.
“People are generous here,” Falco explains with pride. “They understand that they are supporting the artists directly. The artists realize that they’re being paid by the people right in front of them. It really adds another dimension.”
Every Thursday through Saturday, and often on Sundays, music lovers of any stripe would be well served to be a part of that dynamic. The Falcon’s kitchen offers an eclectic and reasonably priced dinner menu, and Tony Falco ensures the musical lineup constantly offers a host of choices to appeal to jazz fans, and well beyond. Visit liveatthefalcon.com for the extended schedule.
As Rudy Royston, drummer with the Ben Allison Trio explains: “People are here for the music, and we feel that and give it back. You have to be here to realize how special this room is.” Indeed—and it’s right here at home.