by Anne Pyburn Craig
It began with an August 12 announcement from the Mid-Hudson Regional Economic Development Council. “Niagara Bottling, LLC is currently evaluating communities in the Northeast United States to purchase land and construct a 358,000 square-foot manufacturing facility with one high-speed bottling line (initially). The Northeast expansion project will initially create 41 jobs and carry a total investment in real and personal property that will exceed $53 million. Future phases of this project would add 3 additional bottling lines and create up to 120 jobs at full build-out.”
When it was reported in early September that the plant was being proposed for Tech City in the Town of Ulster and that the company had its eye on Cooper Lake, local activists knew they might not have much time. The Tech City site is already zoned industrial, and the City of Kingston’s Water Department had already signed a “will provide” letter of intent. SUNY Ulster president Donald Katt had already endorsed the project as a potential partner, and Niagara was a potential recipient of STARTUP-NY grant funding. The other side’s ducks were in a row and starting to waddle.
“They were way ahead, lined up, and ready to go,” says Rebecca Martin of Kingstoncitizens.org. “We have had to move fast, and I think we have done a great job. I really enjoy working with the people we’ve been working with.”
Cooper Lake is the largest natural lake in the Catskill Mountains, boasting an impressive surface area of 8.6 square miles. It holds roughly 1.2 billion gallons, providing an average of 3.5 million gallons a day to the city of Kingston, for which it is the main reservoir. It’s primarily fed by Mink Hollow Stream. Locals and tourists cherish it for its beauty, and it sits on a Class A Native American archaeological site.
Niagara Bottling proposes to purchase 1.75 million gallons a day, and Kingston’s Water Department says that far more was used in the heyday of IBM. But as recently as 2012, the reservoir underwent a “drought emergency,” with water levels 13 feet below normal. A drought emergency comes with numerous restrictions on water use.  This was the first such emergency for Kingston since 1980, when the water level in Cooper Lake fell to 15 feet below normal. As a result the city Water Department considered buying water from the Town of Ulster Water District and the Port Ewen Water and Sewer District. The most recent “safe yield” report is based on a 1961 study, and water department chief Judith Hansen said last month that the dam should be raised for the first time since 1927 due to climate change.
In September, Kingstoncitizens.org began working to get the word out, and a coalition arose like a human superstorm, activists pre-sensitized by the threats of fracking, pipeline plans, and climate change, conversant with global water privatization issues and the perils of plastic. Facebook’s SAVE COOPER LAKE group had 938 members at press time. “Riverkeeper has been incredible,” says Martin. “I can’t say enough about Kate Hudson, and about Kevin Smith and the Woodstock Land Conservancy, the Esopus Creek Conservancy. Environmental lawyers are amazing…This has moved lightning fast. The SEQRA timeline was announced in late November, after the decision on the ESDC  grant. They were hoping for 11 million. We fought that and won. And it’s illegal in New York State to give public funds to a project in the middle of a SEQRA review.”
The full-on coalition includes SaveCooperLake.org, Catskill Mountainkeeper, the New York Public Interest Research Group, Food & Water Watch, Slow Food Hudson Valley, the Red Hook Conservation Advisory Council, the town of Red Hook, Woodstock NY Transition, Kingston Transition, Sustainable Saugerties, and the Mid-Hudson Sierra Club, not to mention the Woodstock Love Militia, whose members symbolically handfasted with Cooper Lake at a New Year’s Eve Day “wedding.” Opponents have packed public meetings and (inadvertently) crashed Ulster supervisor James Quigley’s email. 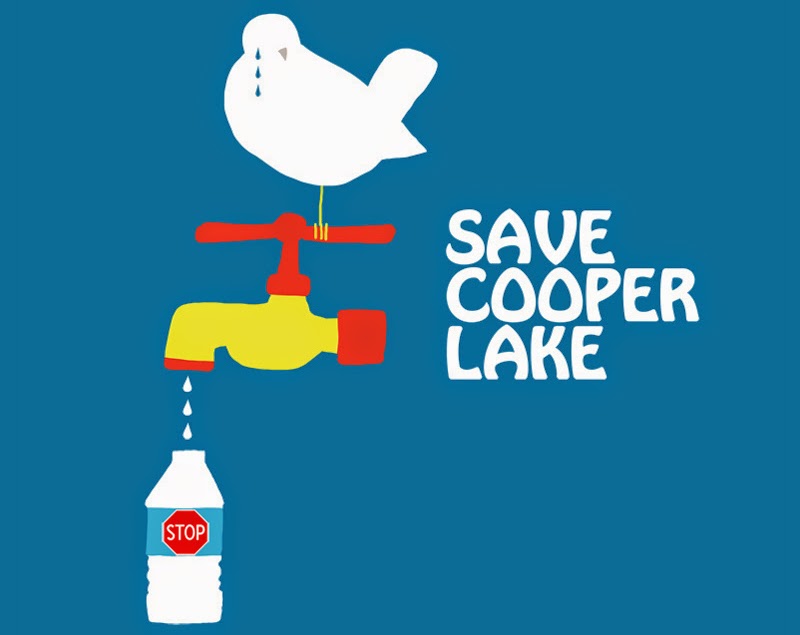