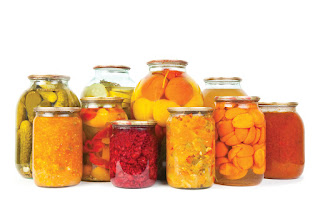 There’s a great scene in the Ron Howard film Far and Away, in which the protagonist and his wife become part of the great Oklahoma land rush. Sitting in their covered wagons and buckboards, a large group of settlers is literally poised as if they are about to start a race, only in this case the prize will be the best chuck of arable land—assuming they can get there “sooner” then anyone else. When the time comes, these settlers take off as if their lives depend upon it. And, as history will attest, in many cases it did. Well over a century later, the name “sooner” still resonates with Oklahomans (especially as applied to college football), as it’s a bittersweet reminder of the state’s pioneering spirit.
The scene is a familiar trope when it comes to how we envision the homesteader, those gritty and determined individuals who carved a new life out of the raw materials of the West. And while the government is no longer giving away free land, homesteading remains a strong force, especially among those of us who are working toward creating a sustainable way of life. Modern homesteading incorporates the values of self-sufficiency and getting back to the land, while at the same time working to build community and share ideas and resources. Perhaps more importantly, it’s a way in which our communities can take control of their own destiny.
So, what does modern homesteading consist of? Let’s take a look at some of the simple things we already do that would fall under this rubric. For example, the composting of our organic waste has a number of different benefits. We reduce the amount of refuse we put into the waste stream, while at the same time our gardens benefit from all of that lovely humus the process creates. Composting turns detritus into a desirable commodity.
Municipalities are even getting into the act. The EPA estimates that as much as 65 percent of yard trimmings and leaves are being composted annually. But approximately 60 million tons of organic waste still ends up in landfills every year. This is an area in which many of us as individuals can make a difference. Even if you’re not into gardening yourself, you likely have a neighbor nearby who would benefit from the composting you do. If this person raises vegetables, then a nice quid pro quo might be possible. Your neighbor gets your compost, and you get some fresh veggies during the season. And the community-building aspect is the healthy byproduct of the endeavor.
Another way to become more self-sufficient, and a practice many people are returning to, is the raising of poultry, chickens in particular. If this is something you’ve been thinking about doing, the first thing you should do is check with your municipality regarding zoning restrictions. You can’t raise chickens, even if it’s just a few birds, anywhere you like. Some municipalities, and even a few cities, however, are starting to wake up to the fact that many people are interested in having the fresh eggs every day, thus some of these restrictions are being loosened. If you live in the right zone, however, this is something you might want to consider. Fresh eggs, and later fresh poultry, are the payoff. And all that chicken waste—the droppings, bedding, etc.—can be added to your other compost, thereby helping to boost its nitrogen, phosphorus and potassium content.
From an historical perspective, it’s interesting to note that the back-to-the-land movement of the mid-20th century was inspired not by desire, but by necessity. One of the proponents and active members of this movement was agrarian theorist and native New Yorker Ralph Borsodi. Having been born and raised in Manhattan, Borsodi became fascinated by the idea of agrarian, self-sufficient communities. He even went so far as to establish a School of Living in Rockland County that was instrumental in helping thousands of people to learn how to survive during the Great Depression. Borsodi was also one of the earlier proponents of local currency. In the mid-‘70s, he established a currency in the town of Exeter, New Hampshire, even going so far as to mint half-ounce and one-once silver coins called “Globes”.
With such a proud local history when it comes to homesteading, it only makes sense that the Hudson Valley and its local environs should once again be in the vanguard of this timeless movement. With the weak economy likely to continue for some time, applying the principles of homesteading to your own life is one small way in which you can retake control. So, raise your chickens. Can your veggies. And compost, compost, compost. In the long run, you, and the planet, will be much happier for it.