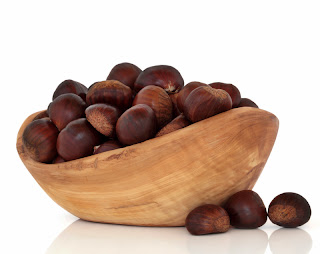 Tree nuts have a very long history of being a healthy part of the human diet. Some research says that nuts have been part of our diet since the beginning of our existence. Throughout history, humans have found ways to obtain nutrition from various nuts as well as put them to other practical uses.
A recent archaeological dig in Israel found extremely old stones with depressions and other various primitive tools used to crack nuts from trees, as well as evidence of several different kinds of nuts. The dig has proven that humans were using and consuming nuts about 780,000 years ago. Yes, Israel is quite a distance away. However, many of the tools found during that dig were similar to ones found in our country, which are attributed to the Native Americans anywhere between four and eight thousand years ago. Nuts were a staple of the Native American diet. Shells were used for fueling fires and nuts were consumed whole or sometimes crushed with a mortar and pestle to produce flour and nut butter. The primary nuts used by the Native Americans were beechnuts, chestnuts, hickory nuts, and walnuts, all of which can be found in our area.
Beech trees are native to Asia, temperate Europe, and North America. American beeches, or “beechnut trees,” are known for their beautiful fall foliage. With varying colors throughout the season, American beeches are a pleasant sight during an autumn walk. The nuts the trees produce are edible with a sweet and oily flavor. When they ripen in the fall, they readily drop from the trees and may be eaten by breaking the shell with a fingernail and removing the oily kernel inside.
Sweet chestnuts can be easily spotted in our area. In autumn, the nuts will drop from trees and line the street curbs below (very common in New Paltz), and can be gathered for a snack. The outer skin should be peeled off, and some peel off the bitter inner skin, though it contains nutrients. Sweet chestnuts provide carbohydrates as well as potassium and protein. The nuts also contain several types of vitamin B, vitamin C, and a healthy amount of starch and oils.
Shagbark hickory is a popular hickory tree that grows in our area. The tree bears nuts with a brown hue, a thick shell, and a tasty kernel inside. Nuts can be gathered as they fall from the trees, which often produce large quantities of them. The nuts are usually hard to open and require a nutcracker and a tool for prying out the inside. Once opened, shagbark hickory nuts are a strong source of protein.
Black walnuts are yet another local edible. They have very hard shells that often require a hammer to break open, but the nutmeat inside is just as delicious as common walnuts. The meat of black walnuts is regularly used in desserts such as cake, ice cream, and cookies. The black walnut may be tapped itself in early spring for a sweet sap that can be concentrated into syrup or sugar.
Along with the vegetable harvest, fall provides us with nutrition from trees as well. The high protein level and unsaturated fats in nuts even make them a healthy alternative to meats. On your next autumn walk, be sure to look up for the changing foliage of the trees, as well as down for the nutritious nuts that may have fallen.