Confessions of a Beer Geek 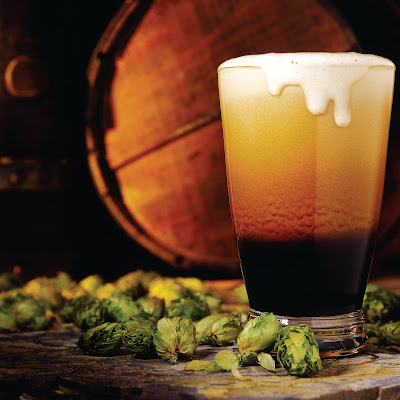 Many people these days are looking for creative ways to save money. If you’re a beer drinker, like me, one of the things you can do to preserve the balance in your checking account is to brew your own. Basic home brewing, it turns out, is a relatively uncomplicated endeavor. All that is required is an initial investment of about $200, a little patience, and a little perseverance. The result is a basic batch of home-brewed ale that is cheaper, and often better, than what you can purchase in a store. And for the beer geek, nothing is more satisfying than sitting down with a few friends and breaking bread over a pint or two of your own creation.

My personal love affair with all things beer-related began when my mom’s boyfriend, Bob, came home one day with a six-pack of San Miguel Dark. I grew up in a progressive household, in which the occasional sip of beer, or glass of watered-down wine with dinner, wasn’t considered a mortal sin, so I was familiar with the unpleasant taste of beer. This was 1975. I was 12 years old.

I remember Bob telling me that this beer was different, and that it was a beer that I would definitely like; mass-produced beer such as Coors, and Miller Lite, were, and still are, pretty revolting, in my opinion. So what was this strange, brown liquid that Bob was encouraging me to raise to my lips? First of all, it had an appealing aroma, something to which I had been unaccustomed; and, on sipping it, I discovered that it had a slightly syrupy-sweet consistency and flavor that I found very appealing.

“This is good,” I remember saying to a smiling Bob.

Beer, I was shocked to learn, can be absolutely delicious.

Fast-forward 36 years and I can look back on this experience as a foundational moment in my beer geek-itude—which now includes home brewing in addition to being an amateur cognoscente. I’ve been brewing for about 13 years now; and I’ve made everything from simple ales all the way up to complex Trappist-style tripels. I’ve met with a handful of failures, of course, but, on the whole, I think I’ve been pretty successful, as many of my friends will attest.

What I find most striking about home brewing is just how simple it can be to whip up a batch on a weekend afternoon. Sure, you can invest thousands of dollars in expensive equipment, and spend hour upon hour employing complex mashing techniques. But none of this is really necessary for those beginners who simply want to try their hand at this ancient alchemy. It’s possible to brew a really satisfying batch of beer spending just a few short hours.

To begin, it helps to understand exactly what beer is. Essentially, beer initially consists of various sugars that are dissolved in hot water. These sugars typically come from malted barley or wheat (malting is the process of germinating, and then drying quickly, these grains; the germination process creates fermentable sugars, which can then be released from the grain by steeping it in hot water). Depending upon the style of beer, other ingredients—specialty malts, flaked maize, candy sugar, and more—are added.

In the next stage, hops, which are small conical flowers that contain mild acids, are typically added. During boiling these acids are released into the soon-to-be-beer liquid, or “wort” (pronounced “wert”), and have the effect of acting as a natural preservative, in addition to providing flavor and aroma.

The next stage involves “pitching” yeast into the wort. Brewing yeast, it turns out, absolutely loves the sugars contained in malted wheat and barley. Thus the yeast goes on a feeding frenzy, multiplying many times over, consuming these sugars as if there is no tomorrow, and excreting alcohol as a by-product. Eventually, the yeast runs out of sugar to consume and the colony dies. The whole process, from initial boil to having fully fermented beer, typically takes about two weeks.

The final stage is to bottle or keg your beer. For bottling, priming sugar is added to the fermented wort right before it goes into the bottle; this has the effect of producing carbonation. After about two weeks, the beer should be ready to drink. For kegged beer, a CO2 setup is typically employed, with the same approximate time (about two weeks) needed before enough CO2 dissolves and produces the desired carbonation. Then, it’s time to give it a taste.

Brewing in Ulster County, however, hasn’t always been the easiest thing to do, as there are very few home-brew supply stores in this area. Brewers will be pleased to know that this situation has changed in recent months, with the advent of Pantano’s Wine Grapes and Home Brewers just south of New Paltz. The store is owned by the same Pantano family who were behind the eclectic and sorely missed Robin’s Market that went out of business recently.

Jerry Pantano says that the new store is doing well, and that more and more people have been learning that they don’t need to drive all the way to Red Hook to pick up bottle caps or a couple of ounces of hops. This past winter, Pantano says, the store held home-brewing classes that were very well attended.

“More and more people are looking to save money by doing it at home,” Pantano says.

“People were really asking for canning supplies, so we decided it was a good thing to add,” Pantano says.

For those who, for whatever reason, cannot make it to Pantano’s, another good option is the California-based, mail-order company Beer, Beer and More Beer (B3). I’ve been purchasing items from their website for more than a decade, and I always find their ingredients and products to be of the highest caliber. They even have a hotline that you can call when the latest home-brew conundrum has you stumped.

As for my next batch, now that summer is here, I thought it would be fun to brew a hefeweizen. This style originates in Germany and has thirst-quenching properties that are perfectly suited to a hot afternoon. This style typically consists of malted wheat, with some breweries using a small amount of specialty malt, and very mild hops, usually the Noble Tettnanger variety. With a little luck, I’ll have a drinkable bottle in another four weeks, or so.

And if you’re interested in getting started on a home-brewing journey, Pantano’s has a $125 kit that has virtually everything you need to get going in the right direction, as well as several recipe-kits and a wide variety of bulk grains from which to choose. Pantano’s is located on Route 32 just south of the Village of New Paltz. They can be reached at 845-255-5201 and should have a website up and running in the not-too-distant future (you can also find them on Facebook). I would also encourage readers to go to www.morebeer.com to take a look at what B3 has to offer.

And I’m always keen to discuss home brewing, so be sure to look me up on Facebook. I also recently created a separate Facebook page entitled “New Paltz Beer Geek” for those home brewers and beer lovers in the area who are looking for like-minded individuals to swap recipes, stories—and, of course, a cold one.