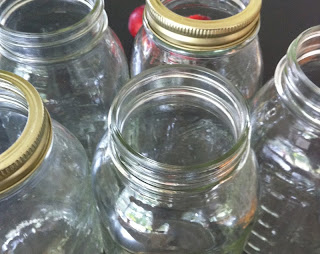 Mason jars and food mills reappear in homes throughout region
A combination of warm dry stretches and periods of light rain this summer have resulted in abundant harvests and content farmers and gardeners.
After last year’s somewhat miserable weather that resulted in poor yields, tomatoes are now bursting (especially after the most recent infusion of water). Apples are large and weighing down trees, and squash turned scores of little yellow flowers into fruit.
Now it’s time to make sure everything doesn’t go bad. Back before aluminum cans and flash freezing, canning with glass Mason jars was practiced by a majority of Americas. Some basements are still lined with the colorful variety of jars scribbled with descriptions and dates.
Whether you have a backyard garden or visit local farm stands to fill up on bushels of produce, two fun and relatively simple ways of getting started with food preservation are canning sauce with plum tomatoes (see CWN article here) and making hard cider by fermenting apples to help them last for months or years (the most popular drink in America before Coca-Cola replaced it was hard cider).
Buy or borrow a simple apple cider press and think about buying a book to get started with. As the apples are being pressed and funneled into gallon jugs, and some sips are being shared, the experience of picking, washing, crushing, and sipping fresh off the tree makes it taste that much better.
After having your fill of fresh cider, set some of the gallons aside with an airlock plug. This device keeps air out of the jug, while allowing gas produced by the cider to escape. As the cider starts to ferment—which is the process of natural yeast found in the air eating the sugars in the cider and producing carbon dioxide—you will see bubbles traveling up the jug like soda. 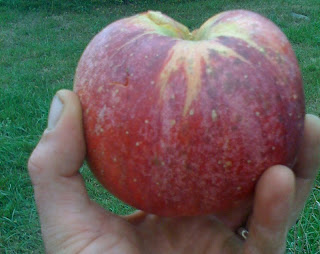 There are many techniques for bottling and adding additional sugar once the bubbles stop being produced. The basic premise is that the cider needs to sit for a couple of months; once the yeast is inactive the jugs can be poured into smaller individual bottles and capped. A good rule of thumb is that you can be drinking hard cider with family during all of the holidays. The bottles make a great gift and topic of conversation.
Apples are in season during September and October at most of the farms in the area. If you would like to plant an apple tree or two of your own, there is still time for it this season. There are a wide variety of species available at local nurseries. Some of the best apples for producing a great hard cider are crab apples and apples that are tart.