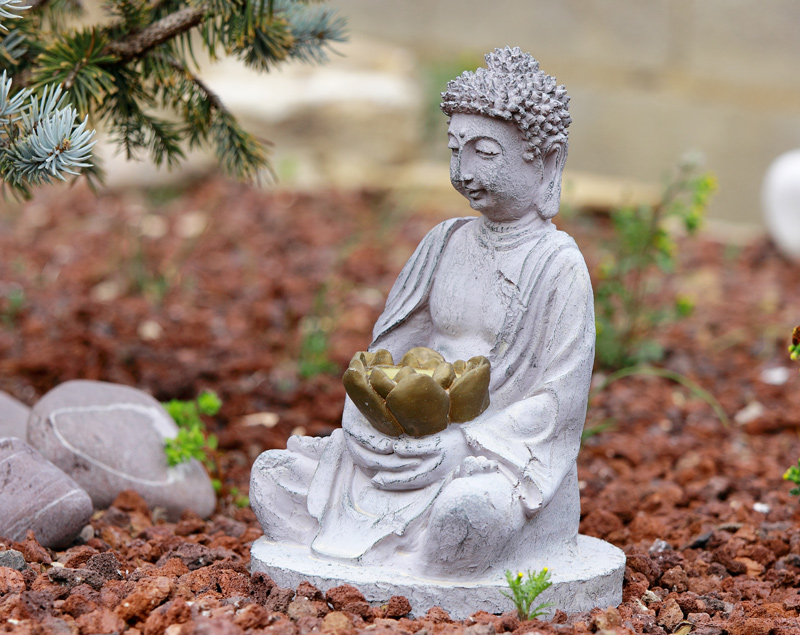 E.F. Schumacher’s Small is Beautiful, first published in 1973 and still in print, is arguably the cornerstone of what we now call “The New Economics.” One of the most famous of its chapters is called Buddhist Economics, which was informed by his experiences in Burma while stationed there in the colonial civil service, along with his readings on the subject. Though the chapter makes many specific references to Buddhist teachings, he clearly intended its message to be broadly applicable to the various spiritual traditions. In a video I’ve seen on the Internet, he joked, “Well, we could have called it Christian Economics, but then no one would have paid much attention.” Basically he wanted to put forth economic thinking that was in accordance with spiritual principles, and he succeeded. It’s a great chapter, and I hope you read it.
However, in this piece I’d like to take a fresh start on Buddhist Economics. In the 40 years since the publication of Small is Beautiful, Buddhism has emerged as a significant and widespread movement worldwide. It is no longer an exotic and foreign tradition, but one that has quietly taken its place in the fabric of society. There are over 50 Buddhist centers here in the Hudson Valley. I’ve been a student of Buddhism my entire adult life, and moved here in 1995 to be near one of those centers.
It is reasonable to ask at the onset whether Buddhism ought to have anything to do with economics. Isn’t it about transcending worldly matters altogether? One answer to that question is simply that by placing worldly life in spiritual perspective, a healthy context for understanding economics can emerge. Because the whole realm of work, material relations, and exchanges is notconsidered the only thing in life, or the only important thing, we can understand it with more wisdom than if we try to analyze it in a vacuum. This general perspective could come from any of the authentic spiritual traditions, and is a good general argument for grounding economic theory and practice in spiritual wisdom. Such a view may seem to be a bit of a no brainer for the general reader, but most of modern economics, which purports to be a scientific or even a mathematical discipline, has gone a different direction.
What might Buddhism specifically have to contribute to the conversation about economics? For a start, I’d like to outline three main areas: psychology, interdependence, and compassion.
Concerning psychology, the Buddhist teachings are a rich source of insight into the functioning and nature of the mind. In particular, there is a detailed description of the confused, egocentric mind. I have summarized this functioning in secular terms with the phrase “psychological materialism.” The mind solidifies that which it assumes to be separate based on an assumed solidity and separateness of the ego. At the same time, by the very fact of its confusion, the operation of the egoistic or materialistic mind does not have validity or ultimate influence. Underlying that confusion is wisdom, which all beings have, though they don’t necessarily notice it. Nevertheless, that basic wisdom is the source of virtuous and intelligent qualities, qualities that are naturally present in human beings and which can also be consciously cultivated. All this leads way beyond any simplistic notion of the human individual, or for that matter, human society. And it points to very real possibilities for the development of a saner economic civilization than we have today.
Interdependence has always been considered a hallmark of the Buddha’s teaching. Rather than positing the appearances of our world as a divine creation, all that which appears and exists—including ourselves—is understood in terms of interdependence. The observable natural world displays characteristics of interdependence, and in this regard Buddhist and scientific thought are not in conflict. But the Buddhist notion of interdependence has never excluded the role of the mind in the whole process. Our human economy is comprised of a vast interrelated system of thought patterns and actions, all in the context of the natural world. Therefore our understanding of economic matters needs to be radically inclusive of all these factors and their relationships. Though economics has long recognized interdependence in various ways, the Buddhist view has much to contribute to that understanding.
Finally, we can say that a true Buddhist economics is an economics of compassion. Indeed the very purpose of Buddhism is to benefit beings and bring them wellbeing. This includes mundane wellbeing, not only for its own sake, but because the conditions needed to realize our human potential clearly include a basic level of sufficiency in an economic sense.
Finally, if correctly understood, the notion of an economics of compassion makes it possible to transcend the split or contradiction between individualist and collectivist views on economics. This split has bedeviled our modern world in so many tragic ways. This and other implications of an economics of compassion comprise a whole topic in itself, which I’ll continue to explore in my next column.
“Compassion is the radicalism of our times.” –His Holiness the Dalai Lama
neweconomics@countrywisdomnews.com