Bread and Roses: Guaranteed for All 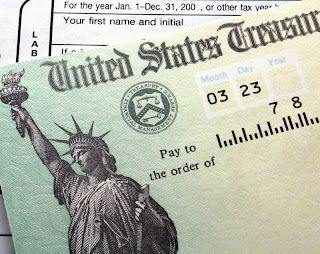 by Sherill Hatch
“The worker must have bread, but she must have roses too.” In 1912 thousands of textile mill workers put their lives and livelihoods on the line in Lawrence, Massachusetts to demand living conditions beyond bare subsistence. Their action, a turning point in labor history, became known as the Bread and Roses Strike. The strikers, mostly immigrant women, understood deeply that they were entitled not only to survival but to the beauty, pleasure and ease that roses symbolize.
What would these workers, who risked so much for bread and roses, think of the situation of today’s workers? In our wealthy country a full time minimum wage job leaves a parent with one child below the poverty level. Even with government benefit programs, huge numbers of families struggle so hard for bread they can hardly dream of roses.
A full century after the Lawrence mill workers called for lives of dignity we’re dishonoring their vision and sacrifice. It’s time to get as creative, impassioned and powerful as we need be to finally get both bread and roses into the life of every worker. And let’s take the next step too: it’s time to expand the definition of “worker” to fit reality.
Certainly wage earners deserve a decent life in exchange for their labor–but what about those whose work happens outside the marketplace? Our culture has a deep assumption that “work” means making money, period. This is a distortion with many ill effects. Here’s just one: since stay-at-home parents are considered to be “not working,” even single parents with very young children are required to work outside the home to receive government assistance. But this requires daycare facilities, where caring for the same children isdefined as work.
There’s a revolutionary idea brewing for ensuring that workers both in and out of the market get their needs met: a guaranteed basic income. In place of the current hodgepodge of means-tested benefit programs, every adult citizen would receive a monthly stipend, no strings attached. Some version of a basic income either already exists or is being piloted/seriously considered in Switzerland, Brazil, India, Namibia, Alaska, and the Latin American Parliament, among others.
At first, the concept of giving everyone money just for existing seems wrong; we’re so conditioned to the idea that finding a place for ourselves in the market is the only way—the right way—to survive. Many people’s instant reaction to the basic income idea is “But no one would work! They’d be getting something for nothing!”
Is it true that people will work only if forced to? That the right to a decent life must be earned? That only income-earning employment is work? Whole books could be written to answer these questions, but here’s a start. Pilot studies in Canada and Namibia show that when a basic income is assured, paid work hours don’t go down much, if at all. Sometimes they even go up.
Karl Widerquist offers a powerful answer to the existence-must-be-earned belief. Here’s his reasoning: Every able-bodied adult could meet their own needs if allowed the “full and direct access to resources” that our hunter-gatherer ancestors enjoyed. When laws remove that direct access (through ownership of land, water, etc.) the survival of those who don’t control resources usually depends on making employment contracts with those who do. If saying no to working for a resource-owner threatens a person’s existence, that person is not truly free. Access to a basic income would simply replace our former access to natural resources—thus restoring an essential freedom: our “power to refuse.” (Widerquist has a book but it’s a pricey textbook, so see “Status Freedom” pdf at usbig.net/papers.php.)
Given the freedom to say no, what would we say yes to? My prediction: all kinds of meaningful work–including the work of saving a planet from disaster. This is work already being done by a powerful minority of passionate, creative, skillful people. But it’s often being done around the edges of time-consuming day jobs which, given the urgency of our global crises, we might choose to refuse. A basic income might launch our collective genius directly into the most important work we’ve ever faced. It just might turn the social safety net into a safety net for the planet itself.
The Bread and Roses Strike redefined basic needs to include roses. One hundred years later let’s make that definition stick–and let’s take the next step. It’s time to embrace a new definition of work as expansive as the poet Mary Oliver’s:
“My work is loving the world.”
– from the poem “Messenger”
Sherill Hatch blogs at fulljoy.us