Bread and Roses: A Gift Economy

by Sherill Hatch
“The worker must have bread, but she must have roses too.” This labor slogan reminds us that an economic system that devalues beauty, pleasure and art makes a false distinction. We need new models which recognize that both bread and roses are essential. 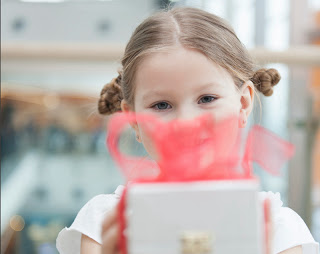 When my daughter was four or five she announced one day, “We don’t really need money. It’s not the best way to get the things we want.” I agreed, explaining that many cultures use barter. She responded emphatically: “No, I don’t mean trading. The best way is for people to just give each other things.” Despite all my explanations about how things really work, she remained adamant that gift-giving could be the basis for the whole economy.
Well, I’ve recently discovered she may have been right. It turns out that the idea that barter was humans’ original means of exchange, later replaced by money for greater efficiency, is not at all supported by anthropology. Contrary to what we’ve all learned in Economics 101, barter is relatively rare in hunter-gatherer societies. Instead, these cultures often operate by a complex, ritualized web of gift circulation. Though anthropologists differ in precisely how to interpret the giving they’ve observed, it is clear that it’s not just our familiar system minus the money.
I first encountered these concepts in an inspiring book called Sacred Economics: Money, Gift, and Community in an Age of Transition, by Charles Eisenstein. Here are some features of the ancient systems that Eisenstein and others have called “gift economies”: Material goods are not hoarded, but flow continuously—so current needs get met and the good fortune of one becomes the good fortune of all. Gratitude for a gift inspires more giving, either back to the giver or forward to another. No one is excluded. People gain status by being publicly generous. There is no distinction between commercial transactions and gifts. The reciprocal obligations the participants incur help hold the society together.
What would it be like to build new economies like this, founded on abundance and connection rather than scarcity and separation? A surprising number of individuals, groups and businesses embrace the gift economy concept—from free and open-source software to donation-based health care clinics to the Occupy movement. Sacred Economics offers more examples. Many, including Eisenstein himself, ask the recipient of their goods or services to pay whatever amount best represents the value received. The receiver’s gratitude and ability to pay determine the return gift.
When everything is seen as a gift, the distinction between bread and roses fades away. And so does the division between those who can “afford” roses and those who cannot. Both bread and roses are free to flow to whomever currently needs and values them. I am taking steps in my own life to live in this gift-oriented way. If you’d like to explore with me how we can pioneer this new/old kind of economics, contact me through my blog at fulljoy.us.