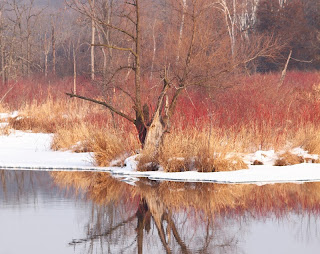 Root beer was originally always fermented. The process was originated in North America using a variety of native branches and roots for flavor. The fermentation process creates the carbon dioxide that makes it bubbly. The home-brewer has the choice to bottle the batch right away for a soft drink, or let the brew go a little further to build alcoholic content.

By the late 1800s, although carbonation by fermentation was still popular, it was not uncommon to force carbonate (inserting CO2 using high pressure). Sassafras branches created the well known flavor of root beer, but many ingredients, some local, can be used to add that distinct flavor to your batch—vanilla, wintergreen, cherry tree bark, licorice root, sarsaparilla root, nutmeg, acacia, anise, molasses, cinnamon, clove, and honey.
There are two ways to make root beer—using an extract or making it from scratch. You don’t want to use the extract, do you? You want to make root beer from scratch, don’t you? (If you’d like to start with the an extract batch, a good source of quality root beer extract is Hop Tech, a home/micro/pub brewery supply store. They have two styles of root beer extract, both made from natural ingredients. homemadesodacompany.com.)
ROOT BEER FROM SCRATCH
Well, here’s how to do it. The first thing you need to do is gather your roots, barks, and herbs (purchase safrole-free sassafras at a brewer’s store because recent studies have shown that this natural, oily insecticide within the branches may be carcinogenic). What do you gather? The Hires root beer recipe is a great source, but there are a couple of items that you must have, and a few that you should have.
Must Have:
• Vanilla (real vanilla, but not the bean)
• Wintergreen
Should Have:
• Ginger
• Licorice
• Sarsaparilla
The actual amounts that you use are up to you, but it is generally an ounce of each ingredient. Wintergreen is the main ingredient used in root beers today, so use more wintergreen and less other ingredients for a post 1960 tasting root beer (2½ oz. wintergreen, ¼ oz. other ingredients). A little later I’ll provide you with a real root beer recipe used in the 1890s, which includes exact measurements.
When the roots are gathered they should be rinsed in clear water. All dirt and tops should be removed. Roots that are heavy should be cut or split. When it comes to barks care should be taken that the woody part is removed. The inner skin is the part of the bark that will be used. Herbs and leaves must be gathered when the plant is in seed or flowering stage (or purchased at a supermarket). Use just the leaves with no stems. After washing, these items should be laid out to dry, and care should be taken so that they are spread out where the air can get around them to prevent molding. Or go buy them at a health food store.
Now just boil the ingredients for about 30 minutes, remove the roots and herbs, and proceed to the fermentation stage. Vanilla beans contain very tiny seeds, so don’t use the bean unless you’re prepared to filter the liquid first (boiling the bean without slicing it open doesn’t provide enough flavor).
Pour your flavored sugar water into a bucket that can be covered, and then add a package of ale yeast when the liquid’s temperature is warm (about 75˚F). Over the next 12 hours the yeast will start eating the sugar and huge amounts of carbonation and foam will result and then subside. Now it is time to bottle. But before we bottle, just a note. Do not use champagne yeast, which is often recommended by root beer manufacturers and books written 20 years ago. Champagne yeast has been developed to live at much higher pressures than ale yeast and your root beer can continue fermenting until the bottles explode. The type of yeast that you use will substantially affect the final flavor, so experiment. Liquid yeast costs a lot more, but tastes much cleaner and should probably be used if you’re making a traditional root beer from natural ingredients.
One important thing to remember, keep everything clean! Bacteria can easily contaminate your root beer and make it really nasty. Along the same lines, don’t leave your root beer exposed to air, keep it covered, or bacteria will get in.
Let’s get this stuff bottled. After the initial carbonation subsides, about 12 hours, you can start bottling. If you don’t have a good uniform fermentation going, you might want to consider letting it ferment another 12 hours or so, which will help ensure you have a uniform yeast population throughout the brew. Once again, any homebrew supplier can help with bottling supplies. You will need a bottle-filler, which is much easier than a funnel, and keeps your root beer from being exposed to air. You will also need some bottles. Make sure all bottles are clean (you have to guard against bacteria). Now all you have to do is transfer the root beer to the bottles. You will need to keep an eye on the bottles. Once the pressure in your bottles gets to a certain point, the ale yeast will be killed off because it can’t live in a high-pressure environment.
The next step is to enjoy your homemade root beer every chance you get. If you have time, share your brew stories with the Country Wisdom News readers by writing countrywisdomnews@gmail.com.
A couple of recipes:
Sarsaparilla mead: 1 lb. Spanish Sarsaparilla, boiled in 4 gal water for 5 hours. Add enough water to have 2 gal. Add 16 lb. sugar, and 10 oz. tartaric acid. To make a tumbler of it, take 1/2 wine glass of above mix, add water to fill tumbler and add 1/2 tsp. soda (baking soda)
–Beecher’s Recipe Book 1857
Root Beer (Medicinal): For each gallon of water take hops, burdock, yellow dock, sarsaparilla, dandelion and spikenard roots, bruised of each ½ oz. Boil about 20 minutes, and strain while hot. Add 8-10 drops of oils of spruce and sassafras mixed in equal proportions. When cooled to a warm temp add 2-3 tbsp. yeast, molasses 2/3 pint, or white sugar 1/2 lb. Put the mix into a jar, with a cloth covering it, let it work for 2-3 hrs, then bottle and set in a cool place.
–Dr. Chase’s Recipes 1869
My recipe:
Approximately 2 oz Sarsaparilla
Approximately 2 oz Sassafras
Approximately ½ oz licorice
2 oz wintergreen leaves
2 ½ pounds sugar
2 gallons water