BCDF: Pictures from a Picturesque Locale

by Terence P Ward
Out-of-towners might not give the hamlet of Kerhonkson a second thought while driving by on Route 209, which runs through its main business district. But leaving 209, you discover a sweet, small, bucolic community that has been undeservedly overlooked throughout the years. The hamlet is bisected by a town line; part of it lies in Wawarsing and the rest in Rochester, which can sometimes make it difficult to get things done. The bridge over the Rondout Creek was out for over two years, bisecting the community in another way entirely until Ulster County’s first executive figured out how to pay to replace it. There’s no municipal water or sewer infrastructure, and much of this part of the county has spotty cellular service and no cable, which can turn potential businesses off.
One business that did not overlook Kerhonkson comes from an unexpected industry: movie making. BCDF Pictures has had its headquarters in a converted horse barn here since 2008 or 9, according to co-owner Claude Dal Farra. “I bought the land in 2007, and started making movies in 2010,” he recalled. The studio is a family business, co-owned by Dal Farra’s brother and sister-in-law, “which is a lovely way of working,” he said. Born in France, Dal Farra thinks that this seemingly out-of-the-way location is ideal for solving many of the young production company’s problems. Only a couple of hours from New York City makes it “very convenient” for meetings in the metropolis, and there’s a tremendous amount of talent in the local and metropolitan areas to draw upon. “It’s more complicated dealing with Hollywood with the time difference, and five-and-a-half hour flights,” he acknowledged, but not impossible. “I go to Los Angeles once a month for a week to do what I have to; part of our company is out there.” The location is also more practical for European and African projects, as the six-hour time difference is much more manageable than anything on the West Coast would allow.
BCDF has made some local headlines when it has filmed in the Hudson Valley, including the 2011 movies Higher Ground and Peace, Love, & Misunderstanding, which led to sightings of Jane Fonda in Kingston. Given his druthers, Dal Farra would see a lot more filming right in Kerhonkson or at Hudson Valley locations, saying, “After all, who wouldn’t rather work at home?” However, there are pressures that can work against that decision, and not every project’s budget can absorb those costs. Among them are housing and transportation for crew members, all according to stipulations in the various union contracts that they operate under. “It’s not always economically possible” to film here for those reasons. Like many other states, New York has generous tax incentives for film companies, but they don’t quite offset how expensive this state is compared to other parts of the world. Recent projects have been filmed on Long Island and in New Mexico, and the company is also considering some locations in Europe and Africa, where labor costs are lower. However, two of the projects now in casting—which means it’s too early for even a working title—are being considered for local filming; two others are expected to be made in Manhattan.
The immense horse barn still contains a dirt-floor horse arena from its prior life, but more than half of the building has been converted to studio and office space. When shooting is in a distant locale, only seven or eight people may be at the facility, which boasts solar panels and an organic garden to keep the crew fed. During a local shoot, that number can quickly rise as the full, beautiful mayhem of a movie production comes home to roost. 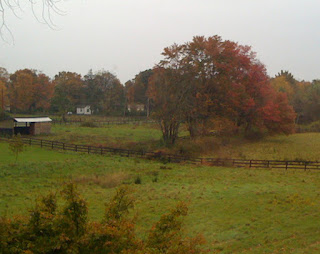 Dal Farra said that he likes “studio-friendly movies that have a message,” essentially occupying a space somewhere between the summer blockbuster and the erstwhile Oscar nominee. “Dramas, comedies, science fiction, adventure, and movies aimed at teens,” came rolling off his tongue, followed quickly by what they do not do: “nothing violent, and no horror at all.” Female-centric movies are also a particular focus; Dal Farra said that, “women are a very underserved audience, and take up 50 percent of the moviegoing population.”
The studio gets most of its ideas submitted by writers. “We get more than a hundred submissions a month,” Dal Farra said, but they also do some outreach to agents and managers when seeking new projects. He wouldn’t mind seeing some of the films produced in this beautiful area receive awards, but his primary goal is to make movies that people enjoy seeing.
For more information on BCDF visit bcdfpictures.com.