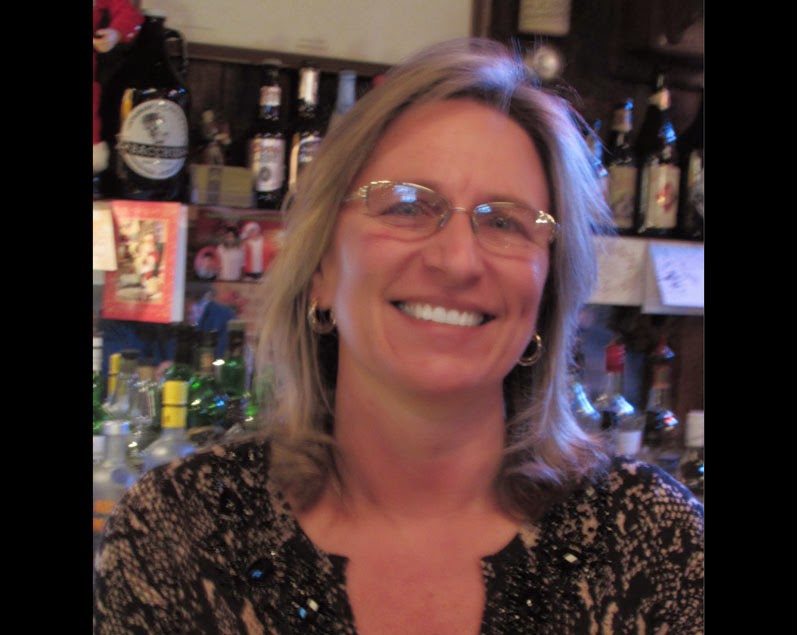 Ulster County native Wayne Bradford opened Bacchus in 1974, after a year of intensive renovation. A decade later, the establishment was thriving when the beautiful, smart, young Linda Donnelley came to New Paltz for college. She was studying Communications with a minor in Journalism, and she needed a side job. So she started bartending at Bacchus. And she has been involved with the business ever since. (Wayne and Linda got married in [year].)

These days, Linda oversees the day-to-day operation of the restaurant, while Wayne holds a post affectionately called “Chief Visionary Officer,” or CVO. He is a driving force for innovation (and renovation). Linda says of his creative genius, “Wayne is the only one who would think to punch a hole in the wall and create an adjoining billiard room. He is the only one who would think to enclose an alleyway to make a cooler that would hold 500 beers. He saw the property’s backyard and said ‘I can seat a bunch of people back here.’” So they made a big, tiered back patio. Linda summarizes this ability, saying, “Wayne can see what isn’t there yet and create it. A lot of people focus on the reasons why not to do something, but Wayne just goes for it.”

At its heart, Bacchus is a craft beer bar. Several years ago, the Bradfords decided to have 99 bottles of beer on the wall. Over time, their selection grew to over 400 bottled beers. Linda says proudly, “We also have a killer tap selection.” The restaurant boasts 15 taps currently, and is planning to up that number to 25 soon.

And as if that wasn’t enough to choose from, last year they started their own brewery. Jason Synan and Mike Renganeschi, Bacchus employees, shared a passion for homebrewing and began making beer on Mike’s porch, around the corner from the restaurant. When they would finish a new brew, they would run it over for the customers and their fellow employees to try. Linda recalls, “People were saying constantly, ‘If you guys sold this here, we would buy it.’” So the Bradfords went for it, much to the elation of Jason and Mike. Linda praises their talents, saying, “They are very detail-oriented. They are very good at brewing beer. And they are having fun with it.”

Now the restaurant is equipped with a three-barrel brewing system that can put out six half kegs once or twice a week. The brewers are experimenting with all types of beer from farmhouse ales and IPAs, to stouts and sours, their specialty. They are also experimenting with barrel-aging and Mike just returned from a malting seminar. All signs point to many new delicious beers to come.

Impressive undertaking does not end there. In 2013, the Bradfords purchased the Byrd farm property on Route 209 in Kerhonkson, now renamed Bacchus Farm. They have a total of about 50 arable acres. Mike is going to live with there his girlfriend in a tiny house on wheels, and run the farm. They will grow hops and barley organically and compost all of the food scraps from the restaurant.

Linda says affectionately, “Mike is way into everything environmental.” She acknowledges the positive impact that the eco-friendly attitude held by Mike and several other staff members has had on the business. “We are striving to going in that direction more and more.”