B is for Benefit: Reframing the Objectives of Private Enterprise

by Anne Pyburn Craig
Must private enterprise exist solely for the sake of profit? This is the long-held assumption, but a growing organization called B-Lab is striving to reset the entire conversation, and

they’re gaining ground as public awareness shifts toward social and environmental responsibility and the concept of a triple bottom line.

If most people are accustomed to thinking of corporations as greed-centered entities focused on a single bottom line, that can’t be blamed on most people. Focus on profit to the exclusion of all else is even written into corporate law, clearly stated in a 1919 court decision against Henry Ford. Ford told his shareholders that instead of increasing their dividends, he wanted to put profits back into the company, hire more people, and lower the price of cars. His stockholders sued him and won. 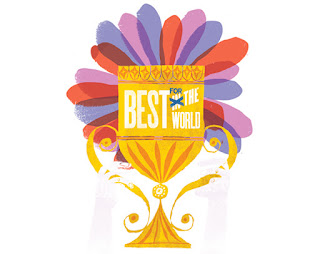 “A business corporation is organized and carried on primarily for the profit of the stockholders. The powers of the directors are to be employed for that end,” wrote the judges, invoking what has come to be called shareholder primacy.
It’s been that way since the dawn of the industrial age, although our founders reputedly intended corporations to remain tightly reined in and shareholder dividends to be a side effect of serving the public good. Powerful 19th century trusts and conglomerates managed to manipulate those early intentions into a pretzel so that profit reigned supreme. Arguably the most horrifying part of the notion of corporations being considered “people’ is that the vast majority of them seem to be such selfish ones. As in the case of Ford, this legal landscape can force corporate leadership into actions they themselves don’t like.
That was the case in 2006, when idealistic capitalists Jay Coen Gilbert and Bart Houlahan found that they were obligated to sell their $250 million basketball apparel company to the highest bidder despite the fact that they’d rather have sold it to someone else. It was the last straw. With longtime friend Andrew Kassoy, a private equity investor by trade, they founded B Lab, an organization that makes a bold bid to reframe the entire paradigm. The organization offers private enterprises third-party certification based on stringent standards of social and environmental performance, accountability, and transparency. In nine short years it has gained over 1,400 members in 42 countries and 130 different industries and gotten benefit corporation laws passed in 23 U.S. states. The goal is nothing less than to redefine success by legalizing, defining, and promoting social benefit as a corporate goal.
Your Friendly Neighborhood B Corps
“This is not a fad and it’s not going away,” says Ajax Greene of Gardiner, founder and CEO of On Belay Business Advisors and founder of the Hudson Valley nonprofit Re>Think Local. “The consumer is hungry for this; in fact, I think there is way more demand than is being met. Businesses are unwittingly leaving money on the table by not pursuing social and environmental goals.”
On Belay was one of the original certified B Corps, back when there were only 87, and Greene lives up to his commitment in a number of ways: ensuring that well over half of his office supplies and over 75 percent of his printed materials are made from recycled and/or sustainable materials, purchasing carbon credits to offset the company’s footprint, and banking with a local independent bank. On Belay also offers some pro bono business consulting to local small businesses and nonprofits.
“B Corp is poised to become the next Good Housekeeping seal of approval for companies,” says Greene. “A lot of greenwashing goes on; companies do one or two things right and then try to promote themselves as great. People are tired of that and can see through it. B Corp certification offers an objective, rigorous measure of a corporation’s social commitment.”
Greene can point to statistics that back up consumer interest in the issue. “Ninety-one percent of consumers will switch brands to support a cause they believe in, 84 percent expect companies to take care with what they are doing, and 79 percent prefer to deal with local business,” he says.
One hundred New York State businesses are B Corp certified, in industries as diverse as law, clothes laundering, eyewear, and home health care. Corn Cow Inc. in Accord was amongst the first B Corps in New York State. Topical Biomedics in Rhinebeck, consulting firm Adaptation Inc. in Hudson, and Zero to Go, a Beacon-based waste management company, are other Hudson Valley B Corps. 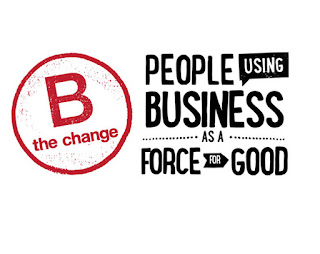