A perfect sun storm brings cost of solar panels down 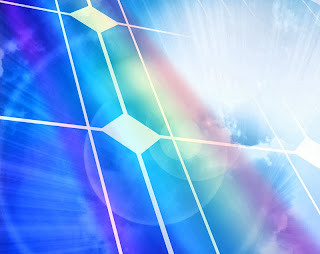 The solar industry is facing a perfect storm as economic and political factors converge to push the price of home solar installation down. Manufacturers, which promise to bring high-paying skilled jobs to the Hudson Valley, struggle to get a toehold in a competitive global market. At the same time as the price of the manufactured photovoltaic panels drops, government incentives that push the cost for homeowners down even more are becoming less generous. Regardless of your perspective, it’s a do-or-die time for solar power.
“The cost of panels is coming down, and combined with New York state incentives, more and more people can justify installing a system,” said Carl Meyer, president and CEO of The Solar Energy Consortium (TSEC). Those dropping costs, however, haven’t made it easy for the budding local solar manufacturing industry; Rather than coming from improvements in manufacturing efficiency, they’re the result of a price war with Chinese suppliers, operating with much lower labor costs.
“The purpose of TSEC is to create an industry and encourage manufacturers to move to the Hudson Valley,” Meyer explained. Faced with stiff competition from Asia, the new businesses have had to get lean or get out, but that isn’t necessarily bad news. “It’s a fairly typical market shakeout,” he said. “People try to use the latest in technology and productivity opportunities to lower costs, and as the prices come down more competition enters the market.” That has been the situation for the past two to three years, and, “Along the way, those who are not able to compete, die.” The resulting market shifts have caused the successful American companies to scale up to cut costs, while the small ones faded to black.
Photovoltaic cells have come a long way since the 1973 oil embargo. The technology has been used to power satellites since the 1940s, according to Tom Kacandes, but it took threatening the nation’s oil supply to kick start efforts to make solar into an alternative energy source. Kacandes owns Sunrise Solar Solutions, LLC, which operates out of Briarcliff Manor.
“Solar cells were invented by Bell Laboratories as a way to boost voltage on long telephone lines,” he explained. Electrical voltage has a limit to how far it can be “pushed” from a power plant over a copper wire, a problem that existed long before fiber optics were invented. They were ideal for satellites, which get hit with the sun’s unobstructed rays. After the embargo, engineers asked, “Can it be evolved to work better on Earth?”
Today’s photovoltaic cells are still made of silicon, the same element that makes up sand, refined to a glass-like form and electrically finished. Each silicon wafer converts the light that strikes it into electrons, which can then be collected and used as electricity. The wafers are soldered together and laminated to high-tempered glass, with a film stretched over the back. An adhesive seals the edges of the lamination to the glass, and the entire assembly is squeezed into an aluminum frame. There are no moving parts, which means that the panels have long lives; most are rated for 25 years or more.
“It’s reasonable to think a panel will make electricity for 40 to 50 years,” Kacandes said, although the amount will decline over time.
The woes facing American manufacturers are a boon for American consumers. “What you get, and what you pay for it, are the best value it has been in history,” Kacandes said. Like Meyer, he believes that price pressures and incentives are each contributing to the historically high value homeowners currently enjoy, but he doesn’t expect the situation to last long.
“The two current incentives for installing solar are as good as they’re going to get,” Kacandes said. There’s a federal tax break that is set to expire in 2016, and the New York programs are already starting to shrink away—and he isn’t holding out a lot of hope for renewal in either case. “The trend is to reduce incentives, unless they’re for oil companies,” he said, despite the fact that solar panels improve the resiliency of the grid by distributing power generation more evenly.
That leaves a limited pool of money, which is being stretched as far as possible. Kacandes recounted the tale of a Putnam County client who was eligible for an incentive of $1.75 per watt of rated capacity, or $17,500 on a 10,000-watt system. They waited, and by the time they installed that number had dropped to $1.40. “I am not a pushy salesman, but the reality is that other customers will gobble up the incentives, and the deal will be less,” he explained.
While the incentives are a moving target, Kacandes said that most home systems today end up costing less than $10,000, which is quickly offset by lower electricity bills. Central Hudson charges a flat metering fee to be hooked up to the grid, allowing solar users to rely on it when there’s little sun, and spin their meter backwards when they produce an excess. The technology for storing solar energy in batteries is still in its infancy.
Unfortunately, not many homes in the Hudson Valley are suitable for solar. Older homes weren’t oriented to maximize the sun they receive, and there’s also what Kacandes calls the “Woodstock vibe”—people living under trees in the woods. He estimated that Ulster and Dutchess counties could have cost-effective solar on 20 to 25 percent of homes, with as little as 15 percent down in Westchester. Even his own home is too tree-covered for the panels to make much sense.
But for those whose homes are well placed, this is the best time to consider a solar project. The government incentives are as high as they’re likely to get, and the price of panels has hit rock bottom. While our leaders may choose to take those incentives away, they are just as likely to try to protect this young American industry with tariffs, so before long, prices could start climbing again.