The Family Business Started With Farming In Mind 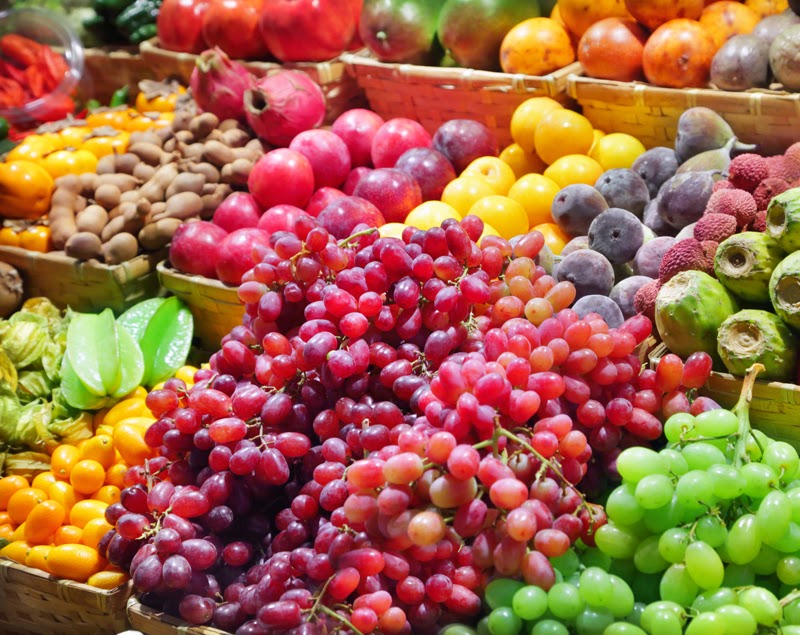 If you ask local folks around here what their favorite supermarket is, or where they typically go for their gardening needs, chances are you’re going to hear “Adams” pop up in the responses you get. Adams has built a reputation in the Hudson Valley as a flourishing, independent, family owned business with a history in our area—longer than you might think!—and a great, aesthetically pleasing place to shop. Walking in to the Kingston store or any of the other locations—Poughkeepsie, Newburgh, and just recently, Wappingers Falls—one gets the sense of being in a farmers market with beautiful and abundant displays of fruit and vegetables. And produce is just one of many departments you’ll find here.
First, some background: Adams has been around for several generations now. Started as a roadside farm stand by Ralph Adams in 1919 in Poughkeepsie, Adams has always been a family run business. Ralph Adams’s children and grandchildren have carried on the business, helping it expand and thrive. While at first only produce was offered, over time and with customer demand Adams began to offer dairy products, meats, and a deli. Then in 1960, they added the Garden Center, followed some years later by Adams Landscaping and Adams Fences. In 1981, they made the big move to open a second store in Kingston. This was followed soon after by the Power Equipment department at the Poughkeepsie store.
Things just continued to grow. Renovations were made, new departments added such as the Bakery, the Sweet Shop and the Salad Bar, and a third location, Newburgh was added in 1998. The newest location in Wappinger opened November 1, 2011.
Many Mid-Hudson Valley residents appreciate that a successful, customer-pleasing business like Adams is wholly independent, not owned by a major corporation. The spirit of holding their own and prospering as an independent business manifests in many ways. For one, Adams is very community minded. Bill Lessner, director of marketing, says that Adams donates thousands of dollars every year to a long list of local organizations and charities. They also offer several free community events. There is the Harvest Fest in the fall, and the upcoming Garden Show, which is a spectacular and inspiring arrangement of plants and flowers. The Kingston store hosts a series of seminars that take place in the winter on topics such as pie making, seed starting, and orchid growing. The Wappinger store offers similar seminars, on topics like gluten-free foods, fondue for couples, and Hudson Valley cheeses, as well as a variety of others. The Newburgh and Poughkeepsie stores offer annual seminars as well.
Besides its focus on community, Adams cares about supporting local growers as well. Whenever possible, especially in summer, the produce you find at Adams is sourced from nearby growers. The same is true in the meat and dairy departments. Lessner noted that because of Adams’s origins in farming, it’s their tradition to buy local. At the same time, Adams is proud to offer many international products that people like, such as pomegranates, imported cheeses, and gourmet items like exotic and Fair Trade coffee. The meat department is more traditional than a typical grocery store in that the butchers will cut, trim and season meat for a customer. Their ground meats are prepared in the store, with no fillers.

Still not convinced that Adams is measurably different from the big-name, corporate-owned supermarkets? Lessner explains that when you wander into an Adams store, you’ll notice something different in the atmosphere, largely due to the fact that each manager is encouraged to put their personal touch into their department. They can do their own buying and will also do special orders for customers. While many of the products are available at all locations, there are some products at each store that are only available at that particular store. The Poughkeepsie store is unique in having a sweet little cafe and ice cream parlor, while the Kingston store has a new housewares department.
Once you’ve taken care of your food shopping, don’t forget the fun parts of the store like the Sweet Shop, where you can inquire about ordering gift baskets; the Flower Shop, full of gorgeous blooms from near and far; or in some stores, the Gift Shop.
As we look forward to spring coming, it would be a good idea to visit Adams Garden Center and Nursery. Don’t miss the annual Garden Show in Kingston, and afterwards you’ll enjoy looking over your needed tools, supplies and plants.