A healthy diet to live by

Cleanse and Detox for the New Year
by Rebecca Horwitz 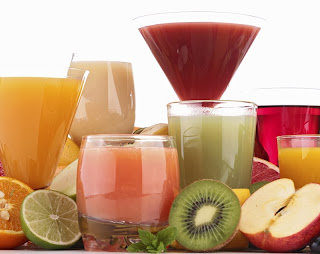 It’s January, a time that many people look for areas to improve in their lives. Maybe you make New Year’s Resolutions, or maybe you know better by now. In any case, personal health is a big one for folks to reflect on, whether they need to lose weight, gain energy, tone and strengthen, or improve their immunity. Typical approaches to improving one’s health involve starting the latest trendy diet or joining a gym. But there is another approach to getting healthy that focuses on lifestyle changes to cleanse the whole body of accumulated toxins, thereby allowing the various systems of the body to function more smoothly. This leads to long-term transformations in health, instead of the short-term results often seen following typical dieting and exercise programs.
Hillary Thing of Accord Acupuncture is an expert on the benefits of the cleansing lifestyle. I recently started an online program that she leads called Radical Radiance, an eight-week step-by-step course in which she provides instruction and support to those wishing to learn these methods for health transformation.
“Cleansing is a foundational part of becoming healthier, whether it means weight loss or better immunity. Everyone needs to do this,” said Hillary. One of the first and simplest practices she advises clients is to start drinking water with lemon, every day. This not only rehydrates the body, but works as a gentle liver detox. Another important practice, one that requires buying a juicer, is to start drinking freshly made vegetable juices. This provides many health benefits and is very easy on the digestive system, which is helpful if one’s digestive system is sluggish. Not sure you want to commit to buying a juicer? First try ordering fresh veggie juices at The Last Bite in High Falls. Personally, I thought veggie juices would be unpalatable but I was pleasantly surprised to find that they have a nice kick to them and the lemon I added made them nice and tart. The flavors change according to what you use, obviously. The best thing about fresh juicing is that I noticed an enlivening effect; I literally felt rejuvenated after drinking them.
Participants in the Radical Radiance program receive Hillary’s weekly resource guide, which explains a new practice, and offers recipes for juicing, smoothies, raw food dishes, desserts, and snacks. One week was all about the importance of including “ecstatic movement” (Hillary’s term for exercise) into the daily routine. Most of the practices have to do with eliminating toxins from the body. We learned the various ways that elimination can happen, including one that makes most folks cringe—enemas. “Nothing aids detoxification like an enema,” says Hillary. In this program we learned that enemas are key to improving colon health and can be safely and easily done at home.
Hillary does warn against jumping in too fast with the cleansing lifestyle—as with anything else, such an approach can end up backfiring. “You have to ask yourself, what’s going to work for you long-term? It should be one step at a time. It’s a transition process.”
So, how should you get started if this approach to renewed health and vitality appeals to you? There is much to read online, but a good way to go is to start with a class or workshop. Hillary recently co-taught a series with nutritionist Holly Shelowitz called In the Raw, about cleansing by eating raw food. Raw food contains many vital nutrients that can be lost after cooking. Hillary says that this class will be offered again in the near future, so stay tuned and check her website (accordacupuncture.com).
If you feel ready to make a longer commitment, sign up for Hillary’s online class Radical Radiance, which is designed to be doable for people with busy lives. In this class, as I’ve tried to show, everything is broken down into small, manageable pieces. Many techniques are introduced for transitioning the body and mind into greater health, and support is available if a student needs it.
The structure of the class revolves around a 21-day detox and juice fast, in which solid and cooked foods are gradually removed, culminating in a 3-day juice fast. This cycle is repeated twice. I won’t tell you it’s easy, but the experience of temporarily removing all the mainstays of my diet was illuminating.  In fact, there’s much to learn from undertaking a cleansing routine. Why not look into that this year instead of a diet?