One of the viral jokes being posted on Facebook in recent weeks goes like this: Three people are sitting at a table—an executive, a union representative, and a worker. There are ten cookies on the table. Suddenly, the executive grabs eight of the cookies, leaving one each for the other two. He then points to the union rep and says to the worker, “Look out for this guy. He wants to steal your cookie.”
This joke encapsulates what many are feeling these days, that the economic playing field has been tilted too far in one direction. The Occupy Wall Street (OWS) movement, for example, has spent quite a bit of time talking about what has become known as the “1%,” that group of individuals at the top of the income scale who seem to have the vast majority of the cookies. With annual incomes in the millions of dollars, this upper strata of earners are the ones who call the economic shots—often at the expense of the rest of the 99% who are left to fight over crumbs.
And there’s no doubt that the huge disparities between the haves and the have-nots is a significant part of the angst many are feeling. For those sympathetic to the Occupy Wall Street movement, income disparity is just another symptom and sign that something in this country has gone terribly amiss. We work longer hours, see fewer benefits, make less money in real dollars, and see our already inadequate social safety net being slowly dismantled.
But how do we quantify this? In other words, just how far has the playing field tilted? According to an article by Dave Gilson and Carolyn Perot published in Mother Jones magazine earlier this year, one percent of Americans currently account for 34.6 percent of the net worth in this country. That’s one person in a hundred wielding over one third of the economic power. When you extend this outward a bit further, to 10 percent of the richest Americans, the numbers are even more startling. Currently, 10 percent of Americans control a staggering 73.1 percent—or nearly three-quarters—of this nation’s wealth.
Income, too, shows huge disparities between the top and bottom tiers. According to the Congressional Budget Office, the top one percent of Americans have seen their income increase nearly fourfold in the past 30-plus years (adjusted in 2007 dollars). Meanwhile, the bottom 20 percent hasn’t had a raise. Translated another way, the top one percent have seen their share of the nation’s income more than double, while the bottom fifth have seen their piece of the pie shrink by nearly a third. Numbers like these should give pause to even the most ardent free marketeer.
Princeton economist and Nobel laureate Paul Krugman has spent quite a bit of ink on this phenomenon. Writing on his NY Times blog, The Conscience of a Liberal, Krugman identifies three key periods in the 20th century when it comes to wealth distribution in the US. After what he refers to as the Long Gilded Age (the late 19th and early 20th centuries), the nation underwent what Krugman refers to as a Great Compression (late 1930s through mid-1940s). During these decades economic disparity dropped considerably. And from the late 1940s onward, things were much more equitable, according to Krugman.
“It was a society without extremes of wealth or poverty, a society of broadly shared prosperity, partly because strong unions, a high minimum wage, and a progressive tax system helped limit inequality,” he writes. “That’s the country I grew up in.”
But the late 1970s came along and things started to skew back in the other direction. Slowly, inexorably, we’ve managed to get back into a situation in which wealth continually creeps upward, while poverty continues to roll downhill with increasing velocity. Krugman calls this, the period in which we are now living, the Great Divergence.
“Between 1979 and 2005 the real income of the median household rose only 13 percent, but the income of the richest 0.1% of Americans rose 296 percent,” Krugman writes.
And things have only gotten worse in the past several years.
This has led to a situation in which the fruits of living in the world’s largest economy have for many become all too bitter. There are currently 42.6 million Americans living in poverty, which is defined as a family of four earning less than $22,350. Stop and think about this for a minute. This is 15.1 percent of the population who are attempting to live, and raise two children, on a sum that would barely support a single person here in Ulster County. 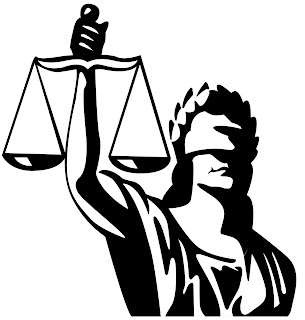 So, these are the numbers. We can massage them all we want, but it won’t change the fact that these statistical abstractions have embedded in them the lives of real people. In another example of how far off the economic rails we’ve gone, the advocacy group Wider Opportunities for Women (WOW) recently released a report entitled: Living Below the Line: Economic Security and America’s Families. The report concludes that, currently, 45 percent of Americans “struggle to make ends meet.” These are the folks who live just above the poverty line, a group of people for whom even the smallest unexpected expense—car repair, a doctor’s bill—can mean months of hardship.
The folks in this segment of the population have become what is known as “the working poor,” people who have jobs, sometimes several jobs, none of which pay a living wage, provide good benefits, or offer any kind of long-term economic security.
College graduates do fare much better in the current economic climate, according to WOW. But even this group is beginning to feel the relentless creep of poverty. Currently, 21 percent of households headed by someone with a college degree lack economic security.
“In the past, threats to economic security were supposedly clear—dropping out of high school, being a single parent, or having a large family. In today’s economy, we cannot assume we know who lacks security,” the WOW report states.
So, where do we go from here? Many have advocated for a modest adjustment on the top-tier tax rate. This will happen automatically at the beginning of 2013, when the Bush Tax Cuts expire and the top marginal rate moves from 35 percent up to 39 percent on income in excess of $250,000 per year. Deficit hawks will also be pleased to know that this automatic adjustment will close the nation’s debt by $3.6 trillion dollars over the next ten years.
But won’t an increase in marginal tax rates stifle economic growth? If history is any guide, the short answer is “no”. Throughout most of the 20th century, the top tax bracket was actually much higher than it is at present. The fact is, we have to go all the way back to the era prior to WWI to see a period in which marginal rates are lower than they are now. In 1916, the top tier paid 10 percent of its income over $250,000 in taxes. This was changed two years later, in 1918, when the top rate jumped to 72 percent! Yes, you read that number correctly. The rate was more than double what it is now. This actually peaked in 1952, when the top bracket paid a staggering 92 percent. From 1942 through 1962 marginal rates never dipped below 88 percent. Those who are a bit older will remember these two decades as being among the most prosperous in this nation’s history, an era in which our government had the resources to take care of its own—and a one-income household could afford to purchase a home and send its kids to college.
Whether we can ever return to the prosperity that our parents and grandparents knew remains an open question. In the interim, we need to be keenly aware that many of our neighbors continue to struggle. And now that the holidays are upon us, we should also remember that this is the season when poverty really hurts. Whether it’s a senior citizen neighbor, a down-on-his-luck member of the family, or a complete stranger, we as individuals can make a big difference in the lives of the less fortunate. And if our government can’t, or won’t, provide a strong safety net, it’s up to the rest of us to make this holiday season one that is remembered not for what we received, but what we gave.
Resources
wowonline.org
krugman.blogs.nytimes.com
Food Pantries in Ulster County
nyconnects.ulstercountyny.gov (click “emergency food pantries” in the left column)